Is Tesla in a tailspin?

Perhaps the esteemed Mr. Musk isn’t the business “genius” that he was purported to be. 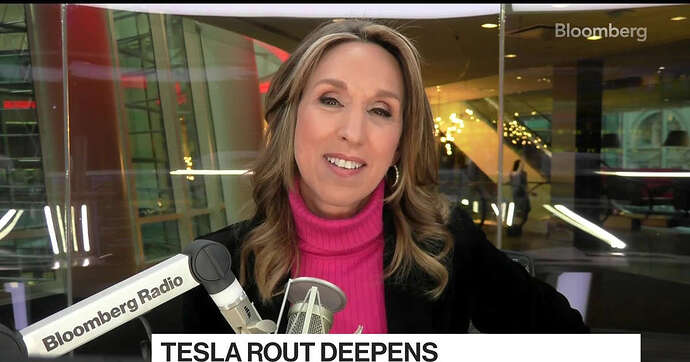 Why Tesla Shares Are in a Tailspin

The tailspin in Tesla shares accelerated Tuesday, marking the longest losing streak since 2018, as a report of a plan to temporarily halt production at its China factory rekindled fears about demand risks. Esha Dey reports on "Bloomberg Markets: The...

Maybe Tesla was wildly over valued??

At one point Tesla’s market cap was more than the 3 or 4 largest car companies combined. One Trillion Dollars! Maybe over valued because of Musk’s cult of personality rather than actual company value. That would the investor’s fault, not Musk’s business “genius” or lack. But Tesla’s China strategy did get derailed by Covid lockdowns and cheaper Chinese EVs from MG and others so that seems to be 1/2 circumstance and 1/2 bad decisions.

As full of bull plop Musk is, he did create a successful car company from nothing.

As full of bull plop Musk is, he did create a successful car company from nothing. 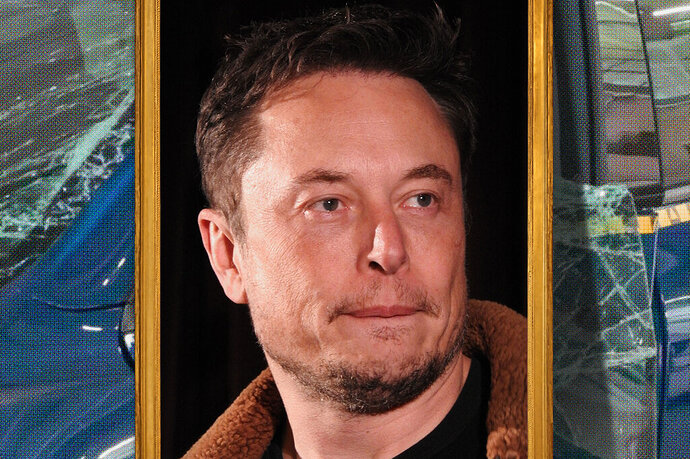 Opinion | Did the Tesla Story Ever Make Sense?

I can’t read the NYT article, but this, IMHO says it all. I did find Krugman’s quotes on another site. I find Krugman’s comments petty and shallow because he did not get to the real meat of the problem.

Many tech company startups fail because they don’t have a outrageous, wild-eyed, promoter like Musk.

Many tech company startups that make it to viability are brought down by the very same shameless promoter that launched them in the first place ( the Dale, the Elio, the Fisker Karma) because they cannot recognize the possibility that they are not the right person to now lead the company they created.

CEOs like Jack Dorsey stepped away from Twitter. Zuckerberg still helms Facebook and I am surprised he’s expanded and monetized it. Musk was the right personality to launch Tesla but may not be the right one to lead it now.

… which would qualify him for blue ribbon membership on Twitter… as long as he didn’t make any statements criticizing Mr. “Free Speech” Musk.

Under the new ownership, anything goes–except for posting negative statements about Elon.

Is that type of policy legal?
Sure!
Is is wise?
Probably not.
Is it hypocritical?
Absolutely!

General Motors is worth 1/10th of Tesla? Don’t seem right.

he did create a successful car company from nothing.

Actually no. Two other gentlemen started it, but Musk did invest early on and very likely is the reason for its success.
Tesla, Inc. - Wikipedia.

IN 2019, Tesla was the most shorted company in the stock market. Short Selling Stocks: the 15 Most Shorted Companies in the Market

IN 2021 Tesla ceased to be the most shorted company. Then the Gamestop thing happened.

Where are the short sellers now?

Under the new ownership, anything goes–except for posting negative statements about Elon.

Musk’s purchase of Twitter is the reason for his “fall from grace.” It has only now spurred an analysis of his management style which seems wholly consistent both pre and post twitter purchase. If there is criticism now for his management style, why wasn’t it present before??

Because he was “Electric Jesus”, as Aussie YouTuber John Cadogan calls him, changing the world with EVs

Who is next for the outrage? My guess is the outrage will be directed to the company that created the Pious (Prius) whose CEO stated the inconvenient truth about the EV market 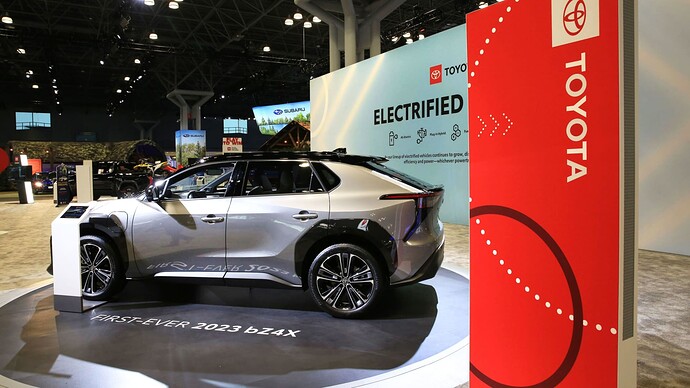 Toyota CEO doubles down on EV strategy amid criticism it's not moving fast...

Toyota CEO Akio Toyoda said Thursday the company will move forward with plans to offer an array of so-called electrified vehicles for the foreseeable future.

May be just a simple supply/demand issue. In early San Francisco gold rush days a barber could charge $10 for a haircut. Very few barbers. A year later, lots of barbers, 25 cents.

This seems like a very even-handed analysis of Tesla’s turmoil: Rocky ride: Tesla stock on pace for worst year ever

LOS ANGELES (AP) — Owning Tesla stock this year has been anything but a smooth ride for investors. Shares in the electric vehicle maker are down nearly 70% since the start of the year, on pace to finish in the bottom five biggest decliners among... 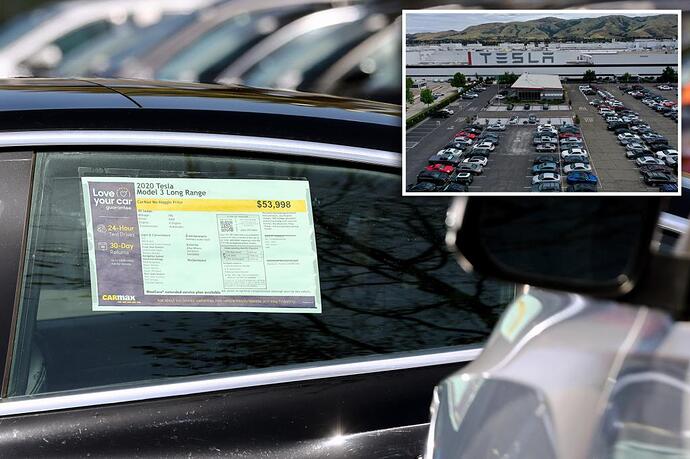 The days of paying a premium for a used Tesla are seemingly in the rear-view mirror as demand for the pioneering electric vehicle plummets. The price of a used Tesla has plunged 17% in the past fiv…

It’s even possible that the market has reached its saturation level for that marque. When I take my weekly drive to Princeton, the number of Teslas that I see during my 28 mile round trip is nothing short of amazing. I used to count them, but I gave up when my usual total was close to 30 on that relatively short drive, on a sparsely-traveled secondary highway.

How many more can they sell in this area? I’m guessing… not a lot…

How many more can they sell? I’d say, every driver could buy an ev if they decided too.

Well he has sold more than Gm so there is that. All of a sudden everyone hates Elon. I wonder why? I never did like the cars though. Who was that actress that sold her Tesla and bought a vw founded by Adolf? Not the brightest bulb.

Tesla is the future, GM is the past.

IN 2021 Tesla ceased to be the most shorted company. Then the Gamestop thing happened.

Where are the short sellers now?

Hopefully, gone for good. Only a fool would short sell any stock, or buy stock on credit. Especially when the underlying investment strategy is purely speculative. Of course, people do all kinds of stupid things nowadays, and nothing really surprises me anymore.

General Motors is worth 1/10th of Tesla? Don’t seem right.

I used to be a loyal GM customer. That changed when they used bankruptcy to cast off their debts and screwed their investors and employees in the process. I’m no union man but that left a bad taste for me. They rose from the ashes with barely a mark when they should have a lasting stench. I won’t buy anything new from them ever again and I actually like the styling of the new Blazer…

I used to be a loyal GM customer. That changed when they used bankruptcy to cast off their debts and screwed their investors and employees in the process. I’m no union man but that left a bad taste for me. They rose from the ashes with barely a mark when they should have a lasting stench. I won’t buy anything new from them ever again

I agree with you on all points, but I still think that valuing Tesla at 10 times the value of GM is unrealistic.