Paint peeling Hood, Fender, Doors and inside the bed>

9 year old truck… Time for a paint job, at your expense.

Paint peeling Hood, Fender, Doors and inside the bed>

It’s almost always white paint that does this (or does it the worst). Why is that?

One of my former $600 trucks below. It was a 1995 model so it almost looked like urban camo rather than white at this point. It’s almost always white! 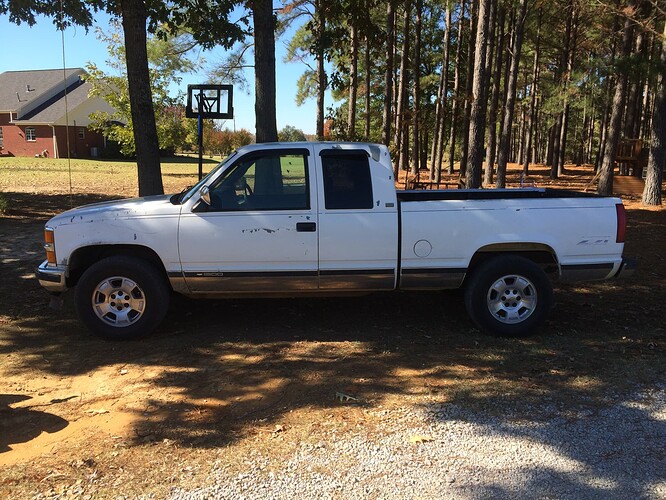 Let’s not forget that red paint tends to fade very badly. It might not peel like white paint–and especially Pearl White–but red cars that are not garaged tend to look pretty bad after 10 years or so.

Those who are as old as I am might recall that a lot of Navy Blue cars from the early '50s turned purple after a few years. Not pretty!

My wife had a red 70s Plymouth Duster when I met her. Her father bought it (new) for her so that she could commute to college. Just a couple of years after they bought it the red paint started to fade. She bought a yellow Cavalier a couple years before we got married. By the time we did get hitched, that car was fading too.

As the old joke goes, repaint and thin no more.

Fading can be somewhat restored with machine polish and wax if it is too far gone. Peeling though can not be fixed. Either it has lost it’s ability to adhere to the primer or metal, or the paint itself has failed. You can do it yourself for a few hundred dollars with the proper equipment, or pay someone several thousand to do it.