Hey Guys, I’m working on my 91 Camaro RS. I had a problem where my speedometer and odometer weren’t working. when the car would run for about 15 minutes and get up to operating temp, both would start working although it could be slightly sporatic. I took out the old sensor which looks like the first link (the BWD) it was pretty seized and rusty. I replaced it by accident with the one looking like the second one. (it fit without resistance so we decided to try it out) both started working immediately although the speedometer calibration was way off. I could go 78 mph and it registered 55 and the speeds would be consistantly out of spec. It wasn’t like it was always 23mph offf. I could go 20 mph and it would show 10 or so. I tried ordered another Speed sensor like the original (BWD) from ebay for about 25$ we put it in and got absolutely nothing. Assuming i got a garbage speed sensor from the seller I ordered a different one from a different seller. Same problem. At this point a Monroe technician said that cheaper speed sensors need programmed? I would think the car being as old as it is, this wouldn’t be the case and it sounds weird for something like that to have to be programmed anyway. I’m hoping for some advice on whether this will need done or did I get 2 garbage sensors or am I facing a completely different problem? I did put the other style sensor back in and the speedometer and odo work fine again (minus the calibration being off). Let me know what you guys think! Thanks in advance for your help.

If you install the correct part, it will work. You have not installed the correct (working) part.

The part has an internal toothed wheel that a sensor counts as you drive over a period of time to calculate the speed. If the part you install has more or less teeth, that count will be off. The ECU can be reprogrammed to change the count but the part itself needs none of that. And that is more expensive than the correct part.

And there are a lot of junkie “new” parts out there for a 28 year old car.

So the question is which speed sensor am i supposed to use. There’s alot of conflicting info but none of it seems to be decisive. If i were to hypothesize. the 2 sensors i got that were cheaper were coincidentally junk and the other one that I got from rock auto worked but was the incompatible one. The onei had originally (the BWD pictured) is probably the correct one I just need to get a reputable one.

Phone BWD and provide them the wheel diameter/axle ratio/transmission configuration you are working with. If anybody knows, they will. These sensor come in different configurations, to output a certain number of pulses per mile. If your car is stock-original, the oem part number for the v6-191 VIN T MFI w/AT speed sensor from what I see is 10456087.

BTW, it might be possible to repair the existing sensor by taking it apart and cleaning. Have you tried that?

Couldn’t hurt to try tearing it down to attempt repair. What am I going to do break it? lol. I’ll have to look at my rear end to see the config. Everything else I have but definitely a good suggestion. Thank’s for the info!

So the question is which speed sensor am i supposed to use.

Usually, the original part has a part number printed or embossed somewhere on it.

I wouldn’t waste any money on a cheap knock off VSS. Just buy the OEM part and be done with it. You probably spent as much or more already.

There’s no calibration. You install the sensor matched to the system…

I thought that whole programming thing sounded like BS. That’s what I’m doing. thankfully getting refunded for the garbage sensors but yeah lot of wasted time over saving a few dollars. we will see what happens when the new sensor arrives.

This is ancient history to me so if I’m wrong I apologize in advance. Does this sensor use a colored toothed gear? There were many changes going on in the late 80s to early 90s so I just want to clarify that part first.

I think (?) that 92 was the first year for a purely electronic speedo drive.

That’s a negative there chief. 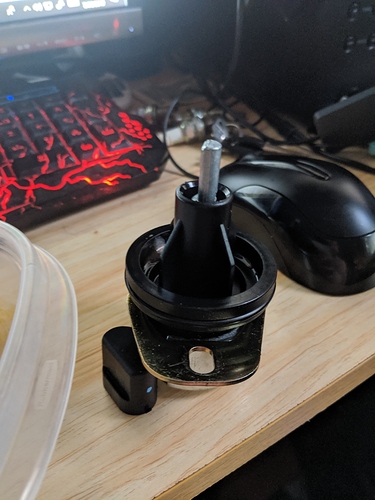