… on buying one of these Vietnam-made EVs. According to one journalist, they are… not good. 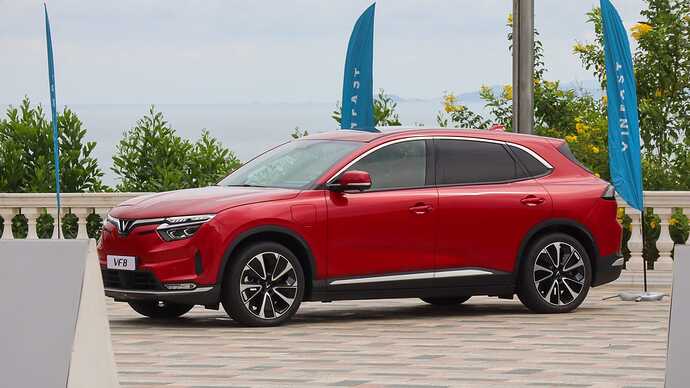 The VinFast VF8 Is Simply Not Ready for America

The electric-car startup brought me to its Vietnam headquarters to drive its first EV meant for the U.S. market. It was the most bizarre experience of my life.

Asian ev? Why not. They make all the batteries anyways. Just like solar panels.

I just don’t have time to read a novel right now but reminded me of a time share sales excursion. Body by fisher like the old days and anyone can make batteries and electric motors. Don’t park it in your garage.

Because this company has very little history of vehicle manufacturing, and even less history with EVs. I suggest that you read the article, which is… quite long… for a full explanation.

Vinfadt was more eager to show off the company than the product so many flew a long way to test. Full hp only above a certain charge level and a rough ride on smooth preselected test routes.

I just don’t have time to read a novel

@VDCdriver … maybe you could summarize the writer’s major complaints. The article seems to go on and on, yet not getting to much related to the hyperbolic title. I had to give up myself. .What exactly about that car that isn’t ready for America?

Wolyrobb summarized the major points. The CLAIMED power output is only available when the batteries are fully–or almost fully–charged. After that point, they move like a turtle. And, the writer described these vehicles pogo-ing when driven on perfectly smooth roads. Additionally, the fit and finish of those vehicles was pretty primitive. When the writer asked for explanations of what he observed, he got evasive–and frequently contradictory–responses.

It’s not just the American market for which they are unfit. IMHO, any Asian consumer who has owned vehicles previously would probably also find these Viet EVs to be seriously lacking.

It actually reminds me of the hierarchy during the old days of Software development.

Vaporwear - “Had an idea and the media/investors are eating it up”
Alpha tested - “Got the software to install on my computer”
Beta tested - “Sold to the suckers and now we’re working on all the complaints/fixes.”

Yeah I skipped a little of the boat rides and dinners to get to the low power, rough ride, and battery rental. They have a dealer in California already so they have done a little market research. Might be a wile before they open a store in Nebraska though.

Kinda funny that they were followed when the walked off on their own and beckoned back to the group. Don’t think that you can just go off anywhere you want in viet nam. Check your luggage for go pros.

Well, it is still a Communist government, despite the introduction of capitalism.

Is there any country in the world where you can go anywhere you want?

Bing was referring to the fact that they were followed by company and/or government goons when they just attempted to walk down the street and take pics of unusual cars that aren’t available in The US marketplace. Surely you aren’t suggesting that this type of activity would be restricted in The US or in other Western Democracies.

I’ve never been in any country where my movements were restricted. Self restriction due to safety or getting lost. I know the uk has cameras everywhere but no restrictions. I’ve been in most European countries and turkey, Israel,etc. Russia and China are off my list.

I’ve been to Vietnam and there was no obvious presence restricting where we went and what we looked at and photographed. We had no particular problem dealing with shop keepers and people in restaurants. The story is about a huge corporation trying to spin things their way, and doing a clumsy job of it. In the US corporations have similar goals, but they are generally more subtle about their attempts at mind control.

Vinfast has a storefront in Berkeley, CA with a car or two inside, but there is no way to know if those cars are functional. It felt like a time share presentation. I walked out, feeling a little like I had escaped.

They have a dealer in California already

Six stores in Cali. I’ll text my Vietnamese friend in LA and tell her to stay away from this dog.

I’ve never been in any country where my movements were restricted.

I was never much of a world traveler but most European countries I visited I’d have to leave my passport w/the hotel , so couldn’t go anywhere requiring a passport. Didn’t have much effect b/c I didn’t want to go anywhere that required a passport. In Thailand I was prevented from going one place that looked interesting; it turned out that was restricted to everyone except Thai military, and I couldn’t read what the sign said. A guy with a big gun suggested I turn around. In the UK I was trying to put my contact lenses in. I placed a small mirror, lens solution, and some tissue paper on a counter in a public place, the idea so I’d have clean hands & could see what I was doing. All of a sudden I notice 4 uniformed guys are coming towards me from all 4 directions. They apparently thought I as doing something illegal.

Countries where I felt the least restricted & watched were France and New Zealand. The good old USA fortunately has the Constitutional right provisions, so mostly safe (but not entirely) from intrusion and monitoring at least when you are on your own property.

Yeah, I was never comfortable with that practice. I don’t know exactly what transpires in the other countries where I experienced that situation, but I was informed that in France, the passports of new arrivals were transported to the local Prefecture of Police for “inspection”. I always wondered what would happen if there was a screw-up and they lost my passport, but–luckily–that never happened.

Collecting passports is quite common. Not sure why but common anyway. Maybe to make sure the bill is paid or maybe an interpol check for fugitives. Don’t know but common.

Collecting passports is quite common. Not sure why but common anyway.

Read about it in the link below. Most of the time they are required to take it. A travel expert asks them to record the information, make a photocopy, or take one of the two photocopies he always carries with him. They should only need it for a short while anyway. 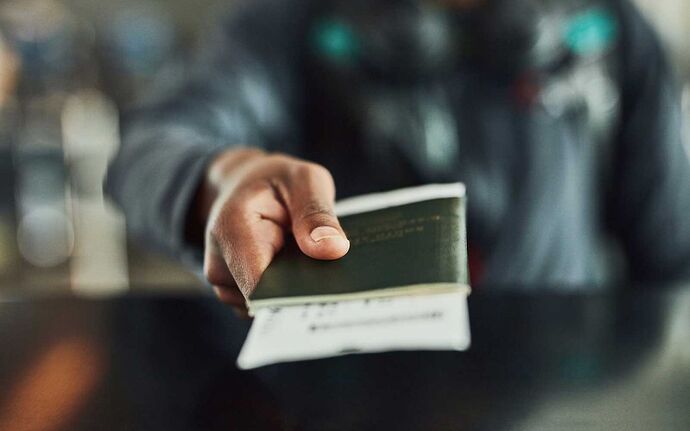 Why Hotels in Europe Check Passports

Many European hotels check your passport in addition to asking for a credit card for incidentals. In most cases, you only need to show your passport at check in, or, rarely, leave it overnight.