What vehicle would you buy just for the heck of it?

What vehicle would you buy if you found one at a good price, even though you didn’t need it? Let’s exclude true classics and exotics. I’ll go first. If I could find a 1988-1995 K1500 or K2500 in good condition for a good price, I’d buy it. Obviously if I found a 60’s Camaro in good shape on the cheap, I’d buy that too. But I’d rather keep the replies to more (somewhat) pedestrian vehicles.

I’d buy this if it were cheap too. Who the heck needs a 3/4 ton big block Avalanche? Weird. Has to be somewhat rare. I’d buy it for cheap. 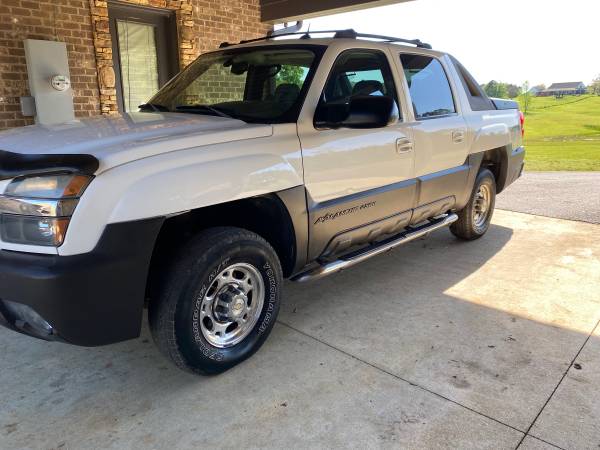 2004 Chevrolet Avalanche 3/4 ton 8.1 Gas engine this truck is very clean inside and out with 169k miles fully loaded with every option available for that year The 4x4 has hardly ever been used...

67 VW Beetle. Engine has (barely) enough power to be drivable, but still has the slanted headlights. Two reasons: I have a parking spot that such a car would just fit. And it is California emissions-testing exempt. I think anyway.

That Ava is for sale because the Big Block gets lousy gas mileage. I’d consider it…

There are a couple vehicles that I’d really consider buying

1994-1996 Centurion Bronco, either the normal 4 door or the rare 2 door with the 1 ton diesel/big block drivetrain.

1996 Jaguar XJS convertible V12 - Even though it was a grossly unreliable and poorly made car, I always had a soft spot for my mom’s old 1994 XJ12, when it was running well, it was a great car to drive, it had panache. The XJS vert has even more. And I’m going to need another hobby once the TR6 restoration is complete.

I would purchase a Mazda Miata for track days. This is something that I have been dreaming about lately. Something that is easy to maintain and run.

That Ava is for sale because the Big Block gets lousy gas mileage. I’d consider it…

Kinda pricey, though. From past experience in the area. Not a “great” deal.

1996 Jaguar XJS convertible V12 - Even though it was a grossly unreliable and poorly made car, I always had a soft spot for my mom’s old 1994 XJ12, when it was running well, it was a great car to drive, it had panache.

And a V12. That has to be a positive attribute. I have a long story about an over confident used car salesman, an XJ12, and a foxbody 5 speed 5.0. One of us didn’t hold up our end of the bargain. Lol

1994-1996 Centurion Bronco, either a the normal 4 door or the rare 2 door with the 1 ton diesel/big block drivetrain.

That is a strange piece of machinery. I do see the appeal, especially with the 7.3.

I agree with that sentiment… $12.5K is too high but… if the price was right…

I’d consider another foxbody GT, as well. Would have to be a 5 speed and stock. Those are getting pretty rare. They’ve all been modded and/or wrapped around a tree.

Agreed. Has to be a fairly rare bird. Not Yenko Camaro rare, but not something everyone who wanted an AV ordered.

Cut the price in half and I’m all over it.

When I was a kid we had a 73 Caprice with a 454 my dad bought new. Pretty sure Pops got a deal on it because of the big block. Not a popular option in the early 70’s. I still remember the air sucking sound when you matted it lol. Not overly stout, really. But it moved a lot of air (and fuel).

My dad had a 455 Olds with a 2 bbl carb. Flip the aircleaner lid and it would roar while all those cubes tried to suck air in through those 2 small throats… I think it would turn maybe 3800 rpm max! But it could yank a house down with the torque!

What vehicle would you buy if you found one at a good price, even though you didn’t need it?

All of these, of course, being basic models equipped with no power options, no sunroof/moonroof, no alarm/security system, etc.

Any ford or dodge PU from the 80s to mid 90s that don;t have all the bells and whistles.

I Had a 92 Plymouth Voyager short wheelbase with the 3.0 and 3 speed automatic. The gas mileage was pretty bad because of the4 3 speed and it definitely did not like 10% Ethanol in the gas. Mileage dropped from 18 on the road to 12 when I was first forced to buy gas with alcohol in it.

The transmission was bulletproof though which was a good thing because I had to use the transmission a lot because of the undersized brakes on an 8600 mile trip out west with a pretty loaded van.

The 2002 Town and Country long wheelbase van with the 3.3 Mopar engine ]and 4 speed got 22-24 on the road and was quieter and rode better.

The local junior college auto shop has a 2004 325i BMW with manual transmission and virtually no miles on it that was donated to the school when it was brand new. Still pristine inside and out. Cars donated to the school are titled such that they can never be sold, but if that magically became available, I would snap it up in spite of the fact that I have no use for it.

Those are getting to be almost classic muscle car price. I’d like a first generation blazer. Or that body style truck or Suburban, even. Always liked that body style.

Another Lincoln Mark VIII as I have owned in the past and still own even though they are long dead in production.
It’s been the most comfortable, reliable and nice to drive car I have ever owned in my life.

A 2 ton RWD car that gets close to 30 MPG with the 4.5 DOHC while loaded down is not too shabby.
The seats are second to none in comfort. I’ve driven that car for 425 miles non-stop until the Low Fuel light comes on.

Saw one on eBay about 8 years ago but it was a time capsule with only 300 miles on it and asking 35 grand. A bit much for a car which to me would soon not be a time capsule.