What is this white stuff on my "new" tires?!

I just purchased a set of new tires from Simpletire. They had a white’ish film on all 4 tires that can only be removed by rubbing them with your fingers! I am wondering what the heck this residue is? Tire shine?

The tires also seems to be manufactured in 2015? Are these tires still okay to use?

I checked the tires and I don’t see any dry rot or cracks anywhere, just that ugly white film around it. 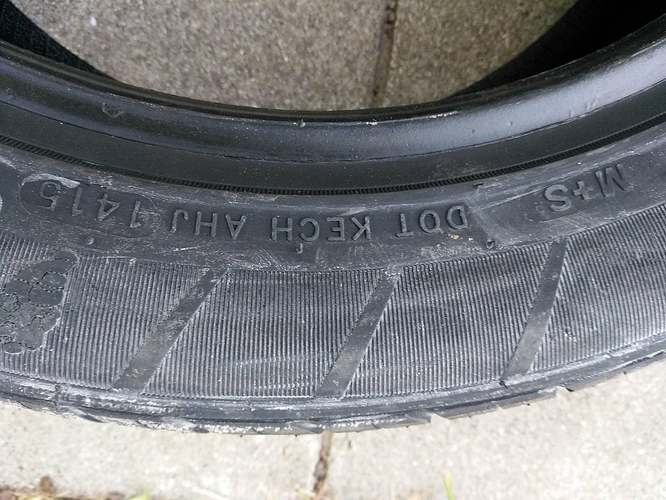 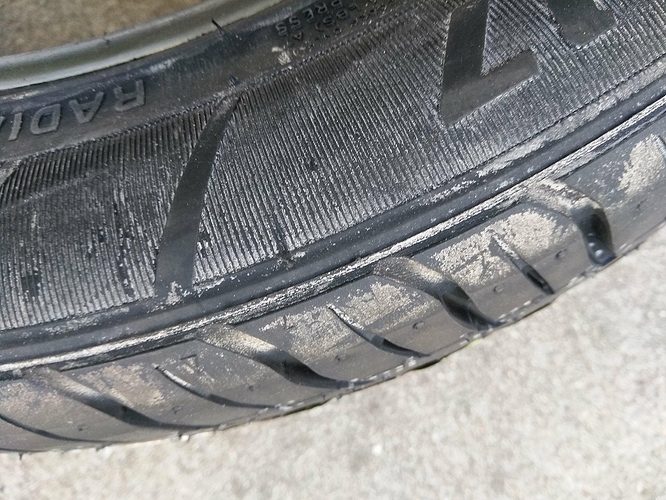 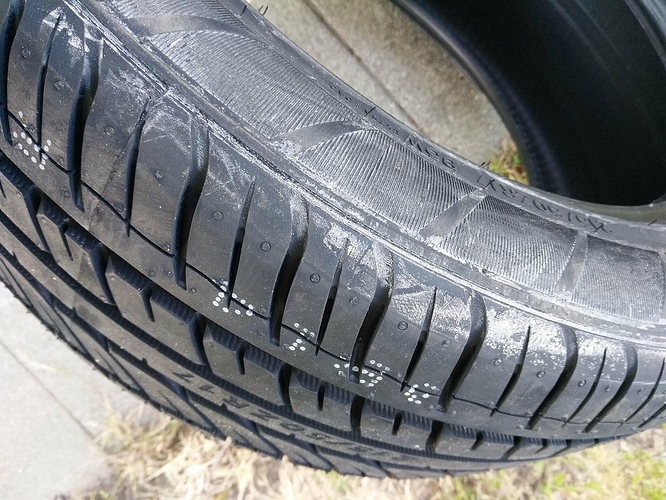 I’ve purchased a couple of tire sets from SimpleTire too, both came relatively fresh, definitely not 3-years-old as yours.
Both sets had some whitish residue, which was looking like some kind of protective film, but it was not really thick or nasty, it came off by itself after a few weeks, now tires are simply black rubber.

=/ Should I return them then? I forgot to upload the pictures. Have a look at my edit.

Should I return them then?

Sort of looks like dried glue from the backing of a protective wrapping of some kind. I recently purchased some Michelin Defender tires for my truck, and they had a similar white/grey glue-looking stuff on parts of them. Over time/miles it has mostly come off. As long as that stuff comes off with a scrubbing using soap and warm water, they should be ok. Is SimpleTire the brand name of the actual tire? If so, I’ve never used that brand, so can’t speak to that issue one way or the other.

Should I return them then?

For what?
Tire materials do not emit powder-like substances. Whatever this powder is, it was deposited on the tires’ outside surfaces from an environment it was exposed to, and since cured/vulcanized tire rubber is pretty much impervious to everything but UV rays, fire, and shredders, I see no reason to suspect that the tires aren’t fine.

As regards the age, racks of tires at other than tire stores often have a few years under their belts (pardon the pun) by the time they’re mounted on cars. If you return them what do you plan to drive home on?

My advice? Relax. Perfection is rare. It can’t be expected everywhere. Your odds of this powder creating a problem approach zero.

I forgot to upload the pictures. Have a look at my edit.

These looks quite the same as the ones I received, only a little bit more of the residue.
In my case, this was all gone by the spring time. Mounted them in November.

I don’t want to go to through the hassle of returning them etc., but I was worried about the age of the tires.

Okay that’s good, I guess I can keep the since they appear to be good then. Simple tire is the store hehe.

I think if I paid new tire price for 3 year old tires I’d be pretty upset. Wit the relatively low mileage I do, I could age-out those tires before I wore them out. I hope you got a good deal.

These were the cheapest tires I could find. I am short on cash right now. I was upset too but then I thought maybe it’s not a big deal, maybe I should ask people with more knowledge about this subject.

I believe the white film is a mold release agent, normal to be found on new tires.

Most of the tires that I install were manufactured within the last 4 months but sometimes I see performance tires that came from the (large) Phoenix warehouse that are 2-3 years old. While it would be nice to have fresh tires, tires don’t really age much in a warehouse.

Yeah I would suggest either mold release or a preservative powder like on inner tubes. At least when I worked in the tire molding department, you’d have to spray the molds with silicone before cooking each batch or they would not come out of the mold cleanly. Like making waffles at the hotel. I don’t see any reason to panic. They are a little older than you’d normally expect but so what? I’m a little older than I would expect too.

Your new tires are three years old? Here is a story by our partner site and written by a fellow CarTalk contributor you may find of interest.

Sorry, but they do!

That white stuff is waxes that were once mixed in the rubber and have migrated to the surface and are flaking off. The waxes form a protective barrier against outside deterioration due to oxygen, UV rays, etc.

Sometimes AO’s (antioxidants and antiozidants) migrate with the waxes and the flakes are reddish brown - although other colors are possible.

@CapriRacer - any chance that the white stuff is molding release?

Apparently the OP did not ask the installer about the white coating , why ?
A Google search seems to indicate that this online tire seller has a history of selling tires that are not current construction date. One review claims that the tires they received were 6 years old.

any chance that the white stuff is molding release?

Nope. When our warehouse first encountered it many, many years ago, our rubber chemists did a chemical analysis.

Besides, you can clean it off and make it come back - indicating that there is a supply of the stuff embedded in the rubber matrix.

Oh, and in case you were wondering, the warehouse made some changes to the heating system to prevent it.

Thanks for the link. I have read about tires having a max shelf life of 6 years. I didn’t want to go through the hassle of returning these back to the seller if being 3 years old is not a big problem. I need tires ASAP, but I am also short of cash. =/