The US and Europe are exporting their most-polluting, least-safe cars!

Researchers have found out that aging, worn-out, damaged cars can be less safe to drive!

EconPapers: The Safety of Transnational Imported Second-Hand Cars: A Case...

Stop the presses! They could have asked us, saved money on the researchers. But then our university towns would be filled with unemployed scientists, hanging out on our sidewalks, holding ‘Will research for food’ signs.

I’m sure I’ll miss something by not going through the 108 pages of fine print, but until there is the Cliff Note version . . . At any rate like with anything, if there was not a receiver, there would not be a sender and visa versa. There would be no used cars if no one bought new cars. Not everyone will want or buy a new car.

Strict regs in European countries means perfectly serviceable cars head towards the Balkans and Middle east. Same for Japanese cars heading to New Zealand or Indonesia or Vietnam. Japanese laws are so strict 5 year old cars become too costly to be brought into compliance but they are still serviceable cars.Japanese home market cars have less corrosion protection than the ones sold in the US because their life expectancy is shorter.

The used cars mean a family of 5 gets to ride inside the car instead of hanging off a 90cc motorbike. Safer than a Tik Tuk. It means a man can feed his family because he bought an old truck or car.

The first world’s rehilations means transportation for the 3rd world.

Search the origins of the word “Jallopy” and find that there’s a long history of dumping US junk automobiles on Mexico. And these days traveling any route from the Mexican border north will result in seeing a great many pickups being towed south by a similar small pickup. Maybe they’re headed Mexico or beyond and maybe Mexico is a 3rd world country. Certainly some of Mexico is worse off than Cuba and much of South America.

In the mid-90’s, I was in central Pennsylvania. I advertised an older Mazda pickup locally, and the buyer told me that she would be shipping it to her family in Ghana.
It is somewhat inflammatory to label these activities as “dumping”. There are world-wide market forces in action, and every country has its own decisions to make about the wisdom of allowing such imports. Your car with a check engine light on might be far less polluting that the car it will replace.

The Caribbean is filled with used vehicles from Japan.
I’ve seen this because my in-laws are in Jamaica.
Makes sense in the former British colonies because they’re right hand drive.

This revelation is hardly “news”, and the phenomenon has been going on for many years.
Several decades ago, a friend of mine was having trouble getting rid of his old Maverick, and in desperation he took it to a place that advertised “instant cash for your old car”. Without even lifting the hood, the owner peeled-off a couple of hundred dollar bills and handed them to my friend.

When I asked him what he did with the cars that he took in, he stated that they were shipped to South America and to Africa.

The Big 3 used to send their old tooling to bang out old models in South America.VW made the bus in Brazil and the Beetle in Mexico long after they were dropped in the US and Europe.

The Big 3 used to send their old tooling to bang out old models in South America.

Yes, but it wasn’t just the Big Three. After the Willys Aero sedan was discontinued, Kaiser shipped the tooling to Brazil, where that model was manufactured up to the early '70s. A couple of restylings actually transformed the old Aero into a reasonably modern looking car!

A dealer in the U.S. was to remove the sign but it supposedly was sold to Turkey and ended up in Syria instead. 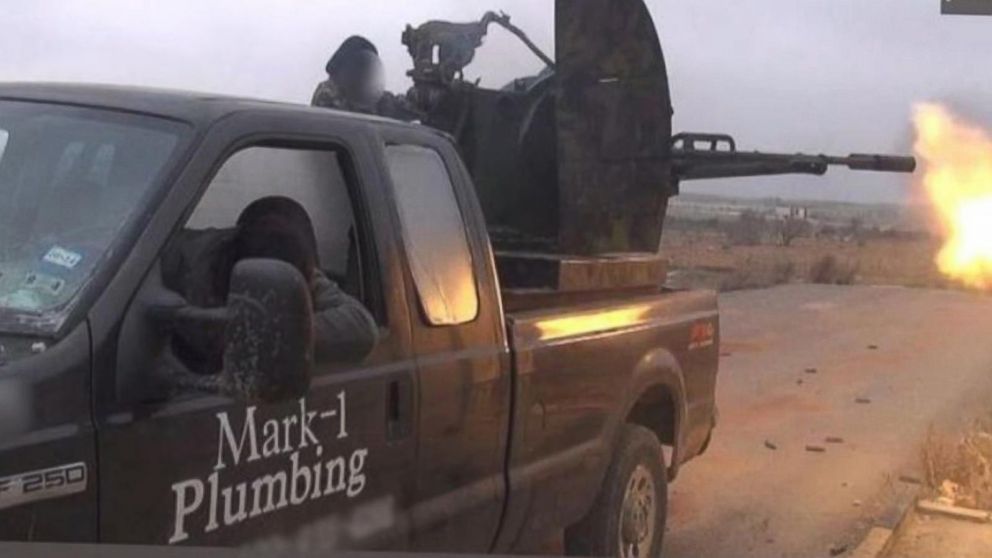 Now we don’t know for sure that they weren’t out clearing drains with that thing. No evidence as they say.

I agree and don’t understand why shipping cars to the Third World is a “problem”.

From the recipient’s side it’s an opportunity to get affordable transportation providing access yielding income, educational and health benefits.
From the environmental side, it delays the large environmental costs of scrapping a vehicle (Not everything in a car can be recycled) so generally the best environmental solution is to keep a vehicle until it has been so worn out that it’s no longer repairable or useful.

As the old Yankee saying goes, “Use it up, wear it out, fix it up or do without”

But then our university towns would be filled with unemployed scientists, hanging out on our sidewalks, holding ‘Will research for food’ signs.

Scientists? You haven’t a clue. Almost all science disciplines in the US (world for that matter) are severely understaffed.

They want those cars, we sell those cars to them.

we don’t know for sure that they weren’t out clearing drains with that thing.

The nut who unclogged his toilet with a shotgun made the weird news years ago.

The used cars mean a family of 5 gets to ride inside the car instead of hanging off a 90cc motorbike. Safer than a Tik Tuk. It means a man can feed his family because he bought an old truck or car.

Notice I didn’t say it was bad, just that the cars they’re buying are junkers, at least in the US (don’t know about Europe & Japan).

You haven’t a clue. Almost all science disciplines in the US (world for that matter) are severely understaffed.

Actually, I read Nature, which has long been following the plight of PhD science recipients and what they have to do to make a living. I dropped out of grad school in physics because I could see I was just going to be a flunky, have no fun.

I remember the classical music comedian, Anna Russell, who was the toast of the opera scene in Australia as a young woman early in the 20th. She got a scholarship to the Royal Opera in London. When she arrived (by boat, of course) she found out what real singing was, concluded that she would never get beyond ‘third valkyrie on the left’, went into comedy.

The nut who unclogged his toilet with a shotgun made the weird news years ago.

Heh heh heh. Never thought about a shot gun. I had a slow stool that I was trying to unclog once. Ran to Menards and bought one of those uncloggers. Didn’t fix it. Looked up the stool model and was about to go to Home Depot to buy a new one out of desperation, then noticed a small white disc in the bottom. Fished it out and all was well. The wife had put one of those things in the tank and as it dissolved jammed in the stool. “Please don’t use those anymore.” Glad I never thought of the shot gun but that would have fixed it.

Actually, I read Nature , which has long been following the plight of PhD science recipients and what they have to do to make a living.

That’s because they only want to teach. There are plenty of jobs in the public non-teaching sector for most of those disciplines.

Notice I didn’t say it was bad, just that the cars they’re buying are junkers

Notice? You used the word “dump” and all the negatives that word implies. You used it as the primary descriptive as a judgmental accusation. “US, Europe, dump old cars on 3rd world.”

Correct. They aren’t dumping them, they are selling them. Maybe for more than Americans are willing to pay. So what’s the issue. They can be sold in the US, so why can’t they be sold in another country? Where do you think your old car went when you sold or traded it in? It did not vaporize, so either it was recycled or it was sold elsewhere or it was crushed and piled in a hole somewhere. Here we sit, a country of the first buyers of consumer products, being horrified that the things we no longer want are being exported to other countries. Really?

I’ve spent some time in South America for work. Believe it or not…many people down there want our old cars. Mainly from the 60-s through early 80’s.

It would be more profitable to crush a car and sell the steel then to dump them in another country.