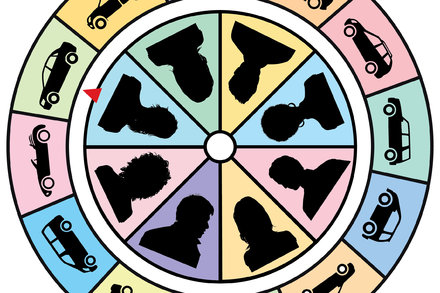 In the past, families looked for cars that were “big, slow and ugly.” Now, experts recommend newer vehicles with advanced safety features.

It must be nice to afford a new car for your child. If I still had teen children, I would do what I did before: give them my old car and buy myself a new one.

Well, no one ever bought me a car and I never bought a car for our son. Well I will say when I wrecked my VW my dad found my Pontiac while I was at school that week but I paid for it. I think he just wanted his Falcon back. And I did give our son one of my Rivieras because I already had it but I didn’t buy it for him. I think they buy their own or use a hand me down.

social engineering? nah.
the men in power behind the scenes pulling all the purse strings saying buy new cars to stimulate the economy? what happens if we buy foreign cars? will that hurt the US economy? maybe the people in power own stock in foreign car companies?

I think safety is overrated in most things. The car isn’t what keeps you safe, the driver is. Practicality, reliability, personal preference, and price are what drive me to buy a car. My boy talks about wanting a Camaro when he gets his license. I’m not sure I’m on board with that, but not because of safety issues.

I imagine that as my kids approach driving age, I’ll probably take the same approach my parents took with me. Kid gets a job and starts saving money and the parents will match whatever the kids have to put into a car. For me, the year was 1985, I saved up $750 and the neighbor that ran the Texaco station at the end of the street got us hooked up with a well cared for 1977 Cutlass Supreme.

Related to another thread here, that 77 Olds had steel lug nuts with chrome caps over them that tended to deform and cause difficulty getting a lug socket on them. I eventually ended up replacing all the lug nuts. So for those never having heard of this, the issue has been around for over 40 years.

No one ever bought me a car and I never bought any of my children a car. I made it clear to them that they would buy their own cars and pay for any additional insurance. I told them I would lay under the car with them and help them fix it but they would pay for the parts. Today they are all self suporting or retired, most with college degrees, 2 with masters. I have one grandchild with a PHD and another will finish her 4 year degree this year.

what happens if we buy foreign cars? will that hurt the US economy?

What if you were to buy a Toyota made in Kentucky?

Is that hurting the US economy?

The Camry has a very high domestic content, and it’s built by american workers, who are presumably spending their earnings locally

Or what if you buy a Ford built in Canada?

American company, but the workers are Canadian, who are presumably spending their money in Canada, not in the USA

Whose economy are we hurting?

Whose economy are we helping?

The safest car is a non-car: that’s what my parents bought for me. I’m still grateful. Some friends my age bought their children cars; some bought them non-cars. I think the future, at least until no one owns a car, is parents buying cars for their children. My grandparents didn’t own cars ever. I don’t know that the past is the best guide to future practice. I had no children to decide about.

I think safety is overrated in most things.

That’s what the Car Show’s late great Len Frank always said when asked about the safety of cars. He couldn’t mention Joan Claybrook without calling her Joan ‘Crash’ Claybrook and putting on a parody German accent (don’t know why) to say ‘They crash’em real good!’

The only thing with foreign owned companies is that the profit and control go back to the home country. My Acura for example is assembled in Ohio but the transmission is made in Japan so it’s not all Japanese or US but a mixture. Profit from operations though go back to Japan and not the US. It’s a jumbled up mess now with parts coming from all over the place for all of the manufacturers. True wages and local or US suppliers will tend to recirculate their money within the sales/assembly country. It’s not all cut and dried anymore like it used to be.

Now am I a little concerned with foreign owned plants, real estate, and property? Yeah, I think we need to keep an eye on it. Citibank for example is largely Saudi owned if I remember correctly. I’m not sure that’s a good thing when they suck 24% interest off US consumers. So there is lots of stuff that has gotten out of control and can threaten our sovereignty that we need to watch.

So there is lots of stuff that has gotten out of control and can threaten our sovereignty that we need to watch.

Citibank for example is largely Saudi owned if I remember correctly

My Costco credit card is a Citibank. I like shopping there, and the Saudi ownership of Citibank doesn’t make me lose any sleep at night.

I suppose an alternative would be wal-mart, but as I’ve mentioned earlier, that is not for me. But I’m also not condemning anybody who DOES shop there. Everybody has to make their own decisions, part of which is deciding what they’re comfortable with.

they suck 24% interest off US consumers.

I pay my bill in full every month

Except for the mortgage, I don’t like things hanging over my head financially. There may come a time when I do not have a choice in the matter, but until then . . .

I recall about four decades ago there was concern about the Japanese scooping up commercial real estate in the USA. As I remember, the concern was that the USA wouldn’t belong to us anymore. Remember that? Are there any long term problems with the Japanese paying too much for commercial real estate in the 1980s? I think the answer to both questions is no. It’s one big global economy, including and especially the automobile industry. We should get used to it.

So there is lots of stuff that has gotten out of control and can threaten our sovereignty that we need to watch.

I didn’t say car assembly exactly but if you have majority foreign stock ownership in US banks, uranium producers, farm land, hotels, apartments, mineral suppliers, and on and on, they are in a position to direct the company in ways that may not be beneficial to US Citizens. They can select their own board members, CEOs, suppliers, prices, distribution, and all other business decisions, not to mention raiding industry formulas and secrets to weaken or destroy a company. They can also manipulate lucrative deals and employment for pols and their families to influence legislation.

Back in 1985, I bought a new Ford Tempo. The engine was made in Mexico and the car was assembled in Canada. In 2010 and 2017 I bought Toyota Siennas that were assembled in Indiana with 93% of the parts made in the USA. Now, which car is “more American”? I would rather put money in the pockets of American workers than the VIPs of the CEOs of “American” manufacturers who send jobs to other countries.
As far as providing a car for a teenager, .I let my son take our 18 year old Oldsmobile Cutlass Salon to college which was 50 miles from home. The next year he went on an internship 360 miles away. There was no way I was going to let him drive the old Oldsmobile that distance. We had just inherited a car, so I had him take our Ford Taurus which was ten years newer. My son didn’t like the idea–he said that the old Oldsmobile was fine and that he and the old Oldsmobile “understood each other”. He is in his mid 40s now and has a perfect driving record and has always been a safe driver. Even so, I didn’t want him out on the road with an old heap.

Yeah, I think we need to keep an eye on it. Citibank for example is largely Saudi owned if I remember correctly

No, you remember incorrectly–and backwards. Back around the early '80s, Citibank owned 40% of a major Saudi bank, but Citi sold its partial ownership of that Saudi bank about 14 years ago.

Those–like me, and probably like you–who pay their credit card bills on schedule each month pay zero interest, whether their card was issued by Citi, or by other entities. Do you really think that Citi charges delinquent card holders a higher rate of interest than other big banks do?

My daughter got grandmas saturn, we had a few issues but she is still driving it.

Oh might be old information but there are still a lot of references on Saudi involvement. Doesn’t matter though, it was just a for instance and there would be lots of other examples. 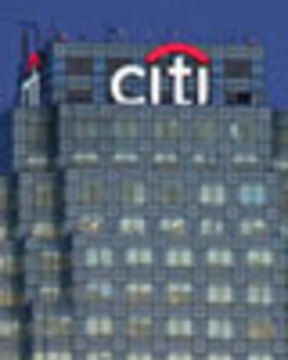 The Gulf Arab emirate of Abu Dhabi bought a $7.5 billion stake in Citigroup, America’s largest bank, on Tuesday, making it the bank’s largest shareholder. As the U.S. credit crisis worsens and the price of oil hovers close to $100 a barrel, the...

I never said they charge delinquent cardholders more but the fact is many years ago they sent their credit card operation to Sioux Falls, SD because they have no usery laws there. They did it so that they could charge higher interest rates than if they operated out of a different state. It was well known at the time what they were doing if you lived around here. Market forces have somewhat mitigated that. For me it is one company I won’t do business with if I can help it, which I usually can.

Getting back on topic, it’s an excellent article and I think some of us are experiencing premature “Old Timers Disease”.

The reality is that outside the Big Cities with adequate public transportation, people (including that half baked subspecies called Young Adults) still need safe, reliable transportation to get to things like Community College, Training Programs and Jobs and the jalopies of back in my day ain’t gonna cut it today.

That doesn’t mean running out to buy a new Volvo or whatever currently has the highest Safety Star rating and handing over the keys to Junior but there are sensible alternatives.

For myself it meant finding a low cost, low mileage, low priced, late model “Bubby Mobile” with all the safety equipment and absolutely no “Bling or Sex Appeal”. Preferably in beige, complete with parking lot scrapes.
Add the standard “Come to Jesus” lecture, “This is my car, not yours, and you will only have it to use as long as you show you are mature enough to use it” and you have the key to a good nights sleep.

And yeah, they still had their fair share of parking lot scrapes, dings and dents (all done by Ida Know) but thankfully no tickets or reportable accidents

The only thing with foreign owned companies is that the profit and control go back to the home country.

I thought they went to the stockholders, no matter where they live.

A lot of people do buy their teenagers new cars, they just tend to be people who don’t frequent this forum, and they tend to be helicopter parents who coddle their children with the latest safety features.

It’s not only about safety though, it’s also about virtue signaling so they can brag about it.

some of us are experiencing premature “Old Timers Disease”.

premature? speak for yourself.