…such as the problems reported in these two threads from a few months ago:

Take a look at the recall details, and see if you agree with me that it seems to explain the problems reported in those two threads: 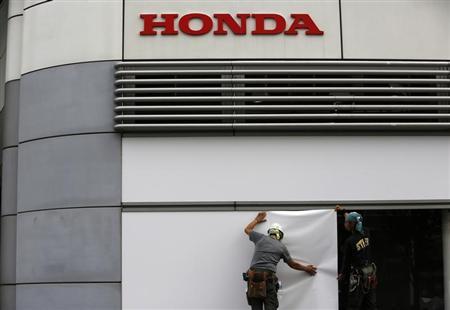 Honda Motor Co said on Friday that it will recall about 344,000 Odyssey minivans in the United States to fix a software defect that may lead the vehicle to suddenly and harshly brake without the driver pressing the brake pedal.

Yup, good catch. Looks like most of the replies from forumites here correctly diagnosed the issue before Honda did.

Gee. Yet another reason to despise computerized cars (in general), stab control (in particular) and safety mandates.

How does technology become “proven” if not through implementation and improvement over time?

So airbags, stability control, abs, etc. are a bad thing?

Believe it or not, there are some yahoos out there who didn’t flip over because the stability control prevented it

Is somebody supposed to tell them the world would be a better place if their car didn’t have stability control?

There are people out there that didn’t hit the car in front of them, because of abs

Who’s supposed to tell them that abs is a bad thing?

@db4690…while I generally agree with @meanjoe75fan, I would never want to give up seatbelts, airbags and the like. ABS is for people who are poor drivers. Stability control is probably nice to have but we could live without TPMS for a lifetime. I have a particular dislike for the CEL system as it’s engineered right now. It should be called RSPG or Repair Shop Profit Generator. That wasn’t what it was designed for but that’s the way it’s used in many repair shops…especially dealerships.

So we should let the poor drivers rear end me?

@db4690…no, I already said ABS is for poor drivers. Besides, having ABS is no assurance that the driver won’t slam into you from drunkedness, poor attention, poor eyesight or icy roads to name a few. As soon as you can provide proof that ABS is a miraculous device…get back to me so I can change my mind.

THIS IS NOT MEANT TO BE TAKEN SERIOUSLY

The bad drivers are required to purchase cars with all of that stuff, and more

AGAIN, I HOPE YOU GUYS SEE THIS AS A JOKE

@missileman: In all fairness, I didn’t say I was against seatbelts. IMO, that is safety done right: cheap, simple, effective. Third brake lights, too. (About as attractive as a boar’s bottom, but whatever.)

Since belts have been widely available since Sinatra was an up-and-comer, I’d call that “proven technology.” I also think it’s largely irrelevant if they are or aren’t mandated today: I can’t see any manyfacturer selling, or customers buying, a beltless car.

I was more concerned with over-reliance on unproven tech for diminishing benefit. In addition to the Honda recall, I was thinking of Ford’s issue with certain “eco-bust” engines catching fire. As you recall, the root problem involved an electronically-controlled water pump that wasn’t cycling on properly. A “tried-and-true” belt-driven pump could’ve avoided the issue entirely, at the cost of, perhaps, 0.1 MPG or so…

(And let’s not forget Toyota’s DBW fiasco. How could you, really.)

In theory, more technology means more problems, but I have had zero, zip, nada problems with…ABS…stability control…traction control…air bags…on my cars, and that includes up to 10 years of use and over 200k miles.

@meanjoe75fan…I just wanted to say that I agreed with most of your posts. I agree, it doesn’t look that way but that’s what I meant. I just wanted to piggyback off your comment so I could slam a few “improvements” made to modern vehicles. I would also slam ethanol here but @circuitsmith is probably watching and I wouldn’t want to get another “off topic” ding.

Yeah, got it. It just seemed that somehow my rant against mandated stability control got extrapolated into being against ANY safety device, seatbelts included. Just setting the record straight.

@circuitsmith…you would probably have to come up a few notches to really be considered a troll. Ding away troll if it makes you happy.

@missileman I flagged your post above for “abuse”, not “troll”.
Why? Because you called me out by name in a thread I’m not participating in and made a provocative comment about what I might or might not be doing.

I have a right to express my opinion by “dinging” or whatever without your approval.

@circuitsmith…I agree with you but I also have the right to disagree with any “ding” you may give me for whatever reason. Just remember that I will return the favor for any response I get from you unless it’s fair. Your first “off topic” ding was unfair because @Whitey praised Jerry Brown and got no response from you. I slammed Jerry Brown and you dinged me. It’s evident you like Jerry Brown and I don’t. If you “dinged” everyone who didn’t like Jerry Brown then that would become your life’s work and you would have time for nothing else.