… has been found, and is now on display.
Ironically, the family that owned it used it as their daily driver in NJ for several years, before the clutch gave out, and then they just left it in their garage–until recently.

These type of barn find stories always intrigue me. Hoarders? Maybe. They keep stuff others would have long since sold off. Big things. Car things.

I hope this car is never, ever, restored. It is only original once!

there is only 1 bullitt car so it is worth millions if someone will pay that. the following buyer will probably pay more. and so on. i think wayne carini found a 66 shelby gt350 last yr that was unrestored and it went to auction and got 130k or so? you might say so? its pretty close to the bullitt car in spec but it is not the bullitt car so its apples to oranges.

These stories never mention that the owners can lend the car to a museum for display, and the museum will insure it and keep it safe and secure, and you get a nice charitable contribution deduction on your income tax if you still can use that after the new tax laws. And with the Bullet Mustang I can imagine lots of museums really wanting the car on display.

you get a nice charitable contribution deduction on your income tax

If you make no income from the loan of the car, how much would you deduct, exactly?

A loan…will not produce a charitable deduction, since there is no completed transfer. Fortunately, the value of the loan…will not be includable for gift tax purposes. Sec. 2503(g).

That movie still holds up to time pretty well, even worth a watch on DVD now. I can see how a Mustang driven in San Francisco might need a new clutch …

I wasn’t going to go into the deep details of tax law here. I’m certain that there’s someone at any substantial museum who can counsel a family on various choices the can make and the tax consequences of those choices. All I’m trying to do is point out that someone who has an item like this car does have some options other than simply selling the car and never seeing it again.

My guess I should that the object would have to be donated to deserve a tax deduction. Loaning it puts it in a safe place, and if the museum insures it, the owner doesn’t have to.

Now I wonder if the IRS will presume that the insurance paid by the museum is money earned by the person that loaned the object.

These stories never mention that the owners can lend the car to a museum for display, and the museum will insure it and keep it safe and secure, and you get a nice charitable contribution deduction on your income tax if you still can use that after the new tax laws.

Until a sinkhole opens up and drops a bunch of cars 25’ and they get complete destroyed. 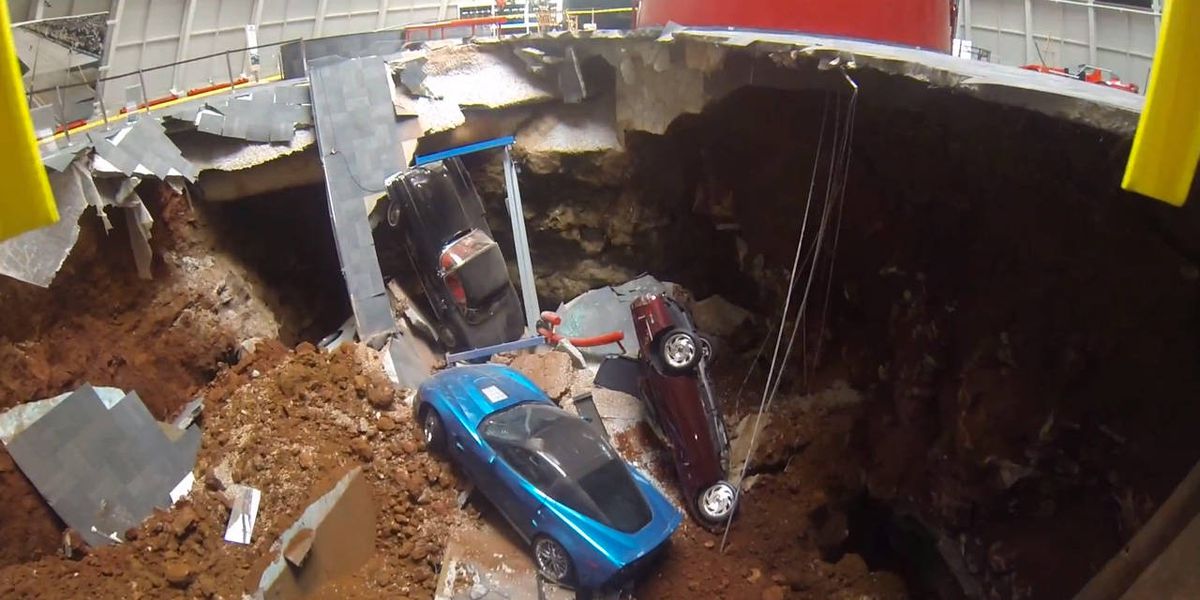 Eight rare Corvettes were swallowed by a massive sinkhole in the National Corvette Museum's main atrium. Here's the story, with shocking photos and video.

The corvette museum requires the owner of the car that’s being loaned to them to maintain full insurance coverage for the term of the loan. Other Museam’s might have the same requirement.

The corvette museum requires the owner of the car that’s being loaned to them to maintain full insurance coverage for the term of the loan.

Doesn’t matter…A few of those vettes were irreplaceable…one of a kind or the last surviving. 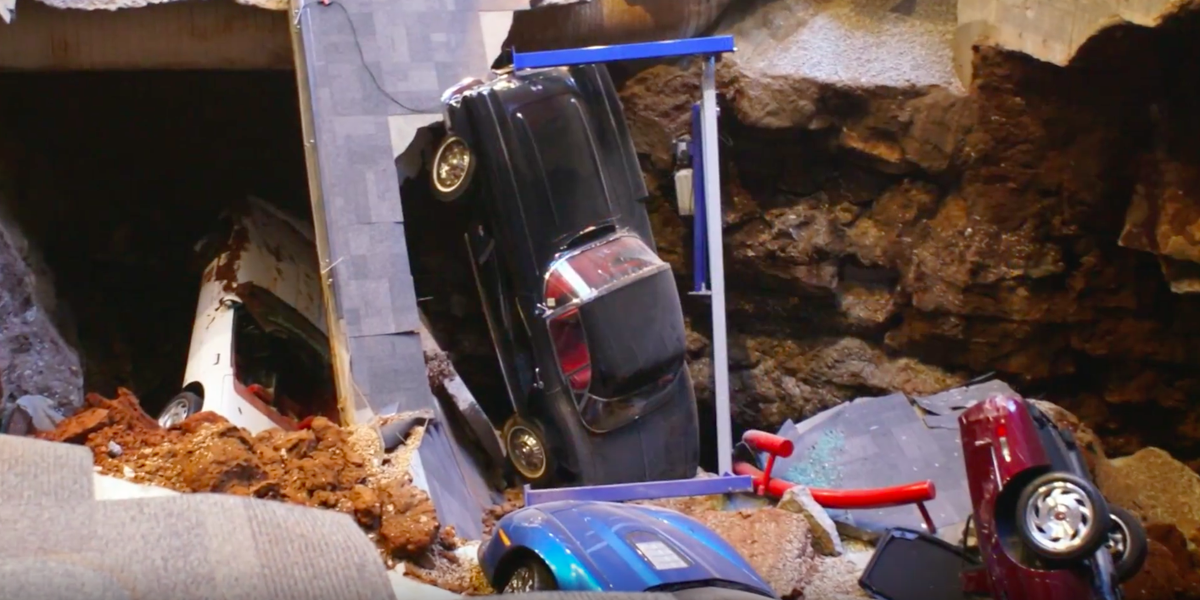 The Last Sinkhole Corvette Has Just Been Restored

After four years, this black 1962 Corvette has been brought back to its former glory.

I was at the Museum a few years ago (after they repaired the sinkhole and pulled the vettes up). 2-3 of them are beyond repair. I’ve seen cars that have gone through a crusher that looked better.

Nothing is beyond repair. Nothing. Even if you darn near lift the VIN tag up and slide a new car underneath, it is still repairable if you have enough time and money. The value is in the VIN itself, not the parts. If that value is high enough, it is worth repairing.

That said, a car is only original once.

a few of the wrecks on graveyard cars are close to a rebody job. but not all. i think they have quite a few cars waiting in the yard for work. the aerial shots seem to show dozens.

But the guy’s antics really get on my nerves

The value is in the VIN itself, not the parts. If that value is high enough, it is worth repairing.

Please give me an estimate of what it will cost to repair these vettes and a detailed parts list of what can actually be repaired compared to what needs to be replaced. 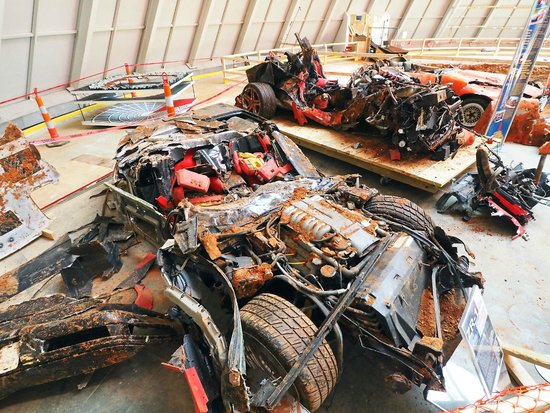 I’ll give that a go…

Since the car in the picture is the 1993 Corvette ZR-1 Spyder prototype, that is a special one-off with an experimental VIN tag. It is worth an estimated $250,000. It has a ZR-1 drivetrain but a largely is a stock 1990 Corvette convertible with a few custom touches like the lower windshield and side glass.

Figure $40K for a pristine donor car, $40K to re-create the custom windshield and side glass (GM built it, GM has the drawings) and $100,000 to re-create the car. The $180K in the restoration should be worth the diminished value of the car with $20-40K for cost overruns.

So basically just replacing with parts from a donor car. That will diminish the value greatly. It won’t be worth anywhere near $250k.