Since joining Tesla in June 2021, Christopher Bousigues and his team have built the Singapore business from the ground up, made the Model 3 a “common sight in the Singapore car landscape,” set up two showrooms and one service center, developed a network of seven superchargers across the island and successfully launched the Model Y with an "overwhelming response

Wow, he did so much
But, they love Tesla in Asia.
Thought Beijing plant was going to make 1000/day?

I’m presuming those accomplishments are not the reason he lost his job. I think I heard on the news recently that Tesla’s Musk was thinking an immediate cut in Tesla’s workforce was needed in anticipation of what he believes to be looming adverse market conditions.

Yep, Elon is seriously concerned about the future storm to come and is making cost adjustments for survival. He doesn’t call it a hurricane yet though like jp.

a network of seven superchargers

Wow, a whole 7 superchargers. What a grand accomplishment.
(sarcasm intended)

100 Tesla Superchargers are being installed at a shopping mall in Barstow CA. 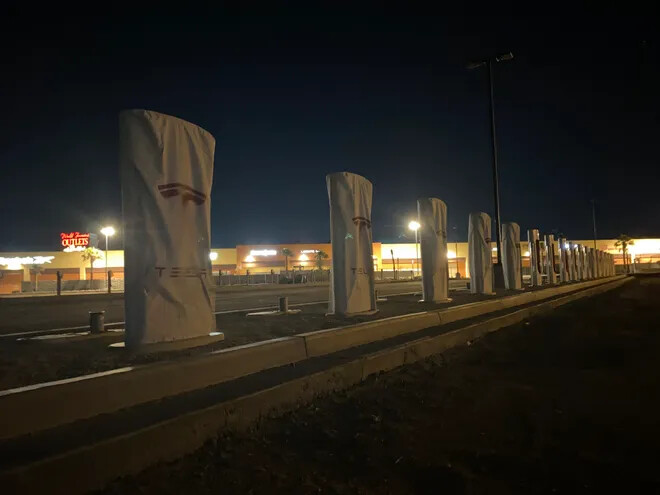 Like I said I turned around in a parking lot near Chattanooga and there was a bank of about a dozen of them. All lit up but none in use. Don’t recall seeing many electrics on the road either, except in Chicago. I though I read that the feds were sinking a lot of borrowed money into installing chargers. Maybe that’s why the emergency solar panels.

And and even then they will have almost 9x more, at that 1 mall than that “Christopher Bousigues and his team” managed to install in all of Singapore.