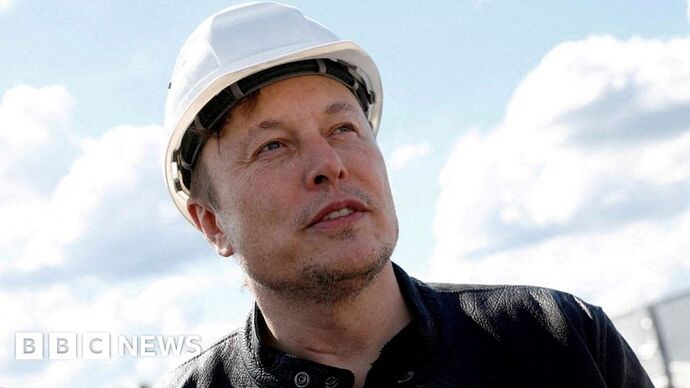 Elon Musk said the Covid-19 lockdown in Shanghai was "very difficult" for the electric car maker.

Too bad, so sad… No sympathy at all. If your supply chain depends on a country (or a state controlling the ports) that doesn’t give a darn about your business, that is the risk you take.

I expect he’s looking for some $$$'s from the US taxpayers. And I expect he’ll get it, in spades.

He says if you go 1 block south and then 1 block west and then 1 block north you will be at starting point. At the North Pole. Isn’t going 1 block East/west considered moving on a grid pattern and at 90deg angles? Is his answer based on compus readings?
I know he is a smart ass but I think he is wrong.

Often given as an example what occurs in dealing with non-Euclidian geometry in college mathematics courses. Euclidian geometry assumes everything is flat in all directions going to infinity. Earth of course isn’t flat. Well, according to most people … lol …

NY State taxpayer gave him one billion dollars for a solar city plant where much of the equipment we paid for has been sold off as no longer needed.

I read that they’re switching to LFP lithium type cells in half of their cars. These last twice as long as the regular type of lithium ion but they have lower capacity, so they’re not used in the longer range versions of the vehicles. But if I read correctly it’s the Chinese manufacturing that is using LFP. So does that mean the North American market gets the shorter battery life version of the cars?

If your supply chain depends on a country (or a state controlling the ports) that doesn’t give a darn about your business, that is the risk you take.

Wouldn’t that describe all automakers (plus a lot of other industries) to some extent with the chip shortages and supply chain issues?

Additionally, batteries made in other countries are a lot more dependent on the supply chain than chips. UPS or DHL can ship chips by air…huge batteries come in ships that need ports.

Musk isn’t going to get cobalt or lithium for his battery factories from inside the US or Germany.

Additionally, batteries made in other countries are a lot more dependent on the supply chain than chips. UPS or DHL can ship chips by air…huge batteries come in ships that need ports.

Oh heck yeah! Even made in the US EV batteries must import raw materials to make them from China, Columbia and the Congo. Large bulky heavy raw materials that come in via the ports… 2 of 3 through California.

Problems for all automakers.

Well that sucks. Very difficult to be “energy independent” in the truest sense, I reckon.

Being ‘energy independent’ is a distraction, nothing magic happens at that point. Folks in Japan, which produces about zero oil, pay the same as we do (aside from taxes), even though we’re importing about zero net petroleum.

Being ‘energy independent’ is a distraction

I’m not looking at it as an exports are greater than imports thing. I’m looking at it as a we don’t rely on another country for our energy needs at all type thing. I don’t see how that could not be a good thing if we could achieve it. The old “made in the USA” scenario.

It looks like Japan uses 1/5 to 1/6 the amount of oil we do. Not sure how that factors in to their gas prices.

I see no practical/desirable way to achieve that. That would require eliminating all imports/exports of oil, natural gas, petroleum products, electricity, uranium, coal, the list goes on and on.

You’re probably right. I did say this:

Very difficult to be “energy independent” in the truest sense, I reckon

Sorry to hear that, Times are tough right now for every business, most small business think that if they could only go big that would solve the issues, but you are saying that it’s a door into more problems?

He admits he is an alien

Guess Musk is going to be living in a cardboard box and scrounging dumpsters for food very soon.

Musk is gung ho on accountability so if his companies are losing billions then axe the person who is responsible for it; himself. Per the usual though, the buck never quite reaches the top…

if his companies are losing billions then axe the person who is responsible for it; himself.

Musk might just talk himself–and Tesla Motors–into financial oblivion if he doesn’t learn to keep his mouth shut. You may or may not remember the case of a group of young Thai soccer players who were trapped in a cave about 4 years ago. Musk labeled the guy who was attempting to rescue the kids as “a pedophile”, and made other offensive–and baseless–statements about the rescuer.

But, I guess that big money really can buy the best attorneys because–believe it or not–Musk won the defamation suit that was filed against him. What a self-entitled jerk! 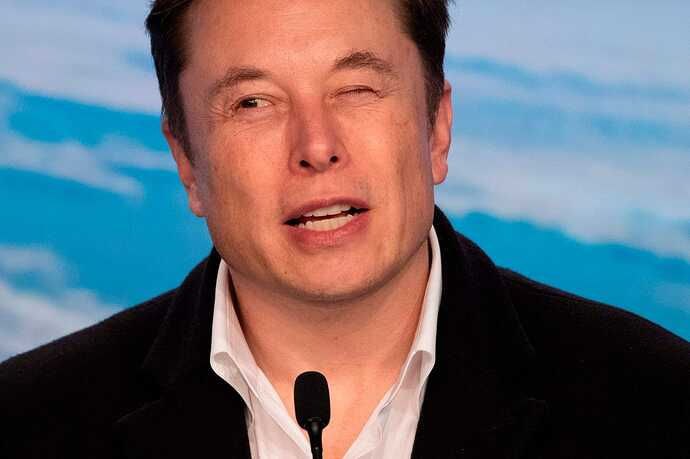 Billionaire Elon Musk has described himself as “an ... idiot” according to newly released court documents in a defamation lawsuit triggered by one of his tweets.