Not your usual used listing, nor vehicular. Not associated with the seller in any way, but listing was too good not to share. 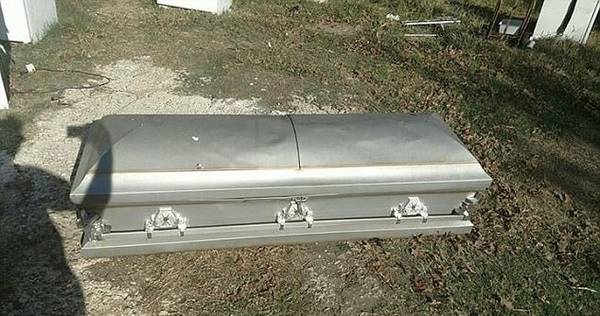 Wrong diagnosis so no longer needed. Slept in it a few times super drunk, but never used in ground. A little banged up, can’t recall why. No emails, please, just text . Thanks.

Well, if you have a hearse as a daily driver, would be a nice addition. Convert it to an ice chest.

Speaking of coffin weirdness, there’s a street in the Twin Cities that’s full of old mansions. One of them was built by an undertaker whose wife didn’t want him advertising the business near the house. So he stuck a decoration on the roof that looks like a casket to tweak her nose, and it’s still there: 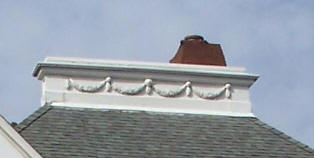 Any chance that was Franklin Ave in Mpls?

No, Summit in St. Paul. It’s in that Summit and Grand area where all the houses cost the GDP of most countries.

When I saw the title of this thread, I assumed someone was selling their used Chevette or something similar. This is an actual coffin for sale.

Or maybe one of these? 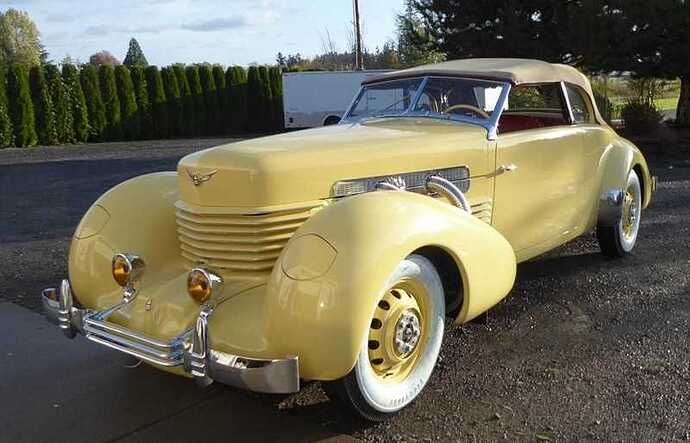 that one of the first fwd cars

No, many years too late. Pre 1900 the French built some. In 1907, J Walter Christie built race cars with FWD. Citroen built a production car starting in 1934, 2 years earlier than Cord.

True Story, I lived in Kenmore NY as a teenager.

One of our funeral homes was Bury, the other Amigone, pronounced Am I gone?

We have a mineral home named Burrier.

No, many years too late.

But if I remember it was if not the first then one of the first FWD cars to crack 100mph.

one of the first FWD cars to crack 100mph

For road cars, could very well be the one that cracked 100 mph. Cords were fast.

Harry Miller built a FWD Indy 500 racer that averaged just over 100 mph finishing 2nd the 1925 Indy 500. The car had a straight 8, DOHC, 4 valve per cylinder engine copied from the 1913 Peugeot 4 cylinder Indy engine that was the first to qualify on the pole at just over 100 mph. The picture of the Miller car is below. 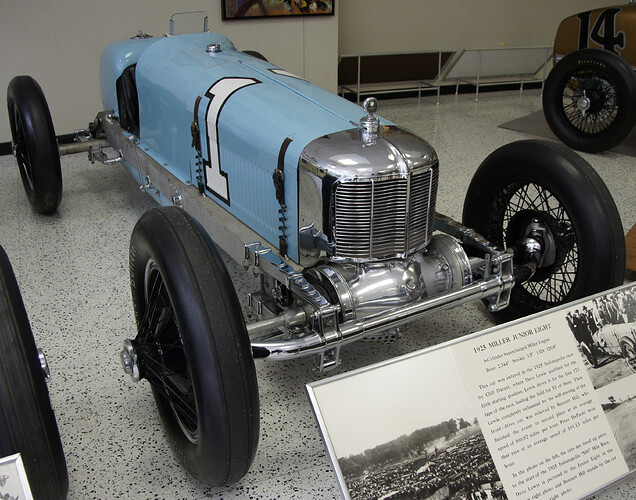 But if I remember it was if not the first then one of the first FWD cars to crack 100mph.

Yes, that Cord model–the 810–was fast, but its fatal flaw was a tendency to overheat. The first Cord, the L-29, was also FWD, but its fatal flaw was that the engine was set so far back from the front drive axle that it had terrible traction on upgrades. Groucho Marx bought a luxurious L-29, but after finding that it was unable to climb his steep gravel driveway in Beverly Hills, he quickly–and angrily-- sold it. 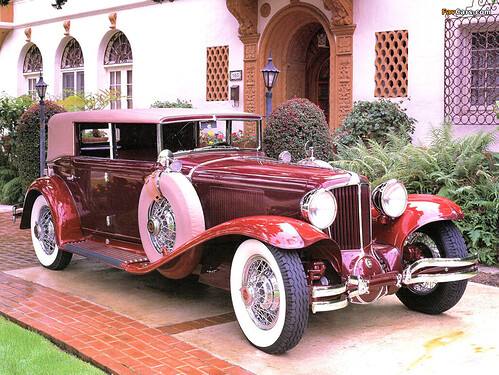 Interesting because Groucho , one of the highest paid Stars applied to the Beach Club but was rejected because he was Jewish. .

His response was, "Well my kids are half Jewish so can they go up to their waist?