I went to the dealer for a $25 oil change on our 05 Legacy turbo wagon.

During the course of action they finally showed me my displaced trailing arm bushing. This time with an estimate to replace the one for $250 instead of $550 for both a different time.

They showed it to me and said I would experience odd tire wear (none observed).

Will this cause serious issues or a safety hazard. I did not get a straight answer but they stated not good.

For clarity it is Part #13 in the following graphic. My question is if this part is displaced a bit, is this dangerous? 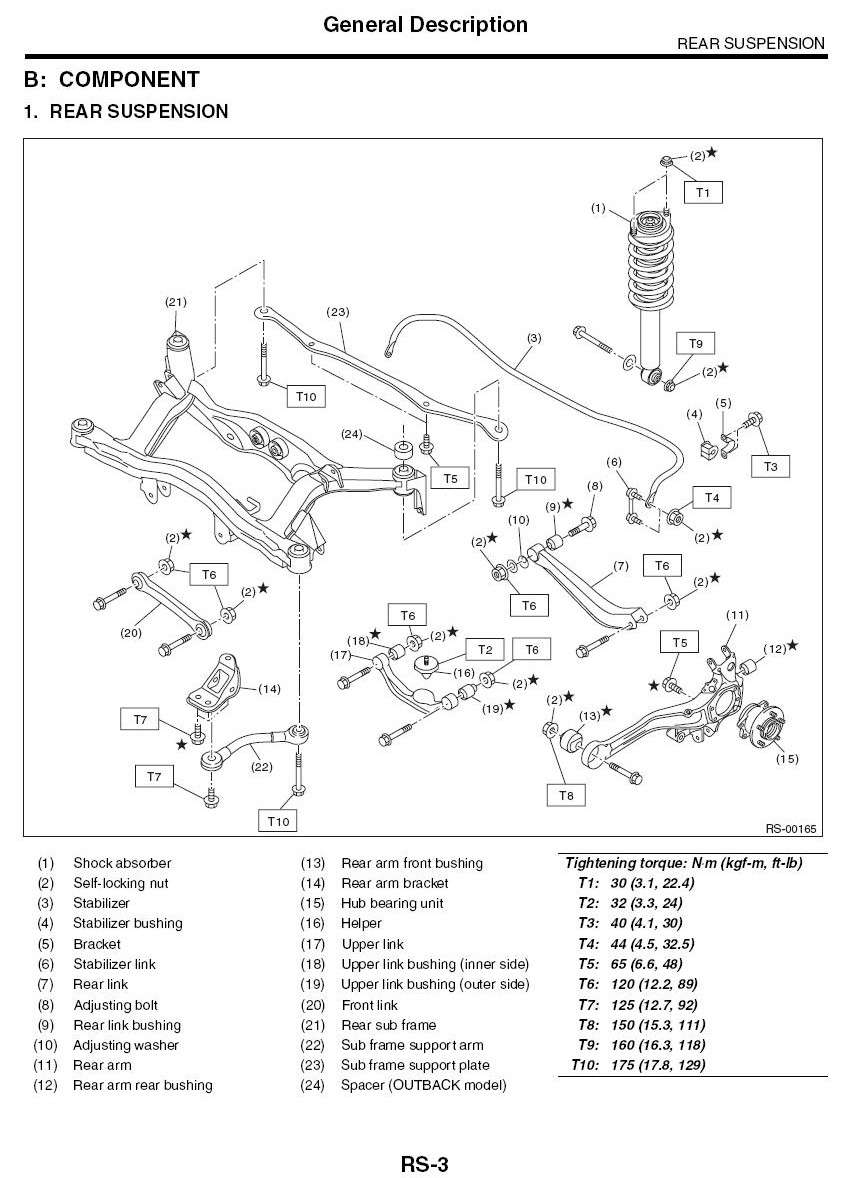 Sorry, but I’ll bet my morning muffins it came out of the factory that way. And as long as it isn’t loose it’s fine.

I think they noticed that you had some money left in your wallet after paying for the oil change. And they want to fix that for you.

Excellent post, by the way. Nobody has ever given us that much detail that I can recall.

Normally, when a bushing like that needs to be replaced, it will come apart and start making a lot of noise over bumps. At that point you would see unusual tire wear if you continued driving on it, but I have never seen a bushing I would consider ‘failed’ that is just slightly different than the one on the other side. If it really goes bad, you will probably notice it.

Another Subaru forum I asked what the heck it was and I got that detail drawing you see here back in a post. They actually showed me the “failing” part too on the lift.

btw I did over hear it was a slow day for them.

JMHO, but a bushing should not be mismatched that much. Since bushings like this are a royal pain in the neck to remove and unlikely to ever move around, it would seem to me that a bushing out of kilter that much would have to be caused by a factory install problem (unlikely), the bushing has been replaced incorrectly in the past, or the rear section has taken a severe wallop due to a collision or curb hit.

I would think the offset would affect the wheel toe-in or toe-out (depending on the offset) and this could lead to abnormal tire wear over time.
Will this cause a serious safety issue? Not likely at all, but if the car were mine I would want it corrected just to make sure things were at their optimum.

I can tell you what most likely happened if you didnt replace it… the dreaded ghost walking and two bald rear tires… Dont ask… I own an outback. PS white knuckle driving in the rain gives the heart a workout

Is it acceptable to ignore torn suspension bushings 11 years later?
It seems like as much of a valid problem today as it was in the past.