On the 2017-18 model pony cars (Mustang/Camaro), do you prefer the stock look of the cars or the optional or after market striping? Not buying - my office staff members were talking about the early models and the rally stripes and today’s striping options. We had strong opinions about stripes. I thought it might make a good community opinion question. New models - stripe or no stripe? Thanks!

Take a peek at my avatar. Stripes can be from the manufacturer, dealer installed or aftermarket installed. I had mine installed after I bought the car used to set it apart from the sea of white cars here in Florida. Plus it looks good!

I specified the stripe color, width, gap, location and finishing with my vinyl guy and he installed them. But kits are avaiable. These are “LeMans” stripes in the American racing colors (google Briggs Cunningham) and not the Shelby Stripes. Another variation.

I like stripes on both the Camaro and the Mustang but not with all colors. Just my opinion.

My 2016 Mustang came with with them from the factory. I didn’t want them, but they were on the car, and negotiations came down to them not wanting to give me what I was asking for my trade because they were going to have to pay someone to remove them, so they stayed, I’ll get rid of them once the vinyl or whatever the’re made of starts deteriorating. Not sure how long that takes though.

I’d have to see some pictures of the stripes on a Mustang, but I have generally concluded that when stripes are offered on a new car, they seem to make sense design wise. I’ve always ordered stripes with a car when they have been offered by the factory. They spend a lot of time on paint colors, fabrics, and so on in the studio so I tend to follow their suggestions. They can make re-finishing a little more difficult though.

I had a '79 Scirocco with a good-sized set of factory stripes, I liked it at the time, but TX sun caused lots of wear.

As for Mustangs and Camaros, I don’t mind stripes that are similar to older versions. But I’d get one without stripes. It is 100% personal taste.

New models - stripe or no stripe? Thanks!

What ever the owner wants , simple as that. What I do to my vehicle is for me , not anyone else. 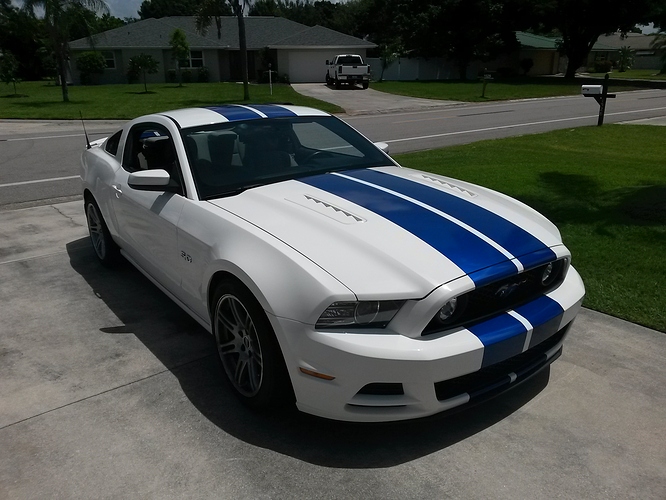 Back in the old days we called those racing stripes. Maybe they still do. They kind of set the car off though on white. I’m not sure how it would look though on a dark color like red, black or blue, but on white it looks good. 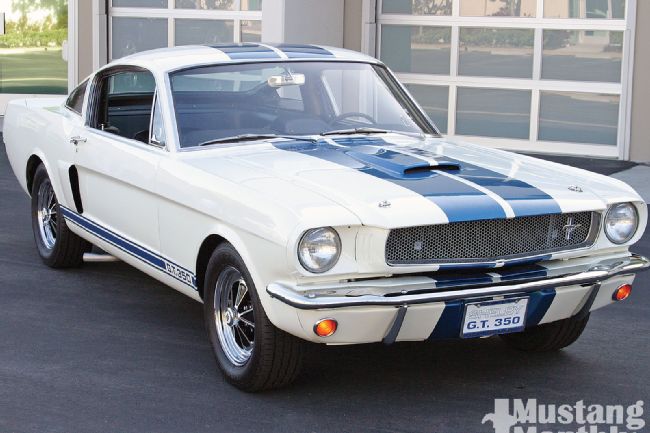 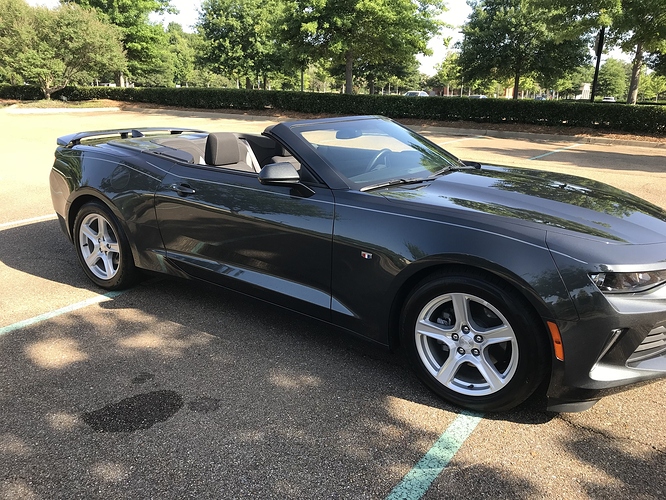 Grey car, fine line pin stripes, I don’t think a wide racing stripe goes with that. You’ve got a conservative, tailored look now and racing stripes are a different look altogether. But that’s just my opinion.

I prefer stripes of some sort.

My son’s Camaro is that nightfall gray metallic color. To me it looks a bit bland with no striping. I kept telling him he should get the Synergy Green. That way it will stand out and never get lost in the parking lot.

In the mid 70s my brother in law had a Shelby GT 350 like the one in the picture. Bought it from a guy across the street for 400 bucks and a pair of stereo speakers. Straight and running good…how things change.

Thanks for your opinion!

The idea I’ve kicked around is to use pearl white and do realistic flames/smoke coming from the vents that stop where the body lines stop on the hood and to remove the 5.0 badges and do the same effect. Something subtle and relatively inexpensive.
The “money is no object” idea would be realistic flame idea/smoke idea as the full rally stripes ending at the back of the car with a fiery Mustang horse. 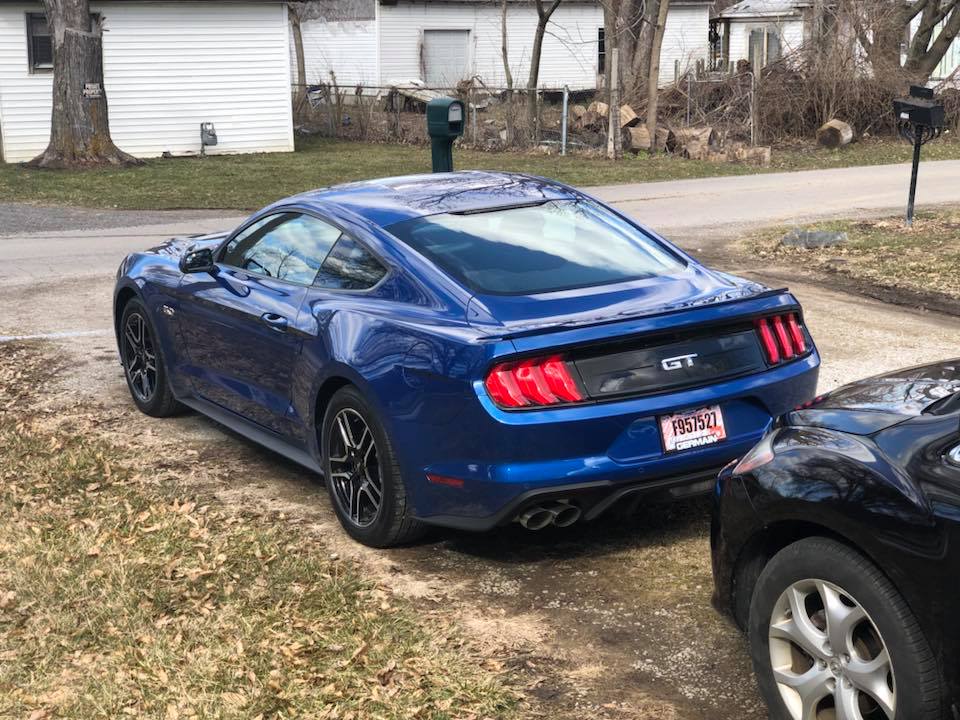 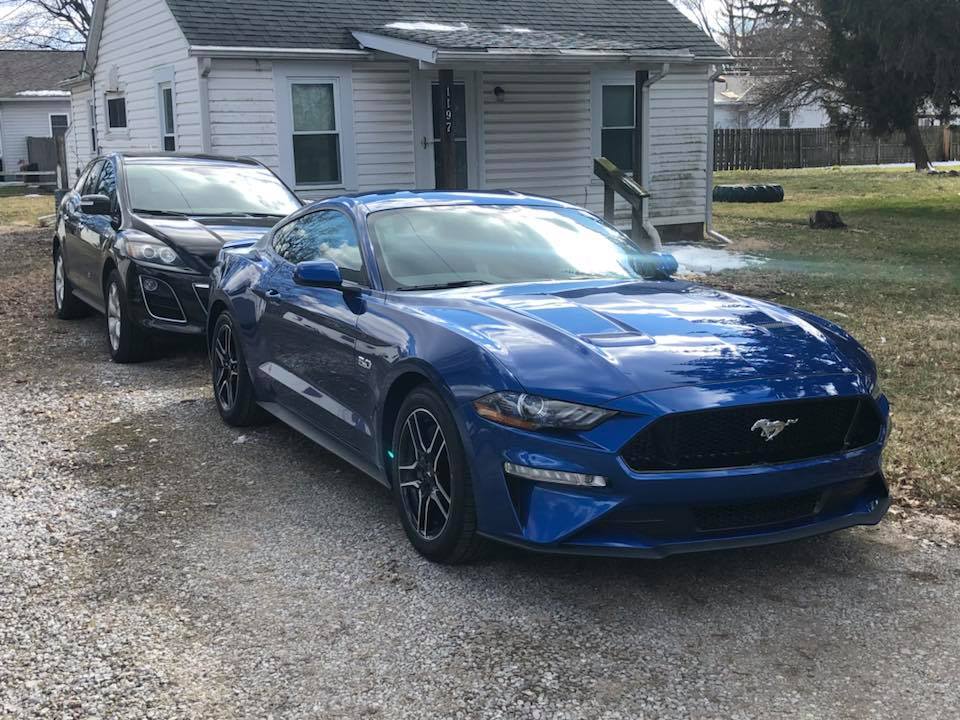 I like the color of your car. Great styling on that car, too. I see your reasoning on the double to single striping.

No, I’d be keeping the dual stripes. Upon searching google, I guess I was wrong in what I thought rally stripes were. No, my idea is more akin to the old school Boss 302 Mustangs, just without the wide stripe in the middle 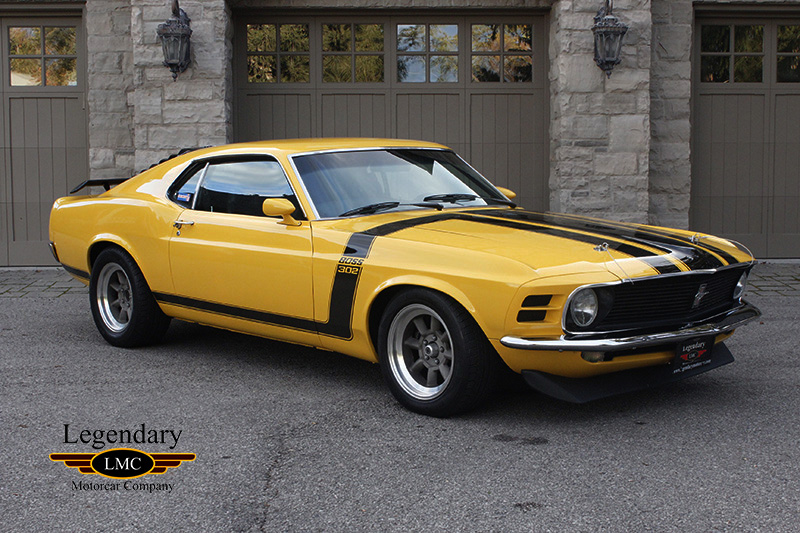