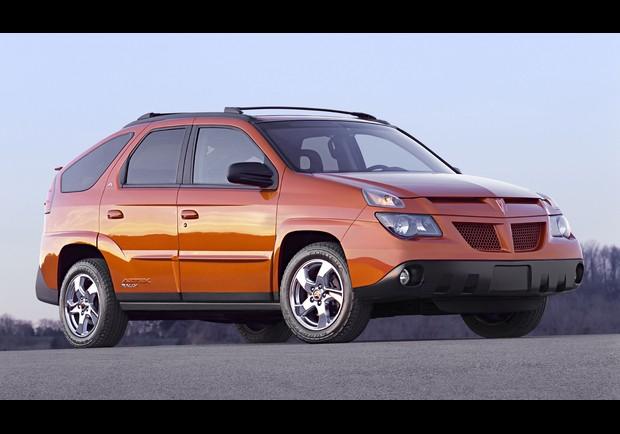 Where to begin with what has come to be regarded as the SUV equivalent of the Ford Edsel? Mechanically related to the Buick Rendezvous when it debuted in 2001, the Aztek was Pontiac's attempt to think outside the proverbial box with regard to...

I hope this links correctly. There are some butt ugly ones here but I am kinda partial to the VW Thing. That is a vehicle somebody with an eye could transform into anything. Know of any others?

I always thought an suv could at least tow something, now the definition is cloudy at best. I thought it meant suburban ussalt vehicle!

The thing about the Thing is that it was cheap to buy and own. Look at the prices of some of the pictured disasters and it becomes obvious why they didn’t sell. The public has more common sense than they’re often given credit for.

The Fiat 500 may just sell because its MSRP of $15.5-$23.5 is, at its base, realistic for what the buyer gets. Many of those in the link are absurdly priced.

Look at what the VW Things will bring today though. One in decent shape will easily bring 5 grand or more.
The Aztec gets my vote as Most Hideous but there’s a number of Aztecs still running around here on a daily basis. Good vehicles IF you can get past the styling. The only way I could drive one of those in pubic would be with a paper bag over my head.

Speaking of gargantuan, some of you may have seen the South African Marauder SUV on Top Gear.
Twenty one feet long, 9 feet tall, 3" thick bulletproof glass, and weighs a dainty 20,000 pounds.

It was interesting how they blew a Hummer H3 to tiny bits with some C4 plastic explosive but a similar amount of C4 under the Marauder did nothing more than break the bead and let the air out of the right rear tire.

While the Aztek and the Thing are the ugliest, the 2 seater Suzuki X-90 has to be the oddest of the bunch. When my wife first noticed one of these going down the road she commented “Look, there’s Mickey Mouse’s car.” It was red and I had to agree it looked like it belonged to Mickey Mouse.

Aztek IMHO is the absolute ugliest vehicle ever made, bar none. How in heaven’s name any project manager ever approved that is beyond my comprehension. Maybe it was the same guy that was behind “New Coke”!

My candidate for the ugliest car ever made is the 1959 Cadillac. With the Pontiac Aztek, there is some function to its form. There is no function to the shape of the 1959 Cadillac. The high rising fins served no purpose whatsoever. These cars hit the road when I was a senior in high school. I thought they looked awful then and to me the design hasn’t improved with age.
In fact, the whole GM line I thought looked awful, but the Cadillac took the cake. My dad was driving a 1954 Buick in 1959 that had gone 100,000 miles (quite a few for those times) and had had no engine work. He thought about trading for a 1959 Buick. After a test ride with the whole family, we decided we preferred our old Buick. The seats on the 1959 were hard in the middle, making it essentially a 4 passenger car. The trunk was very shallow. The seating position was too low for all of us. My dad told the salesman “I’m not paying $3200 for a 4 passenger car”. Form certainly didn’t follow function for these cars. Some years later, my dad bought a 1963 Buick LeSabre. It truly was a comfortable car and had a great trunk. Somehow GM saw the light between 1959 and 1963.

ahem
the Aztek was the winner for so long, now the Nissa Joke has taken the title, imho

You’re absolutely right BScar! I saw one of these on the road the other day and my reaction was “what the heck?”. It was the most bazarre, most useless looking thing I’ve ever seen. They do, however, start at under $20K, so they’ll probbaly sell some.

Not an SUV, but a runner up for ugliness: 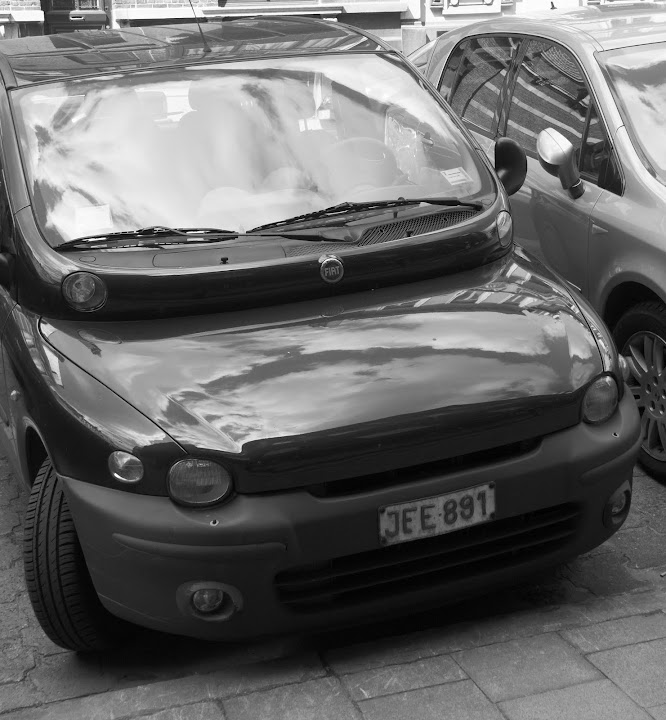 I spotted this one in Brussels.

Apparently, Fiat management realized shortly after their introduction that these cars were not considered attractive, because the ones sold in the UK had stickers on the back window that read, “Wait till you see the front!”.

Interesting that 2 of them are military vehicles: H1 and Mercedes G Wagon

I’m leaning towards bscar about the Nissan. There’s few of them around here but I got a good look at one in front of me while I was on the way home this evening although that one was blue.
Maybe the engineers responsible for the Aztec were downsized at GM and found their way into the Nissan engineering department.

No matter the color, it’s aardvark ugly and way uglier than even the picture above presents it. Break out the grocery bags and scissors …

Nissans are looking uglier and uglier, so you may be right

I like that nissan if only because the lights were designed to mimic a crocodiles eyes. I would buy one.

I find the worst to be the Lamborghini and the Mercedes. Not so much because of the styling ( and I do find them ugly ) but more because “look, I’m a MB or Lambo, whatever I decide to vomit out of my design dept. people will buy simply for the badge on the grille.”

I was first assaulted by Juke’s image when I was at the local Nissan to test drive the Rogue. It was a purple one parked in front of the lot. For a few hours the image kept bugging me. The Aztek’s around here are now older and less shinny with a few scratches and dents, so doesn’t bother me as much as it did in the beginning.

The more I look at the pic of that Nissan the uglier it gets. Right now I can’t spot one redeeming feature on it other than the wheels and running lamps.

I’m sorry…but the AMC PACER (aka Fish Bowl) is still the ugliest…At least according to me…It’s just plain UUUUGGGGGLLLLLYYYYY.

I remember most of the SUVs in that article. I always thought the VehiCROSS looked like a running shoe. If I recall, the lambo could be outfitted with pressure doors and a snorkel to drive around completely submerged.

I did find it amusing that the picture they showed for the GMC Typhoon is not a Typhoon. The real Typhoon looks like this:

I very, very badly wanted one of those when they were being made. Hell I’d still get one today if I could find one in decent shape, and I don’t even like SUVs.