I’ve been cleaning out my Mom and Dad’s house and ran across what I think is a
hood ornament from a car. Can anyone ID this? I found something similar
with a 1928 Nash but nothing exact yet. It’s about 5 inches long and is really
quite heavy for it’s size. Thanks.

Here’s the 1928 Nash link which seems to indicate I’m in the right neighborhood.
http://www.redbubble.com/people/jillreger/works/7167826-1928-nash-aftermarket-hood-ornament

I checked this site out, but they don’t show anything looking like that 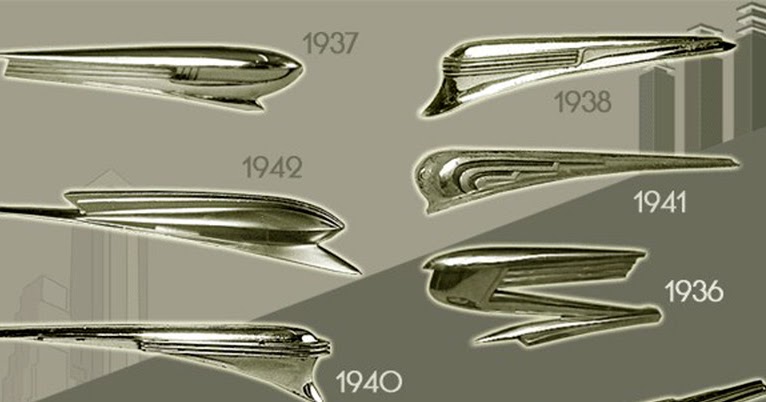 Hood ornament identification guide, if it ain't here, don't ask me. I don't...

A lot of people find hood ornaments, and hope to identify them... and some see this guide and with all the items it has, it still doesn't...

Yeah, I saw that too. It takes quite a while to look through them all. I also did a web search for flying lady hood ornaments and didn’t see anything. It might be a custom ornament.

google has it where you can upload an image from you computer, or a website, but that didn’t yield any results

Are you sure it’s a hood ornament? It looks like it could also be a figure from a trophy of some kind…minus the base.

I think what you have is called an aftermarket accessory ornament. Not made by a car manufacturer but made by folks making accessories in various designs. I don’t think Nash ever did anything like that and she clearly says its an “aftermarket”. The link below has a similar one “Girl Holding Feather #323” from a guy’s collection. Its under “female mascots 1” down the page quite a bit. Its marked as unsigned in that the manufacturer was not identified. I don’t know what they are worth. Might want to ask the guy what he wants for the #323. I could be wrong.

It looks the trophy I received for selling peanut brittle while in the cub scouts.

Are you sure it’s a hood ornament? It looks like it may be from the top of a beer tap.

I think I saw that thing one time on Antiques Road Show! But I have no idea what it is.

I agree that the hood ornament in question may indeed be something unrelated to cars, or–if it is a hood ornament–it is likely to be an aftermarket accessory from years ago.

This leads me to an observation from a few days ago. While walking through a parking lot, I saw a Honda Civic (probably about 6-8 years old), which had an imitation Packard “dying swan” hood ornament on the extreme leading edge of the hood. With the combination of the sharp edges of that ornament and the very low positioning of the hood on that model, it was the perfect storm for impaling or lacerating a pedestrian who had the misfortune to walk in front of the car.

But…the best is yet to come!
The person who owns that car apparently thought that an over-the-top hood ornament was not sufficient adornment for his car, so he also added a “trunk ornament”! On the trunk lid, he had installed something that looked like the head of a mythical Goddess, looking backward.

Overall, the car was not in good condition, at least in terms of what could be seen. So, it makes me wonder whether these tacky accessories were a higher priority for the car owner than maintenance. More than likely, the car’s owner is more familiar with the junky accessories in aisle 9 of his local Wal-Mart than he is with the maintenance schedule for his car.

@VDCdriver, I wish you had taken pictures. I’d like to see this car. At least those accessories take a little imagination, unlike a huge tacky racing spoiler on the back of a (FWD) Civic.

I don’t think the OP’s picture is a hood ornament at all. I think this might be an attempted joke on us. Fortunately, you guys are too smart to fall for this kind of thing.

I really like the beer tap handle idea but have not done much searching yet.

You can buy all that stuff from JC Whitney. I don’t know what page, I’ve got an old catalog. Some comes with lights like the ram head. That’s why I think its just an aftermarket mascot, never used on Nash.

I think if you put Mercedes emblems/hood ornaments on a Toyota Corolla, most people would think it actually was a Mercedes. Toyota’s body & styling designs seem to me very derivative of Mercedes.

…and if you put lipstick on a pig, some fool would try to kiss it.

“…and if you put lipstick on a pig, some fool would try to kiss it.”

Substitute barbecue sauce and my lips will be on that pig in seconds!

Thanks everyone for the help trying to identify it. It’s doubtful to be a top of a trophy, coming from my family! Aftermarket hood ornament maybe makes sense. Beer tap? Hmmm…can’t locate one like that either. I appreciate the car talk community trying to help me out. Best to y’all!

As I was paging through an old issue of Hemmings Classic Car magazine, I saw a close-up photo of the hood ornament that Stutz adopted in the mid-'30s, and this, “head of Ra”, very closely resembled the…trunk ornament…that I saw on a Honda Civic recently. Perhaps the owner of that Civic is an Egyptian who worships their ancient Gods, like Ra.