… you will have an additional model to consider.
Start saving your pennies now! 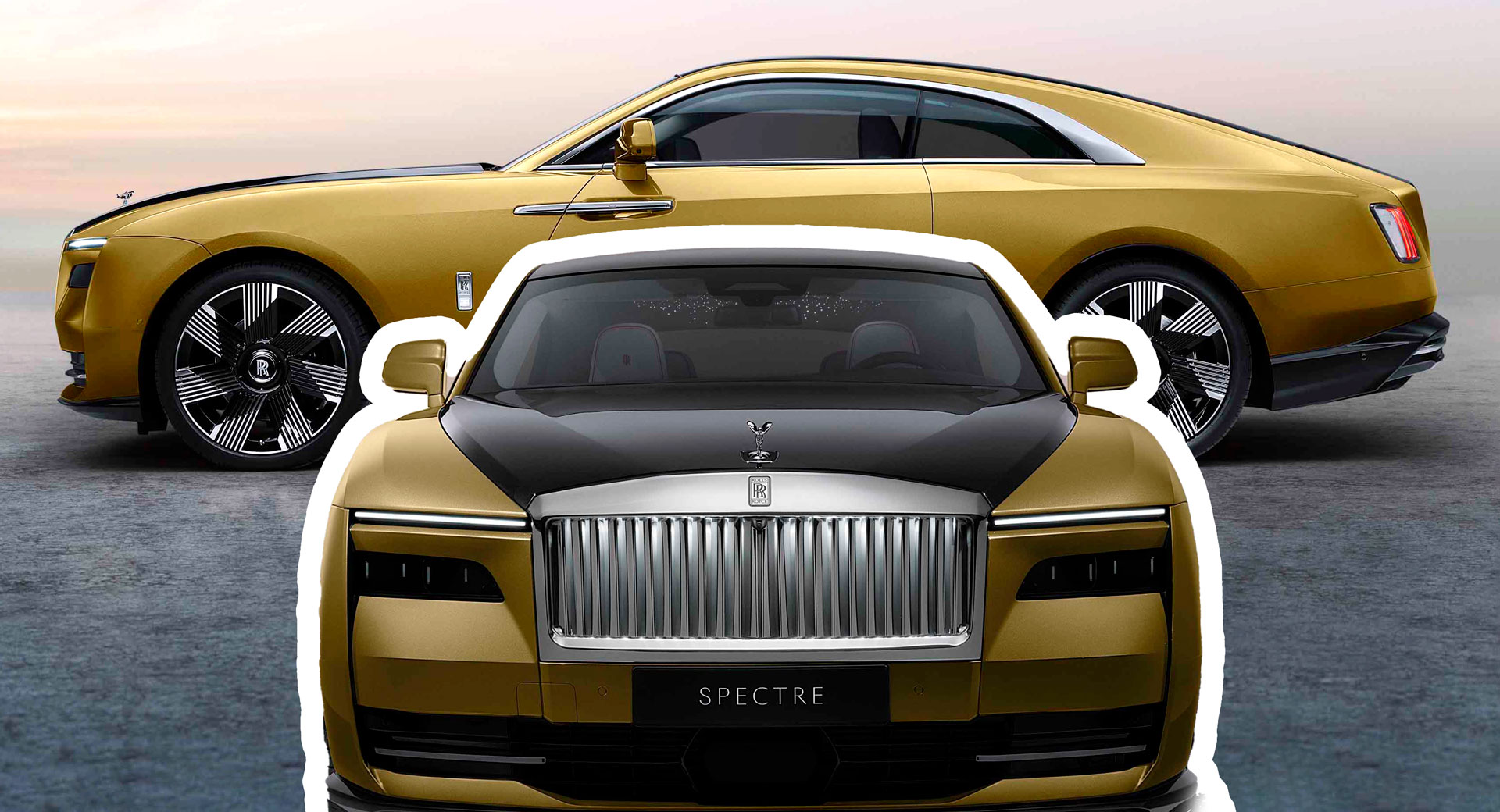 “Once they have seen it here, they are delighted,” said Rolls-Royce's CEO about the Spectre EV

Damn. Credit card maxed out after placed order for Testarossa! Totally missed out on being delighted… lol …

None of us needs to save for this car, just win Poweball tonight!

A Rolls that you’re expected to drive, not be driven in.
What a weird world.

A Rolls that you’re expected to drive, not be driven in.
What a weird world.

I expect one important reason to let someone else drive your car – folks who are able to justify owning a car like that – they want to avoid interaction with law enforcement & the gov’t as much as possible. Tabloid stories and the like, photos on DUI arrest warrants, published in the newspaper & on tv, among others, hurts public image. Since there’s no constitutional right to drive a car, and most ordinary folks need to do that activity to survive, the various local/state/fed gov’ts tends to use that need to drive a car to boost gov’t revenue and as a means to enforce laws, both traffic laws and non-traffic laws. Doesn’t apply to everyone. Johnny Carson did drive his car to work, and Jay Leno is still driving his cars. Jerry Seinfeld apparently likes to drive his cars. All of them got some negative publicity as a result of driving. But Johnny Carson’s co-host Ed McMahon rarely drove a car, he hired a driver for that.

That’s not my point. Rolls-Royce is a brand that built itself on cars one is driven in by a chauffeur, the place of “luxury personal” in Britain was occupied by Jaguar, Bentely and others. The fact their first purpose developed EV is a luxury personal where the owner is in the front seat is… plain weird. Maybe they are suggesting that the driver in it won’t be a driver anymore, just carried by an autopilot?

Get the Rolls look for a bargain price! 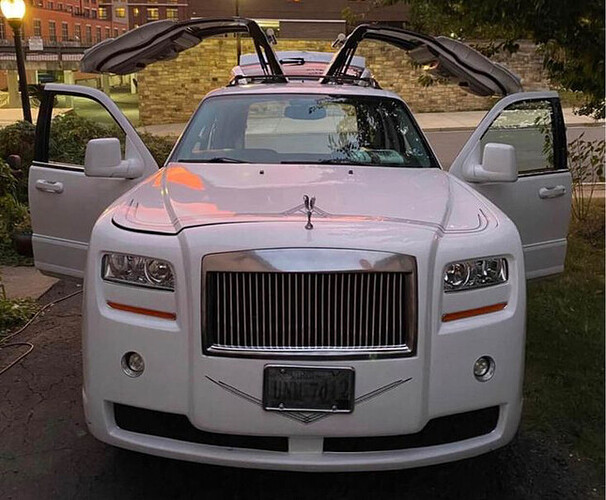 Do I have to settle for one with an ill-fitting hood?

Johnny Carson did drive his car to work, and Jay Leno is still driving his cars. Jerry Seinfeld apparently likes to drive his cars. All of them got some negative publicity as a result of driving.

Negative publicity??? Where are you getting that ?

Johnny Carson was cited for DUI. Jerry Seinfeld got into a relatively minor accident w/his Porsche. Newspaper reports galore for both. Jay Leno, don’t recall any negative publicity caused by him driving a car, but he was involved in a roll-over incident, where he was the passenger. VDO’s circulated.

I knew a coup;e of people who owned a Rolls-Royce. Neither of them had a chauffer and there was no prartition between the front and back seat. They just enjoyed the luxury.

A few weeks ago, there was a Rolls Royce Silver Cloud I (from the mid-'50s, before Rolls introduced their V-8) parked at my local Whole Foods, and it looked like it had just rolled out of the showroom. It must have been restored at some point, but I was hard-pressed to find any flaws–anywhere. Black paint will show the tiniest flaw, but I saw none in the paint, the chrome, or the leather & wood interior.

While I was driving away, the owner came out of the store, and loaded his groceries into the old Rolls, so this elegant old machine is apparently his grocery-getter.

Hopefully Rolls driver wasn’t parked in handi-capped spot. At my Whole Foods this is a pretty common problem, folks driving expensive-looking cars park in the handicapped spots b/c they are near the front of the store.

No, he was parked in a “regular” space, a bit distant from the store. Like me, he apparently likes to do as much as possible to avoid the dunderheads who hit your car with their door when they open it.

Am I the only person who thinks that the current generation of Rolls look like yeech?
Rolls used to be the ultimate of oppulence nad engineering but more important the ultimate of style.

Swooping but classic lines, iconic hood lines and the "Spirit of Ecstacy’ radiator mascot but today’s Rolls look like a bloated Dodge or an updated Marathon taxi.

Time to start looking at the pre 1960"s Rolls and the more recent Bentley Turbo’s for your grandchildren.

Another vote for the current Rolls Royce looking like a 4 committee design that never talked to each other.

On the topic of RR, I’m wondering what people think about replacing original treadplates/interior nameplates on second-hand cars. Like I understand that technically if I own a car, I’m supposed to be able to do anything with it, and having a plate with a name of the first owner instead of my own isn’t preferable, but is it frowned upon by the collectors/enthusiasts? Like, I’m replacing the “original,” ruining its “originality.”

having a plate with a name of the first owner instead of my own isn’t preferable, but is it frowned upon by the collectors/enthusiasts? Like, I’m replacing the “original,” ruining its “originality.”

You have me confused . Are you talking about a personal license plate ? You can put a Rolls Royce badge on a Volkswagen if you want .