I have an undated photograph which shows six cars parked on a street where I used to live. My friends and I disagree about the year the photograph was taken. If we can identify the year of the latest model car shown in the photo, we’ll know it could not have been taken before that year. I am attaching pdf copies of the portions of the photograph that show the cars. If someone can identify the cars and model years, we’ll be very grateful. Thanks!

Possibly due to the conversion to PDF, but it’s very grainy, and I can’t zoom at all. Can you do a high res scan, and post that?

Your pictures are way too grainy. You need to set your scanner to black and white and save in .jpg instead of .pdf. This will create a big file, too big to post or download, so do a save and in the save dialog box, select a lower resolution. As you select the resolution, either with the slider or the drop box, it will show you the file size. Pick a resolution that will yield a file size of between 600kB to 1.2mB.

Back when all the car years looked the same (like today). Sometimes the only difference in years was the tail lights, hub caps, or grill. Sometimes only way to tell is the VIN. Way back it used to be you just looked at the tail light lens and it had the year on it.

I think I see bigfoot in the background

The photos are definitely too grainy to be sure, but I agree with Meaneyedcatz on this one. I blew the photo up and one of the cars looks like either a Pinto Wagon or a '71 or '72 Vega Kammback. In '73 Vega went to the slotted front end and energy absorbing bumper, with a different profile. I’m gonna guess early '70s.

Looks like a 78 Chevy Malibou in the 2nd pic to me. Too granny to identify…

I have to disagree with MB on the Wagon…It looks a lot like a 70’s Toyota Corona. But the pics are so bad it’s very difficult to identify.

The second pic…can’t tell what vehicles they are…but I’d say early 80’s American. The car on the right looks like it could be a K-Car.

Here’s a pic of a Toyota Corona…I could be wrong…but it looks awfully close to the wagon in the first pic. But then again I’m old and can’t see as well as I did when I was 20. 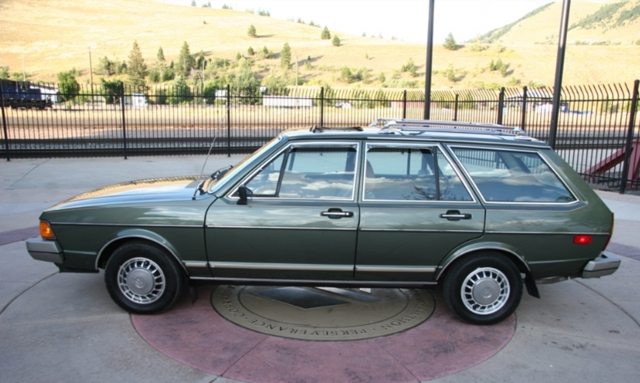