'Hot Wheels Hits the Road to Reach Its Fans' 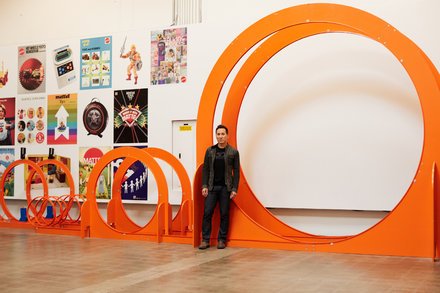 Hot Wheels Hits the Road to Reach Its Fans

As part of an effort to stay connected with people in the digital age, Mattel is sponsoring a nationwide search for a custom vehicle that can be a model for a 50th anniversary Hot Wheels car.

The local flea market always has at least one booth that only sells Hot Wheels. It’s usually quite crowded, both with parents and kids. Still a very popular item it appears. It would never occur to me to sell Hot Wheels at a flea market. I guess that’s why I’m not making any income from doing so … lol …

They made one as a dragster starting about 18yrs ago.

The Metrorail is an original Hot Wheels design based on a customized 1950's Nash Metropolitan, one of the first American "subcompact" cars. The Metropolitan was an American design built at Austin's Longbridge plant in England, and then exported to...

Thanks! And I was joking… Is that a dragster?

Dragster was the idea, with wheelie bats out back and a v,8 with a supercharger under the elongated front end.