The clear coat and paint at several spots on the roof of my 2013 Honda Accord have severely wrinkled. The dealer claims the damage was caused by bird droppings and not covered by warranty. Has anyone else experienced this? Is Honda’s paint formula defective? How can I persuade the Honda rep to pay for the repair.

This is a common Honda problem. Here’s more info that might help you: 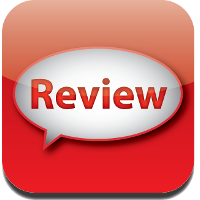 What is happening to my Honda paint? Honda Paint issues

If you have problems with your Honda paint, then read this to learn what you can do about it. Honda extended paint warranty information

If you return to the dealer armed with this info showing systemic problems with Honda paint, you can at least show you know their “bird poop” excuse is ridiculous. With enough persistence and elevating your complaint to the regional manager, you might be able to get some satisfaction. Good luck.

I’ve had a lot of bird droppings on my car and never had the clear coat wrinkle. Can you post pics?

The usual method if the dealership won’t do anything is to start making noise to Honda corporate, and then moving outside the company to the court system and media. Hopefully it won’t come to that.

I am not good at painting cars and consider it a skill somewhat akin to witchcraft, but from what I understand from people I know who are good at it, clear coat wrinkles when it’s sprayed on at the wrong time. If you spray it on too soon, it wrinkles because the solvents in the previous layer haven’t evaporated out yet, and attack the clearcoat.

Obviously, this would not be a problem that would be caused by birds unless they are the ones working in the paint booth.

Based on that, if I couldn’t get the dealership/Honda to see the light, I’d take it to a body shop and pay them a diagnostic fee to evaluate the paint and give me a written statement as to the cause of the wrinkling, which I would then show the dealership. If they still wouldn’t play ball I would tell the dealership that the next person who sees the statement will be a judge and, gee, neither of us wants it to come to that so how about honoring your warranty without being compelled to?

Never seen bid droppings causing the clear-coat to peal away. I have seen it discolor and eat away at the paint if left on there.

Have you ever waxed your vehicle?

I don’t see it being caused by bird droppings, but if the car is parked in the hot sun most of the time, that could cause it. Especially if the dust and dirt isn’t at least hosed off once in a while, combined with forgetting to wax the surface. If the above description applies to your car, I doubt you’ll have much luck getting the manufacturer to pony up for a new paint job. Plus even if they would, I’d be disinclined to do that, for fear of ending up with a two-toned car, the colors and surface appearance not matching.

Just a comment, sad state of affairs, Customer no service, I can only remember mad as hell and I am not going to take it any more. Got an absolutely crap part for a phone that did not fit, free shipping from china, paid $4.85 at amazon, going to write them back, free shipping, It would cost me more to ship it back,
From the 70’s things have not changed much.

I went to a retail store about a month ago, asked them for an item that cost about $4, whether they had it in stock. They said, no, not in stock, but I could order one online. They have it in the local warehouse.

So I say “Could you please just order it for me, from your warehouse, have it delivered to the store, then you can phone me up when it arrives, and I’ll come by and pay cash?”

The reply: "No way. No can do. You must set up an account. And order it yourself. On the internet. "

In conclusion, I decided I could live without that item.

I don’t buy this explanation. Bird droppings would etch the surface of the paint. What you describe sounds like a paint adhesion problem, not anything at the surface.

More than likely it is tree sap. Yes, tree sap can eat the clear. Bird droppings can do this but it is not the norm.

If it in fact is tree sap then it will not be covered under warrantee since it is not a manufactures defect.

Does not matter what year, I have seen this on current model years still sitting on the lot.

I have a 2005 Accord. While I park in a garage at night, it sits on a parking lot at work. I have had bird droppings on it for 10 years and never encountered this condition.

The OP has left the building I think but just to add my two cents. I’m a little confused by the term wrinkling on a 2013. I can see crazing which would be cracking of the color coat under the clear if the clear was perforated. The only time I’ve had wrinkling was when clear was sprayed on too thick over the color coat and usually you only have a short period of time to spray the clear over the color coat or adhesion is a problem. If its whitish though, the clear is coming off which would indicate a problem with the original finish. If its perforated though, that would tend to indicate environmental. Without a picture its hard to tell.

I know way back, GM cars were susceptible to environmental contamination when they were fairly new on the lot and had not yet fully cured. Seemed to be mainly GM then but a 2013 should have been fully cured by now. Or as good as its going to get, which may not be as good as one would like.

@Bing, the 3 spots are nickle sized with the clear coat and/or white color coat wrinkled with tiny ridges. Not crazing or etching but tiny ridges protruding above the paint surface level. Hope this is a better description

That kinda sounds like the clear is separating but I’d just have a body shop take a look see. You can just ask for an estimate to re-do it and ask what they think caused it. Then you’ll have a piece of paper with the info on that you can go back and argue with the dealer or district rep.

Battery acid can cause that effect. Was the battery replaced just prior to this happening? If so, maybe the techs accidentally got some battery acid on the paint job.