Honda Accord clearcoat problem on hood

My beloved 2009 Accord EX-L V6 has an odd problem with the paint and clear coat on the hood. It was in fine shape until shortly after I started using a turtle wax product that claimed you could apply it right after washing the car. Wash & wax. I have a pciture of the car with the Turtle Wax product on the hood looking perfect. Now the clear coat is all gone and the hood looks awful.
I called a body shop to ask how much it would cost to get it painted and they asked me if I’d heard about the Honda paint recall. He said it’s not actually a ‘recall’ but a warranty extension because of known problems with the paint and that my Accord is affected.
I’ve already read through three existing discussions here about Honda paint issues and haven’t seen ay references to the warranty policy. So I’m asking.
Does anyone here have reliable info about this policy and whether or not it would cover a fix for my car?
Here’s the before pic… 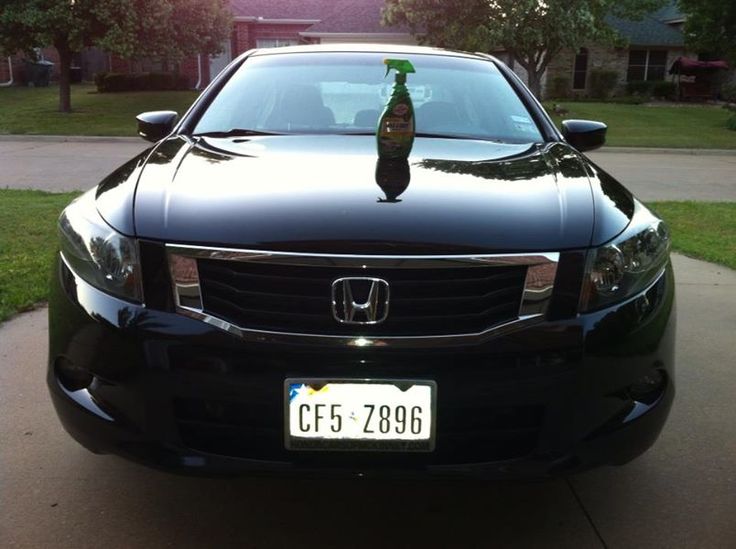 
Here’s the after pic… 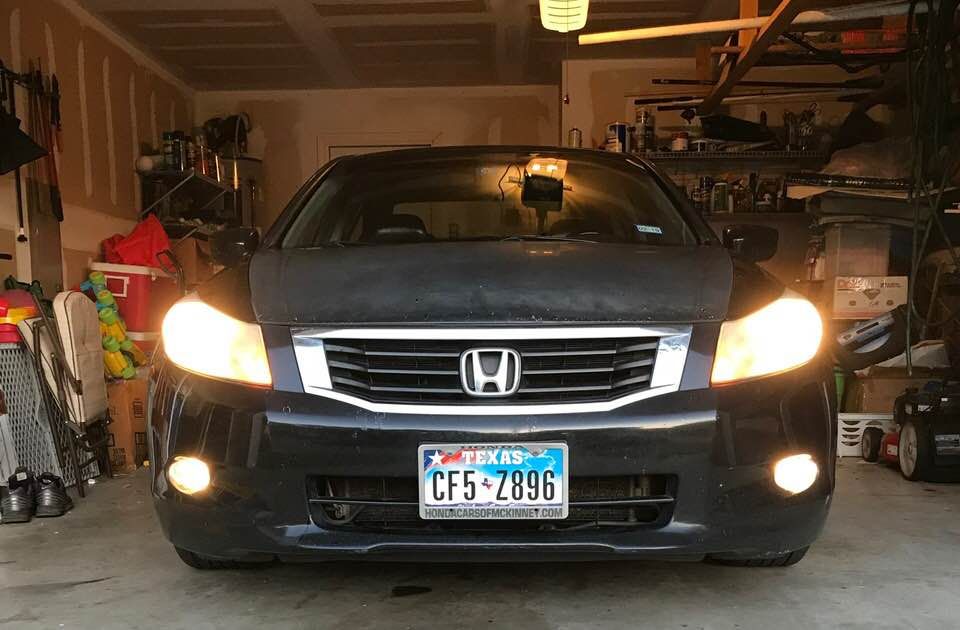 A wax coating that isn’t buffed can look like this. A paint prep solvent can safely remove that coat of wax without too much work.

I used Turtle Wax with a buffer. Eventually the buffer began to leave marks in the clear coat, but only on the hood.

Can you post a photo of the Turtle Wax container label so we can see exactly what you used?

My guess the wax was not designed to be used with a buffer. A rewax may help, using hand polish.

I think someone did more grinding than buffing. That may be melted clear coat and it is going to take a detail shop to redue it.

DUE to the fact this happened after using the Turtle product, what I would DO is, use brake parts cleaner sprayed onto a rag and wipe off all the wax.

Then I would rewax the hood using a different product.

But you don’t want to do this early in the morning.

Use Turtle Wax’s rubbing compound product to smooth it all out again, get rid of the paint oxides, then reapply wax. Use rubbing compound only enough to get the job done, no more as it can rub away the paint too. You’re always supposed to wash the car before waxing it, so I think the product you used is intended to be used while you are washing your car, i.e. wash and wax. Suggest to switch to a product the instructions say to wash and rinse the car, then apply the wax. Turtle Wax makes such a product. It’s still an easy on easy off type, but not a wash and wax type. I’ve never used a buffer for applying rubbing compounds or buffing after waxing. Next time suggest to do it all by hand, doesn’t take that much time, especially for a sedan.

Looks like the clear coat is failing, somewhat “etched” and the wax is embedded in the clear coat. I don’t know the duration of the warranty extension on the paint, you will need to contact a dealer.
They will want to inspect the affected panels to see if they have been repainted.

Thanks Tester, I’ll give this a try. I keep mine garaged, so dew won’t be a problem.

Thanks George. yes, I know. I only used it after washing the car. And the fact that the only place this happened is on the hood makes me think it has something to do with surface temperature. The Texas sun is pretty intense around here and, when you add engine heat I think it just baked the clear coat.
But I’ll try the rubbing compound on a section of it and see if it works.

I wouldn’t do anything besides cleaning it if you are going to ask Honda for help. Rubbing compound could damage it and let Honda claim you caused the problem

Rubbing compound was never intended for clear coat. Polishing compound is finer, and cuts less and can be used on clear coat. It is an abrasive and can be very harsh especially if used with a machine by someone who doesn’t do it often.
Take the car to a detaii shop; not a car wash, and ask what can be done.

I dunno. If you color sand on clear coat, you pretty much have to use rubbing compound to get the 3000 grit sand scratches out, followed by finer polish. Back in the day we used to use corn starch instead of rubbing compound which was a little cheaper and finer though. Might want to try a different brand than Turtle Wax though. When I was ten I used that stuff but then switched to DuPont, and Meguires as I got older.

Without being able to take a closer look and do a test patch, I think I’d do as Tester suggested and get the stuff off and then maybe take it to a detailer.