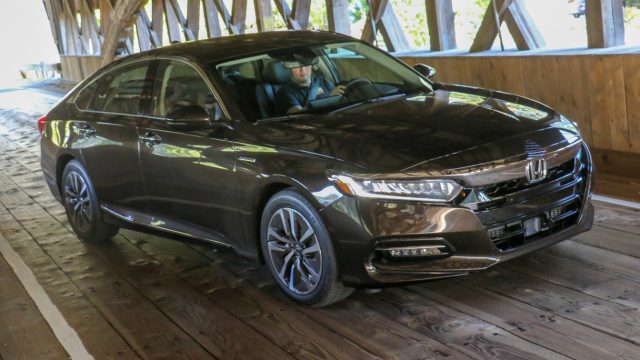 The researchers who discovered the exploit, known as RollingPWN, say it might affect all Honda vehicles from 2012 through the latest 2022 models. However, Honda currently denies a vulnerability exists.

Well I assume Acura too. Never thought I’d have to put in a secret fuel pump switch but it’s in the garage most of the time.

Is this still possible if the car owner keeps the key fob in a Faraday bag or box when he/she walks away from the car?

I assumed they are reading the codes from the computer itself, not the fob, but beyond me. When I go away for any extended period, I physically lock my garage doors anyway.

When I go away for any extended period, I physically lock my garage doors anyway.

There are several “ways” to “lock” the Garage Door when you have an electric garage door opener. 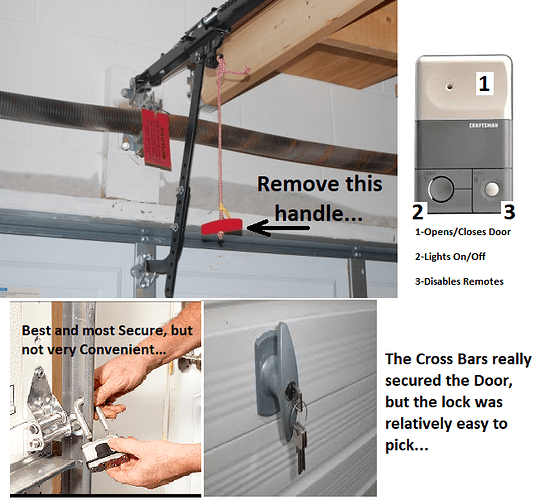 But one thing all should do is remove the handle on the Quick Release Pull. The linked video says to cut it away, I say if you just remove anything that can be hooked should keep you safe.

I presume how this works, the would-be thieves have a electronic receiver gadget that reads & stores the code sent by the owner’s key fob when they open and start the car. Then they watch until the owner parks it, and use this technique steal it when the owner walks away. Honda apparently “rolls” the code after each fob press to prevent this type of theft by code receiving thieves, meaning the computer in the car requires receiving a different code from the fob than the one just used. Somehow both the fob and the car’s computer know how the codes are supposed to sequence, and apparently now, so do the thieves.

I’ve never had the outside crossbar lock. Just the inside slide lock. I wouldn’t take the handle off the opener either since I have used it to disconnect the opener for various reasons. I just use the slide lock. Gotta destroy the door to open it so might as well break a window. Weakest link theory. I have the key pad reader though on the outside so if not locked all one has to do is pull it off and short the wires, so the slide lock is easiest.

You are probably right @bing. My solution is not to push buttons on the FOB at all. I use the proximity feature to open the doors or trunk. Since I have to carry the FOB, this is likely about the same as pushing a FOB button, but the article says you have to push a button.

I don’t think a faraday cage would work. You have to pull the FOB out of the bag to use it and that’s when the crook would read the code.

My solution is not to push buttons on the FOB at all.

You mean fob. The word is fob. It is not an acronym, so its letters are in lower case. Examples are watch fob, or key fob.

There is an acronym, FOB. Its letters stand for free on board. It has to do with goods that have been shipped to a port and all tariffs, fees, etc. have been paid and the goods are now available to be picked up by their rightful owner, or an agent hired by the rightful owner.

Yes I understand but I have given up on this dang ipad. It capsizes some stuff and not others, changes my words, and I just don’t care anymore.

The words of confucious come back though about precise language causing errors and confusion. I’d have to look it up again.

Was it Confucius (Kong Zi) who said something like, “It is important to say what you mean, so that others know that you mean what you say.”?

That line, or something like it, was in the great movie The Last Emperor - spoken by an aide advising the young emperor-to-be.

Thank you for explaining the undesired techno assistance. Makes sense to me now.

I have given up on this dang ipad. It capsizes some stuff

Was your I-pad responsible for the tragic incident yesterday in NY’s Hudson River? 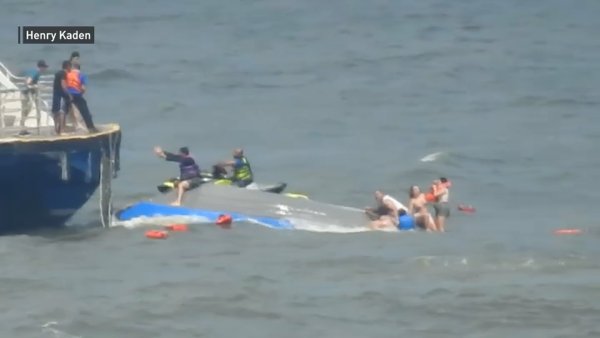 Tragedy on the Hudson: Woman, 7-Year-Old Boy Die After Boat Capsizes With 12...

A woman and a 7-year-old boy died after the private boat they chartered with a group of others capsized in the Hudson River off midtown Manhattan, sending all 12 people aboard into the water, police said. The victims became trapped beneath the boat...

I can prove I was far away so can’t see how I had anything to do with it. But anyone can be sued and jailed for anything so hope they’ll take a debit card for bail. Reminds me of the duck boat that went down in the ozarks though. Boats usually don’t just tip over unless you take the waves wrong or everyone ran to one side.

Boats usually don’t just tip over unless you take the waves wrong or everyone ran to one side.

+1
The prevailing theory at this point is that the boat was probably carrying too many people. The NYPD is awaiting follow-up details from both the boat’s manufacturer and the US Coast Guard. But, the water in the harbor was very choppy yesterday, so full details are still lacking.

The water was very choppy in the ozarks too. Like my dad used to say, white caps on the lake, no fishing today son.

white caps on the lake, no fishing today son.

That was good advice. Unfortunately, that wisdom wasn’t followed by the owner of the rental boat that capsized in the Hudson yesterday. For some folks, greed rules the day, rather than simple prudence.

I do not know about that quote, but this one seems all the more prevalent nowadays.

Along with “I regret” rather than issuing a real apology, like, “I’m Sorry!”

Tempting a flag but reminded me. Some Karen a work called me up to lodge a complaint about something really stupid. I don’t even remember what it was. Maybe we forgot to hyphenate her name or something. I initially laughed before explaining. She went nuts. So I had to say I regret, but what I really meant was #$&&@. This was years before we had a name for people like that. My boss just called them pushy blanks which is not acceptable now.

Honda apparently “rolls” the code after each fob press to prevent this type of theft by code receiving thieves, meaning the computer in the car requires receiving a different code from the fob than the one just used.

Garage door openers work exactly the same way. The formula for producing the next number from the previous one is contained in the transmitter and received and is kept secret.