Can anyone recommend some kind of light, which plugs into cigarette lighter, which I can use to illuminate a tire exchange or other kind of night time repair?

Most tire compressors have a built-in flashlight that you plug into your cigarette lighter.
https://www.amazon.com/PowRyte-Compact-Portable-Inflator-Flashlight/dp/B06XYPKCL6

I’d rather have one with it’s own batteries. If you get stranded because of a dead battery, your plug in light would be useless.

Good point. You could get the compressor with the flashlight and have a flashlight with its own batteries. I’ve also forgotten to change out the batteries in a flashlight. Hopefully, between the two options, I’d have one that would work.

As others have said, a separate flashlight might be more convenient. I recommend a good-quality LED flashlight with lithium batteries, which should last for at least five years. In fact, if you’re talking about changing a tire, a headlamp would actually be the best solution.

Sure Walmart, farm store, etc. I’ve got one in my trunk that I haven’t used in years that plug into the acc outlet. What I like though is the head lamps for about $15. Have them in both cars and the house with spare batteries. Very bright LEDs and lights up where you are looking. Otherwise you need another hand to hold the light.

I just use the flash on my cellphone. I have a mode that leaves it on for use as a flashlight

I have a spotlight/trouble light for my truck that plugs into the cig lighter. I bought it 40 years ago and can’t remember where. But it has come in handy a few times. There must be somethinglike that still available, but a couple minutes of googling didn’t turn anything up that plugs into a cig lighter. But here’s something that’s nearly as good, might be better actually. Many cars these days don’t have cig lighters, maybe that’s the reason the manufactures of 12v trouble lights are moving to this type instead, that connects to the battery posts.

They’re called accessory outlets now. Same as a cigarette lighter except they saved a couple bucks by not providing the lighter part. Still got them front and back for plugging in phones, GPS, etc., just like the old days.

Bill Russel and I think alike. I have a couple of these in my vehicles. I like them because in addition to having a magnet that they can use to cling, there is also a hook and they can stand up on their edge. Crazy bright and since they are LED the batteries last a long time. I also keep a handful of spare batteries with an elastic around them in case the ones in the light end up dying. I’m a safety geek. I had a compressor with a big light, but I found it was too bulky to shine on the spots I wanted it. So I added these. I have no relationship with Amazon FYI.

Without much effort on the silly web I found lights that plug into the accessory points. Some that were magnetic so apparently the Op just wants someone to do the research for them.

Here’s a $15 rechargeable hand-held spotlight that can be charged in the vehicle using it’s 12 volt cig lighter adapter.

This rechargeable LED spotlight charges directly from your vehicle’s 12 volt cigarette lighter socket or any 120 volt outlet to cast a bright beam of light over a wide area. The rechargeable spotlight features a cushion pistol grip with trigger lock,...

I have had no good luck with rechargeable batteries, I like the previous posts why kill your battery. I got a multipurpose that runs on AA batteries like this, no cord, and like it alot, combo flashight, spotlight. The bottom is even magnetic. 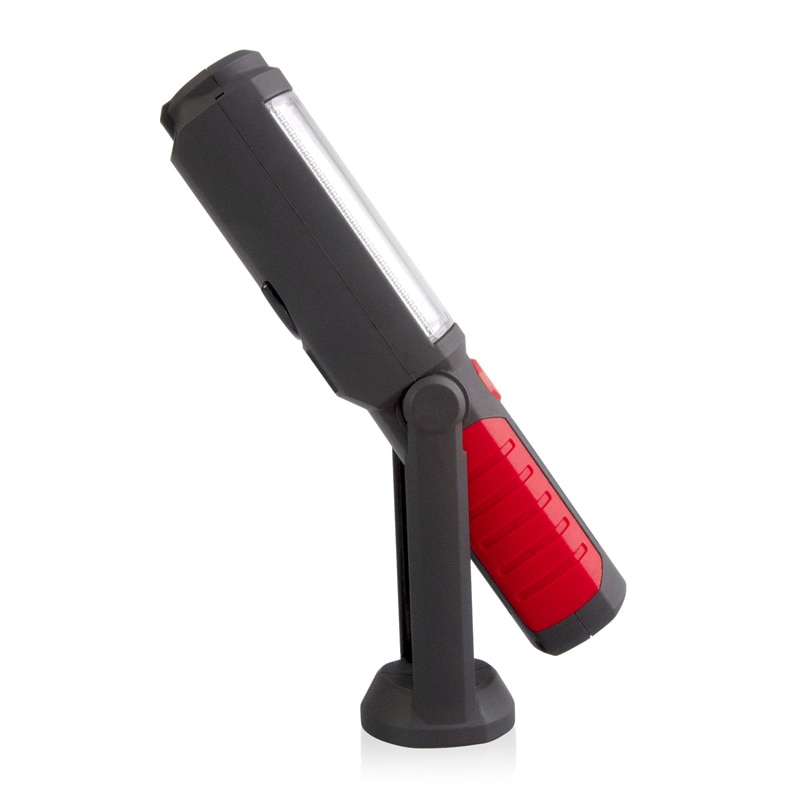 The other problem with a light that plugs into a cig socket (woops, I mean accessory power socket) it that on some cars, they power off when the ignition is off.

…on some cars, they power off when the ignition is off.

Hondas are ON in the ACC (accessory) position.

Yeah I learned that changing the battery in the Acura. I used a memory saver but it didn’t work because the outlet was switched off. So to change a battery, you need to put it in accessory mode? That would wear that little 9v battery down in a hurry I think.

You can get one that plugs into odbc. I made a charger for it, power point socket to a 12v power supply from an old printer or something, I mean like what do they expect you to plug it into? So to change a battery, you need to put it in accessory mode?

Per my Insight FSM, basically…“take out old battery; put in new battery”…never even lost radio presets.

I lost something on the radio but don’t remember if it was the pre-sets or not. Don’t remember having to enter the security code either, but something was off. No computer problems though.