Getting closer, but not quite ready for prime time… 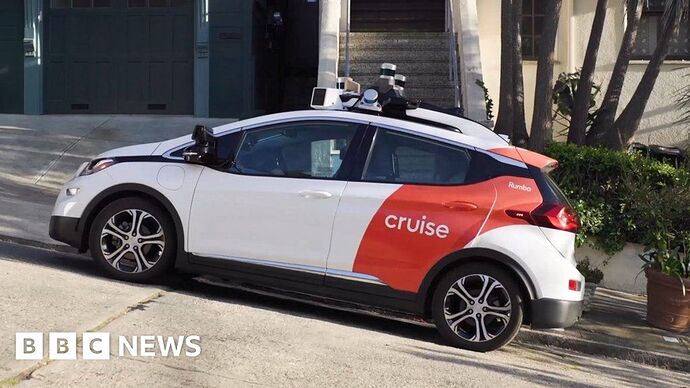 Take a ride around San Francisco in a driverless taxi

Driverless robo-taxis are being allowed on the city's streets at night for paying members of the public.

System says pay. Get out.
Rider says no. Taxi waits. Forever.
With ac running. Or heat.

You can’t hail one of these robo-taxis on the street, just as you can’t flag-down an Uber driver. My best guess is that one can only summon one of these taxis–via smartphone-- if a valid payment account has been set-up–prior to service.
You know… like with Uber, Lyft, etc.

I somehow doubt if homeless folks would have the ability to set up a valid debit system for payment, but if they did, then payment for their ride would be automatic–just as with other passengers.

Or, did you think that a robotic hand would reach out for cash payment?

OTOH it probably requires a verified payment card before the taxi even starts the trip and would just keep racking up charges as long as it was occupied. Oh well, the above scenarios would be more interesting.

it probably requires a verified payment card before the taxi even starts the trip and would just keep racking up charges as long as it was occupied.

the above scenarios would be more interesting.

Drama/action-adventure fans would love it, even though it is highly improbable.

Bet homeless will love them

lol … I’m thinking homeless will grab them off the street one by one, take them apart, and sell the parts for a tidy profit

Easier than removing cats from underneath parked cars. Driverless car theft is like shooting fish in a water tank.

Take a closer look at that little Chevy, and you will see that it is one of their EVs.
Someone who isn’t very skilled could very easily wind-up electrocuting himself if he tried to disassemble it, so I think that type of crime would be… shall we say… self-limiting.

“The ride-hailing service initially will consist of just 30 electric vehicles confined to transporting passengers in less congested parts of San Francisco from 10 p.m. to 6 a.m.” 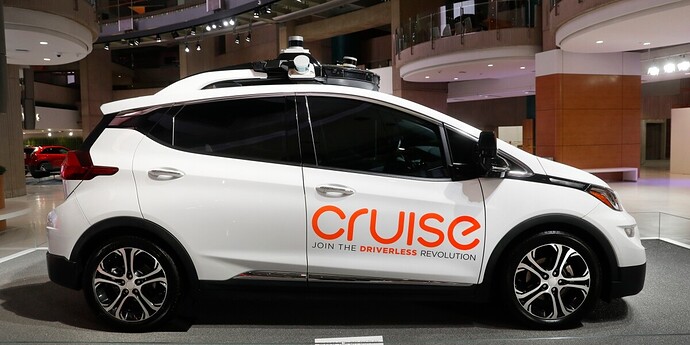 GM's Cruise can now charge for robotaxi rides in San Francisco as California...

Cruise has been cleared to charge for rides in vehicles that will have no other people in them besides the passengers — an ambition that a wide variety of technology companies and traditional automakers have been pursuing for more than a decade.

I’ll let you folks go first if you don’t mind. Getting in a car around bridges and cliffs with no driver would not be on my bucket list.

We just got our first batch of electric scooters here and boy you have to watch out for them jutting in and out of traffic and parked cars. A guy at another site just bought an electric bike and got a sea water warning to not park it inside and turn the battery in to someone if it got wet at all. Another guy took a little strip of lithium and put it in a bowl of water and it was like 4th of July. Melted the glass. So wear chaps I guess.

We can make bombs out of fertilizer. Does that mean we should ban fertilizer? I think not.

I still think we’re a few years away from primetime on this technology. But I’ll probably see it. I know my kids will.

Latest Honda ad is for flying cars? No no no. It will never happen.

As mentioned in the flood thread, the utopia community of Babcock ranch near ft myers, had planned a bunch of driverless vehicles to get people around town. For some reason they were shut down by the feds. So you either have to walk, bike, drive a car, or have a golf cart for the distant future. Maybe a bunch of rental scooters like we have, but us 70-80 year olds are a little Leary of scooters. Whole thing might be a case of reach exceeding grasp.