… with Los Angeles to follow at a later date: 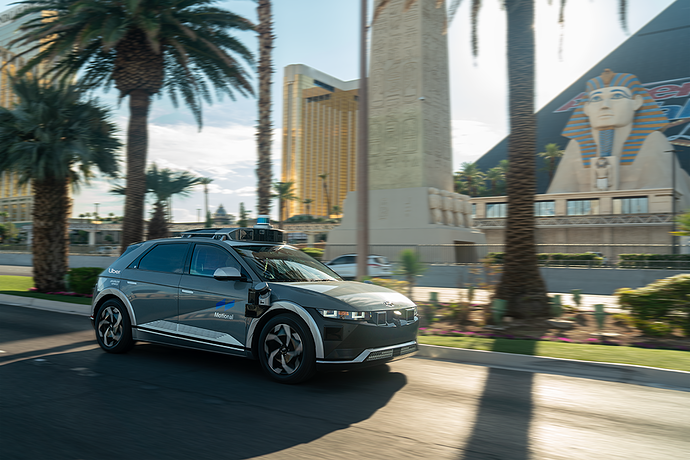 Uber and Motional have launched a robotaxi service in Las Vegas as part of their 10-year plan to scale across North America.

Just another thing to gamble on in Vegas.

Yup!
Why not roll the dice on one’s safety?

At least the driver isn’t on drugs. There’s pluses and minuses for both. I think I might go for a low speed robot ride on The Strip, but not a ride to the airport. While we are in the subject of robotic drivers, may airports transport passengers from the main terminal to the gates on automated trains and have for years. Not exactly the same, but missions of passengers use these trains annually with very few if any injuries.

Not to get you folks all upset again, but the point of this is? I guess if you can eliminate the cost of the hard to come by driver. But those too old, too drunk, too young to drive could always take a driver cab. Just trying to understand the new world vision is all.

The Docklands Light Railway–an above-ground extension of the London Underground–has been running “driverless” trains for 35 years, and with an enviable safety record. I was very impressed with this operation when I first rode it, and I had forgotten about the DLR until you made the comment above.

I saw a vdo the other evening, women with stroller on subway loading area. Women lets go of stroller, which rolls and falls off onto the tracks. Worse possible time, subway is arriving, can’t stop. Good fortune prevails, infant lands between tracks, infant got no serious injuries. Wondering if something like this happened on LV strip if driverless car would be clever enough to stop?

Wondering if something like this happened on LV strip if driverless car would be clever enough to stop?

It better be able to detect and stop or it has NO (edit) business on the road let alone with passengers!

It better be able to detect and stop or it has NO business on the road let alone with passengers!

There… I fixed it for you.

Anyway, there is considerable variation from one vehicle mfr to another when it comes to pedestrian detection. The IIHS found that the best systems are found on the Nissan Maxima and the Subaru Outback, the worst on the Hyundai Sonata and the Ford Fusion (neither worked–at all!), and several other models were in between the two extremes.

I think it is worth noting that the robo-taxis in LV are made by Hyundai, so… 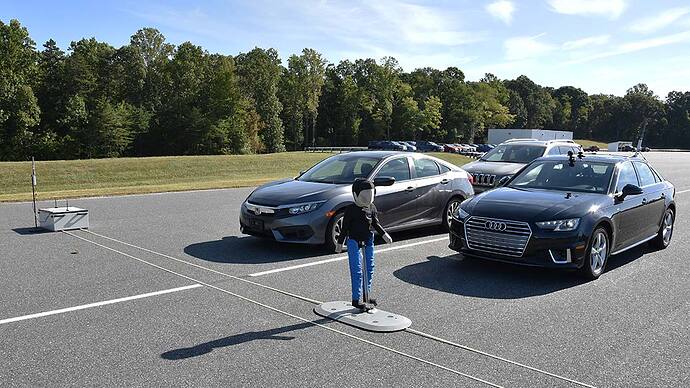 IIHS rated the pedestrian crash prevention systems of 16 midsize cars in the lead-up to Halloween, which ranks among the deadliest days for U.S. pedestrians.

There are IEEE and SAE standards for autonomous vehicles. I’ve yet to see anyone reaching that level yet. At best their level 3. Level 5 is where they should be. ’

And yet they ARE out there operating in San Francisco since mid-year… with the bugs! 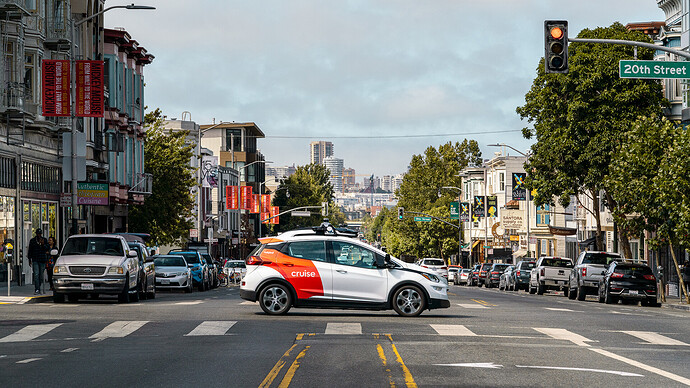 More than a half dozen Cruise robotaxis stopped operating and sat in a street in San Francisco late Tuesday night, blocking traffic for a couple of hours until employees arrived and manually moved the autonomous vehicles. Photos and a description of...

And yet they ARE out there operating in San Francisco since mid-year… with the bugs!

It’s not just bugs…There are parts of the technology they haven’t figured out yet. But I’m sure they will. It’s going to take a while. The software involved in Autonomous driving vehicle is far more complicated than any of the Apollo missions.

If I was just 20 years younger I’d be looking at getting a software position in this field. Love for cars and computers makes it a perfect fit.