SF cops pull over a car

… only to find there was nobody behind the wheel. 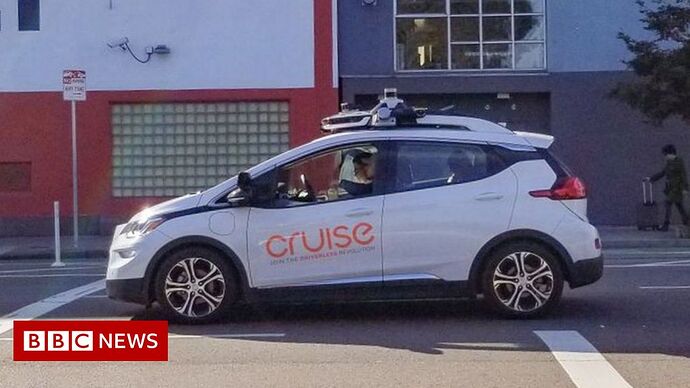 Video shows how law enforcers are having to adapt to a new era of autonomous vehicles.

“The company said the headlights issue was a result of human error.”

Well then there’s nothing to worry about … lol …

I saw this incident on the news last night. As far as I can tell no tickets were issued. Wouldn’t a human driver have received a ticket for failing to turn on the headlights? I mean I got pulled over one time b/c my Corolla’s license plate light bulb wasn’t working.

I just couldn’t think a a nice comment to make so I didn’t say anything. The way that little thing was acting though, it would have been fun to see it lit up if’n ya know what I mean.

Yeah an Iowa Patrol got me for a headlight out. Just a fixit ticket. Then a local stopped me for tail lights out but no ticket. Wire hanging on exhaust pipe and blew fuse. Then when I was a kid I got stopped for a flickering tail light. Italian engineers. That didn’t end well. None of them ever drew a gun on me though, but I dunno, for a little smart aleck car driving through the intersection and then parking in the bus stop . . . just saying would have been fun to see.

I think the police department should send the CEO of the company a traffic ticket.