New Subaru Legacy coming, and I’d like to protect the rear door sill from scratches that happen when my dog climbs onto the rear seat.

I found this product: 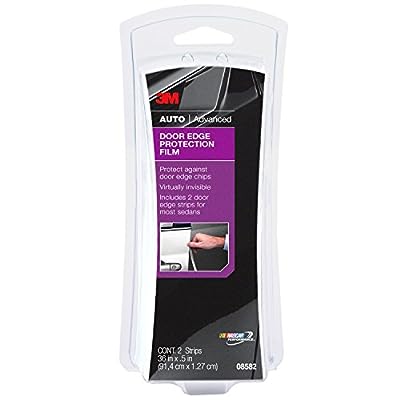 3M Door Protection Film is a super tough 6-millimeter thick clear coated urethane film that helps preserve your vehicle's finish. It's made from the same material as the professionally installed produ ...

A few questions, please: Is the general concept suitable for a door sill, is there something better, or if this is the right kind of thing, is there a better specific brand or type.

These are an example of aftermarket door sill covers for the Legacy.
http://www.alibaba.com/product-detail/car-led-door-sill-plate-for_613211150.html

Or you could use a spray on film to protect it.
http://www.autozone.com/landing/page.jsp?name=3m-paint-defender-spray-film

The 2015 Legacy door sills don’t stick out as far as the ones on the 2014. I guess Subaru learned from their mistake on that one. The paint kits do work, but they are a soft plastic so they will show scratch marks, but they will protect the paint underneath.

I’d be more worried about the seats though.

Do you think the spray would void the car’s warranty?

No. I would tape off and cover it the interior with plastic drop cloth before I sprayed it.

In order to void the warrantee, they have to show that the product CAUSED the failure. If the engine or transmission were to fail under warrantee, it would be very hard to blame a paint kit.

I don’t know what spray you are talking about, there is one but your post goes to a door edge protector, but on that page, one of the other “also viewed” items was a paint protection film that is applied to the surface to be protected.

These film paint kits, which are a clear plastic or vinyl film that adheres to the paint are commonly sold for the front bumper and leading edge of the hood for protection from small stones and bugs. It works but it can be a little too pricy for me. Custom cut kits can cost over $1000 installed.

Buy now…and save for later…the o.e. replacement door sill plates.
I did this for my Explorer for the rear sill.
After sliding guitar amps and speakers in and out for 18 years I slapped on the new one I’d saved and it looked good as new when I sold it.