First time post by a Florida resident! The paint on my 2014 Subaru Forester driver’s door jamb has deteriorated to the point that it rubs off with little pressure. The dealer service advisor and I finally decided that it was the sunscreen I use and that my leg touches the door jamb each time I enter and exit the door - I live in Florida where shorts and sunscreen are a way of life for me! I am told to go to a body shop and have the door jamb repainted. I have two concerns - what do I use to protect the new paint? Is the exterior paint also going to be affected - I notice I close the driver’s door on the lower part of the door where my arm extension naturally reaches. I have owned two other cars while living in Florida and have not had this problem - they were both sedans and I now drive an SUV so perhaps the height makes a difference. In any case, please help!

You could probably use this excellent product to protect the newly-painted surfaces–after the paint has “aged” a bit: 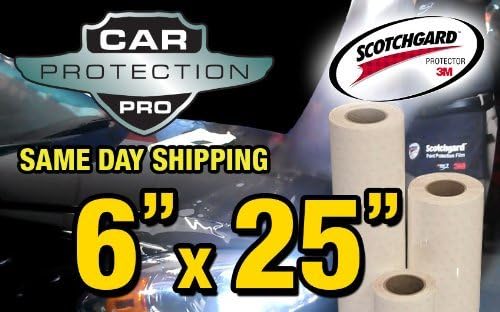 Paint protection film is the most effective way to defend your vehicle from the damage caused by stones, sand, gravel, road debris and insects. The film is 8 mil (0.008 ") thick and has a transparent ...

However, I think that a broader issue might be…if your sunscreen is doing this to the paint on your car, what might it be doing to your body as a result of repeated exposure to it?

No DEET in your sunscreen, is there?

FL is buggy, as I recall: do you also use DEET-based bug sprays on occasion? 'Cause that stuff will solve dang near anything

EDIT: Wow–beat to the punch by one minute! Kudos, texases–great minds think alike…

Those are scratches right through the paint to the metal underneath. That is not “dissolved” paint. It looks to me more like someone has closed the door on the dangling seatbelt buckle a few times…or something hard enough to scratch through the paint…

No, they said " has deteriorated to the point that it rubs off with little pressure". Looks like fingernail tracks.

I’m curious as to what the orange stuff is. Is that just dirt, or is it getting rubbed off of OP’s leg?

I don’t live in Florida, but I use sunscreen a lot in the summer and I’ve never had a car’s paint fail in this way.

Wish I would have thought of the DEET thing but after its re-painted, wax the area often. Maybe a couple extra coats of clear when they repaint it and be sure to use the high priced urethane.

Do you have metal decorative pieces on your sandals?

I live in Florida, use sunscreen and have never seen anything like that! I like the bug spray thoughts though.

Good quality urethane clearcoat should not do that.

I find myself agreeing with @TwinTurbo, sunscreen did not cause those scratches. Although that orange/pink haze could be from sunscreen.

The answer to your question is simple; keep the paint clean and waxed after the repair. Ask the body shop how long his paint needs to cure before waxing. Usually they’ll say “90 days”, but ask anyway.

In the interim, just be careful.

The orange is from your sunscreen and can be cleaned off with a polish or cleaner. Those scratches are NOT from a fingernail, that was caused by something metal. It will need to be repainted.

You have that pearl frost paint and I have the same thing on my 14 Legacy and in my opinion, it IS a soft paint. I have quite a few chips in the front of my car from bugs. It doesn’t take much. However, whatever caused those scratches would have scratched any paint.

I now use Meguire’s Ultimate wax because it is a hard polymer instead of a soft wax made from tree sap. It helps a lot and lasts a lot longer than any Carnauba wax I have ever used.

The orange color could also be general grime.

So many questions, so little info - OP, where are you?

I concur w/ @keith , first thing to try is a car polish product. That might return the finish to close to the way it was before. It won’t fix the scratches though, but those can be fixed with some touch up paint. Then after it all looks the way you like, wash the area as required, and wax that area every 6 months.