Don't you hate when this happens?

Thanks… Now I’m not going to sleep tonight! 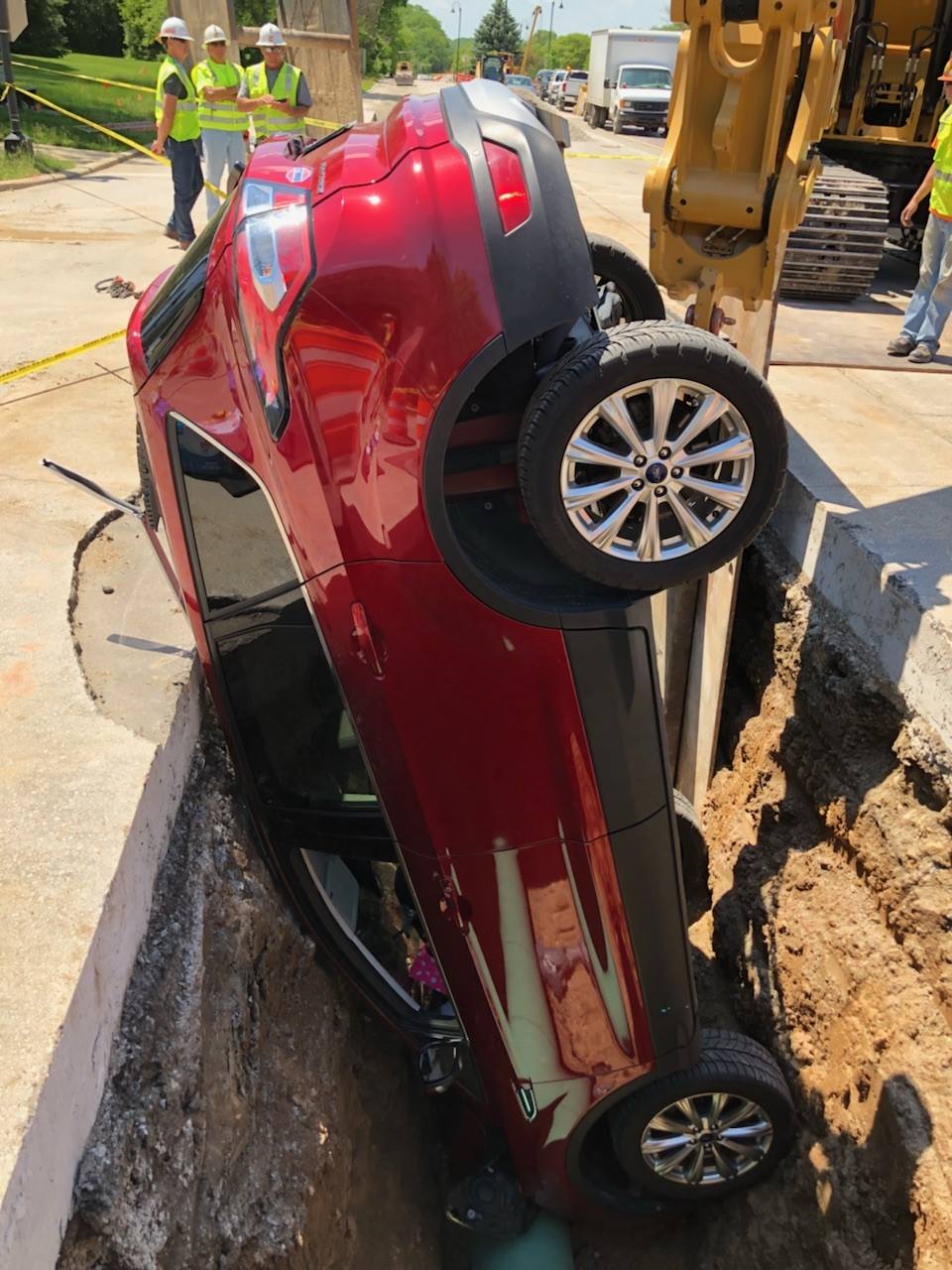 I think I would honestly light my car on fire…

Great. Another thing to worry about. I guess always keep your doors and windows shut, especially in China. Another good reason for concealed carry with a .22 birdshot loaded.

The worst I ever had was a whole tribe of big black ants in my car. I spent a summer in the trailer park and got in my car to go to class and these things were all over my leg. I got out in a hurry.

They should have consulted the American Glovebox Society

For the advanturous ones, google “Python in RSX engine bay”. There are some gruesome pictures of snake chewed up by the accessory belts

That is all true, but someone was recently bitten by a Copperhead in a Lowe’s Garden Center in North Carolina! I guess that the bottom line is… look before you leap, or reach…

Yep and careful where you walk or run in the dark.

I have never had a fear of snakes although I have always had respect for venomous snakes. I was born and raised in Western Oregon and live there now. No venomous snakes here. East side of Oregon, Washington, and most of Idaho have rattlesnakes. One of my orientation classes at Army basic training at Ft Leonard Wood, MO included information that there were 4 native venomous snakes in the continental US. Rattlesnake, copperhead, cottonmouth, and coral. They all reside here! While there I saw no rattle our coral snakes only 3 copperheads and a couple dozen cottonmouths. Back to motor vehicles. I was advised never to volunteer for anything during basic training. We were going to the M-60 machine gun range which was a 12 mile march. The question was asked if anyone had a valid 2 1/2 ton truck military license. I did. It seemed like an appropriate time to raise my hand. It was. They were short a required co-driver. I ended up riding “shotgun” to and from the range and required to help expend left over ammunition by firing a machine gun “John Wayne style” (from the hip). I couldn’t believe I was actually being paid to do this!

We have copperheads in my yard. Sometimes they reside under the front stoop to be close to the chipmunks. Once they’ve eaten them, they move on. I keep track of them by watching the hole in the mulch. I cover it in the morning, then check the next morning. When the mulch is undisturbed, it has moved on. They aren’t aggressive to people and I leave them alone. Doing this rids my yard of rodents and that makes copperheads good neighbors. They don’t actually live in my yard, but on the steep, rocky hill (cliff) behind my yard in the state park.

Yeah my BIL went to Ft Leonard Wood. That is near Devil’s Den where that Air Force lawyer claims to have witnessed a huge huge UFO while they were camping. Sure laugh. I might have been half asleep listening to him but he wrote a book on it.

Before I went to basic my buddy told me the story of a guy running across a snake in the night crawl, jumped up and got hit. Never saw a snake though but thought of it, but they actually were firing quite a ways above your head and I’m short. The good ole days.

You say I don’t have to worry about Cobras… 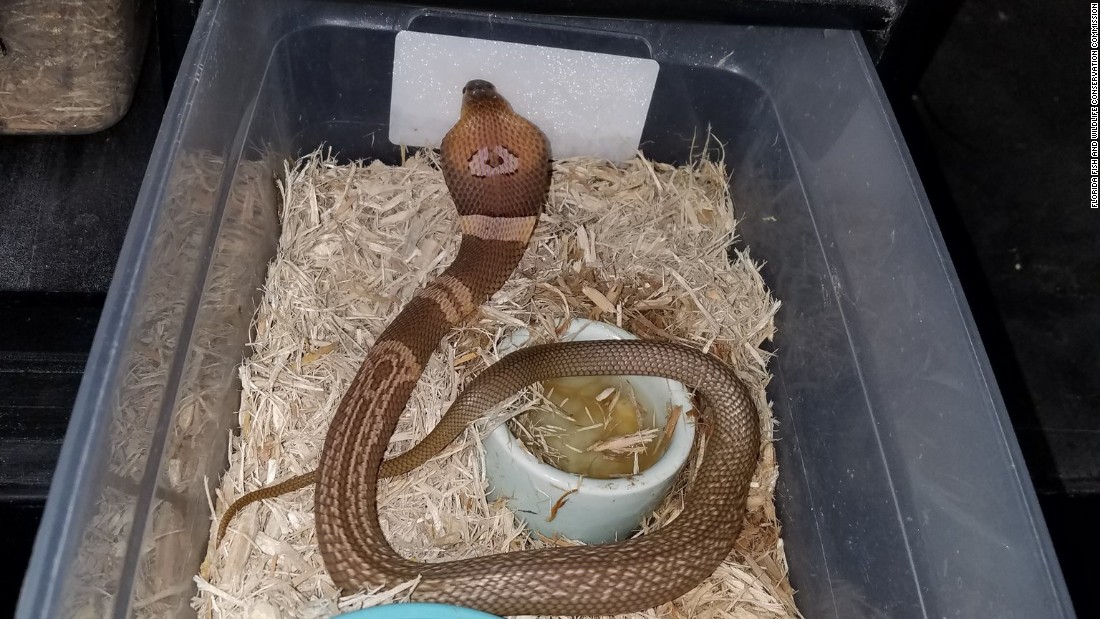 Deadly cobra on the loose in central Florida

The search continues for a deadly cobra that escaped from an enclosure at the home of its owner in Ocala, said the Florida Fish and Wildlife Conservation Commission (FWC). 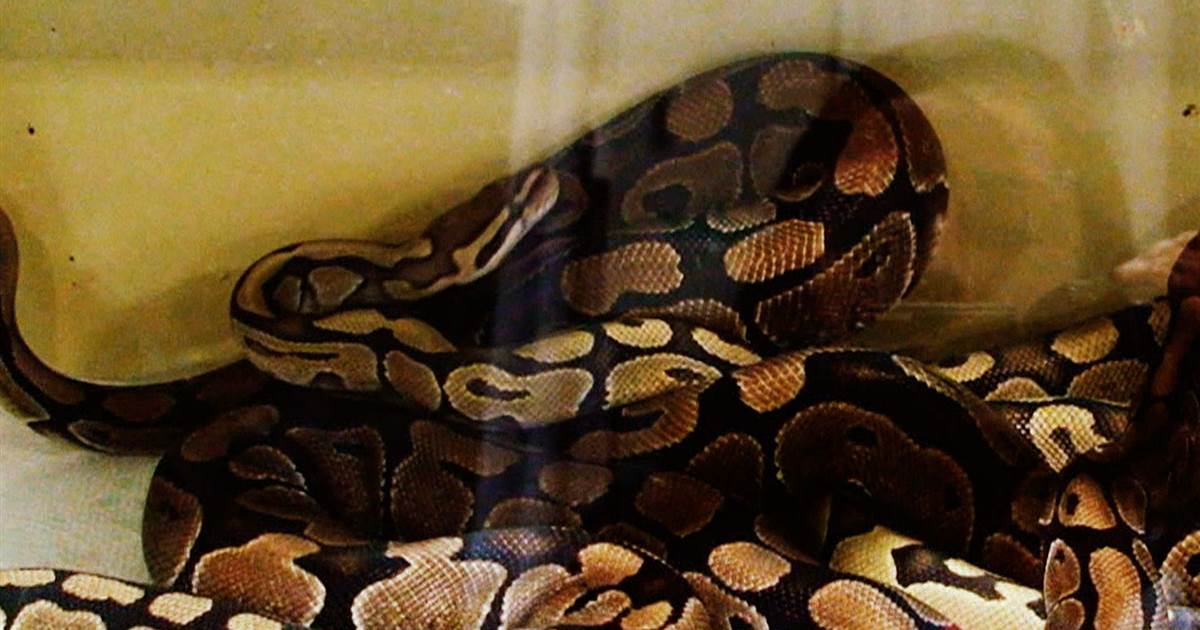 Venomous king cobra on the loose in Florida neighborhood

An 8-foot-long deadly king cobra is on the loose in a Florida neighborhood, raising alarm about poisonous snake sales and ownership across the country. NBC News investigative correspondent Jeff Rossen reports for TODAY.

If it wasn’t for folks like these who think these buggers are PETS, I wouldn’t have to worry about Pythons or Anacondas either…

When I was a kid living on top of a mountain in the Rockies, we went out to the car one day and a giant bull snake shot out as soon as mom opened the car door. That’ll teach her to leave the windows open. It sped next door, which was just a vacant lot, and sunned itself on a boulder.

My folks are from Louisiana where if it slithers, it will kill you, so mom freaked out. Called dad, who came blasting home from his office 12 miles away and at the bottom of the mountain. He grabbed an axe and went off to kill the poor bull snake, which wouldn’t have hurt any of us.

But he was so afraid of snakes that he wouldn’t get close, so he’d get about 10 feet away from it and then throw the axe at the snake. And miss, every time.

Finally after about half an hour and a lot of neighbor-attracting noise, dad managed to dispatch the snake. After that, he insisted on using a shotgun when there was a snake.

This turned out to be a bad idea, because the next time there was a snake, it was in my parents’ bedroom and mom had to physically restrain him from blowing a hole in the wall. Snakes in cars can be embarrassing.

Yeah, I have a friend that is like that, sorta. He just retired as head herpatologist at the Smithsonian, and could at least get his fill of snakes at work. He did keep some exotic reptiles at home about 40 years ago. There was a nasty lizard that wasn’t venomous, but had a terrible disposition. It got loose one day and his wife insisted that he catch it or she was leaving. He caught it, bare handed, and sustained several deep, painful bites. That may have cured him of keeping stuff like that at home.

I understand the lure of these types of pets by guys like these. A friend from my youth always had snakes and became a herpetologist. It’s the bone heads who release these things into the Everglades when they get too big that cause problems.

Large predatory non-indigenous snakes have devastated the wildlife in the 'Glades. Florida has been paying the swamp guys to hunt these things. They LOVE hunting in the swamp and getting PAID for it! Hourly rate plus bonus based on size.

That is all true, but someone was recently bitten by a Copperhead in a Lowe’s Garden Center in North Carolina!

And I thought getting pooped on by the flying birds in the garden center of Lowe’s was bad.

As I understand it, copperheads aren’t poisonous enough to kill adult humans, but they will give you a reaaaaly bad week. Never a good idea to disturb them.

OK folks. I was never a big biology fan and don’t like critters. Maybe we could get back to cars, or lawn mowers, or garages, tools, or something else? Speaking of tools, I don’t have one of those snake grabbers. I wonder if Lowes has them? I should have one just in case.