The 2015+ Ecoboost Mustangs get hit with the depreciation stick pretty hard compared to the GT models. That’s been the case with the base mustang vs. the V8 models for quite a while now. The 2003-2004 Cobras hold their value ridiculously well. New they sold for around 33k. Today one in good condition with low mileage (85k) can fetch $17k+ all day long.

Thanks, I had never heard of it. This says sales stank, more $$ but slower than the V8: 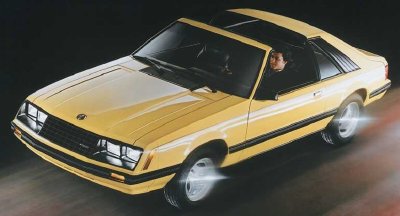 Wonder how much they’re gonna ask for the slight mods and paint over top of the GT model. I doubt it will matter, though, as there will probably be a bidding war on the trim level, same with the SRT8 Challenger models when they first came out.

I watched the Steve McQueen movie “Bullitt” a couple of months ago on DVD. It holds up quite nicely. The only place it seems lacking compared to current era movies is the Jacqueline Bisset role. Other than eye candy, there’s really no purpose for her character. But that’s just quibbling. If you have a chance, suggest to give it a re-viewing.

The only place it seems lacking compared to current era movies is the Jacqueline Bisset role. Other than eye candy, there’s really no purpose for her character.

The first one is being auctioned at barrett-jackson on Friday (Lot #3006) for charity but official pricing hasn’t been announced.

I’d suspect it will cost a couple grand more over the cost of a GT not counting the dealer markup that normally gets tacked on.

That’s what I was figuring.
Local guy bought a brand new SRT 8 Challenger a few years ago and paid something like 20 grand OVER sticker price to get a really low numbered production model and traded it in later. It was sitting on the dealership lot and they were wanting the same price as brand new for the car and they would not budge on the price at all.

I don’t know if the X-plan would apply to the special editions like the Bullit, but if it did, I wouldn’t have to worry about dealership markup. My plan is this year or next I will have me a new Mustang GT. Whether I nab one up/special order one in spring/summer or wait until October/November and see if they’d go even lower than X plan to get it off the lot.

From what I understand “low supply vehicles” don’t qualify for X-Plan pricing. The Bullitt will probably be on the next list