Hey.
I am thinking about getting a bug deflector from WeatherTech for my 2023 Outback.
Does anyone know if they work well deflecting rocks? I live in a city so bugs are not that much of a concern, but gravel coming off of trucks is. I have heard that Outback windshields can be a bit delicate.
Thanks 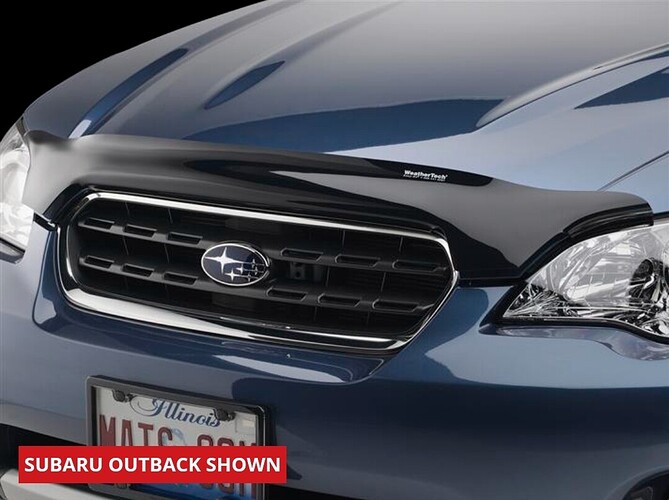 Mr . Google says ’ They will deflect sand and very small rocks but will not do much for rocks that can chip a windshield ’ . Just have windshield coverage on your vehicle .

I had one on A used truck for a while before I took it off. I do not think it will help with rocks. It will help with light stuff like bugs and keeping some of the snowflakes when falling off your windshield. I will tell you that leaves, and snow loved to build up right where it meets your hood behind the deflector.

It deflects the air flow, so, it takes a lot of air flow to change the trajectory of a rock. It will only change a rocks trajectory if the rock actually hits the deflector.

I just read the same thing on the DualLiner site that I think Google quotes from. It doesn’t seem to work on rocks big enough to chip or crack a window.

If you have full coverage now you probably have it but your agent is the one to ask .

Auto insurers call it “comprehensive coverage”. If you have a new car, you must have it or the loan company will get it for you at outrageous cost. Contact your insurance company and find out what your deductible would be for windshields under a comprehensive claim.

I’ve had 4 replaced over the years at zero cost to me because I have that coverage.

+1
The 2011 Outback that I just traded-in had the factory bug/rock deflector, and as a result the hood never suffered any dings from rocks thrown up by the big rigs. However, it couldn’t prevent my windshield from being cracked by a rock. If I was able to get something like this for my new car I would, but neither the mfr nor Weathertech has one available.

I think most dealers and classic owners are more prone to install that clear 3m type film on the front for rock chips. Nothing to help the windshield but they are easily replaced. The film is nearly invisible but may see a slight dust line on the edge on dark colors. Never used it myself though.

Who remembers the Car/grill Bras that were so popular in the '80 and '90? They were suppose to protect your car too from bugs and other small road debris. Yet the dirt and grime that got underneath did its own damage. 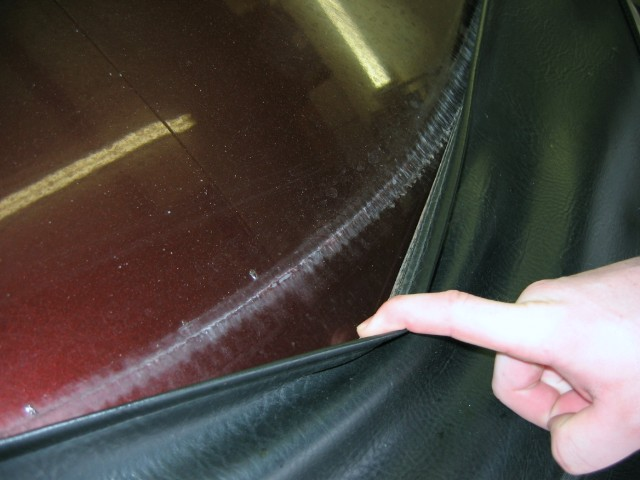 This guard looks to attach only under the hood, not on top of a painted surface so it should be good. But it also appears to be a Grunge collector where it does attach… How do you clean that out?

I bought a used truck with one of those deflectors on it. It didn’t seem to deflect much of anything but it was very good at trapping salt laden snow and slush up along the hood edge where it was almost impossible to remove. When I discovered how much it was rotting out the hood edge, I took it off.