Apparently some sort of contract dispute between seller & buyer of specialty vehicle, buyer claims seller hasn’t delivered Batmobile on schedule, seller claims one of buyer’s payments not received on time. Contract disputes about buying/selling cars not that unusual, but police travelling from west coast all the way to the Indiana to make an arrest, that got my attention … dealer arrested, bank account frozen, dealer claims total innocence. 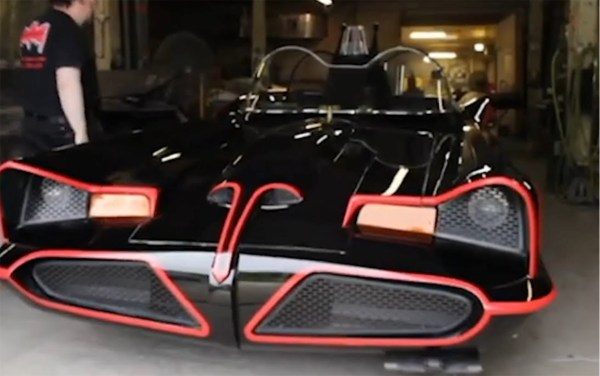 Fake news SF Sheriff can not make arrest and raid Indiana business without the state of Indiana getting involved and no where in the article did I see that.

Reminds me of Dennis weaver in mcloud but I think he was a us Marshall so could travel. The limp was gone.

Sadly this IS a real thing…

No idea who/what Boing Boing is.

Looks like the county’s getting an earful from residents, will have to see how the investigation proceeds.
San Mateo Co. residents demand answers after Indiana Batmobile garage raid - YouTube

A customer in one state of course has the right to insist the vendor in another state lives up to the contract. No idea if they did or not. But it seems like the common sense way to deal w/this situation if the buyer didn’t think the seller was living up to the agreed upon terms, take the issue before an Indiana judge.

Something that is very short supply now a days.

Blasphemer…that will not be tolerated here, ye shall burn at the stake.