I have a 2019 Toyota RAV4 that we leased right before Covid hit. We have only had it for 2 1/2 years and only have 16k miles on it. All of a sudden about two months ago we started noticing the rubber/plastic area under the hood near the windshield where the wiper blades go into the car started becoming deformed and melting into what looks like large pockets. I pointed it out to the service department when I had my oil changed on 6/21/2022. They took a picture and said they would get back to me. Then the following Monday I went to raise the tailgate only to hear this loud gunshot sounding noise that scared the crap out of me. It made the same sound later that day, so I called my husband and he met me at the dealership where we leased the car and had someone come out and we saw where the plastic along the rear window, the plastic on top of my tailgate as well as part of the roof rack is melting. The sound is coming from the fact that it has melted and distorted the plastic right where it hinges open. So, the service guy at Toyota took pictures and called me back the next day and said it is caused by solar convergence and that Toyota will not cover the damage but that I could call this other number which was for Toyota corporate. I called Toyota Corporate and after talking to a couple of different people I was assured that it is still under warranty and that it is due to defective materials and that it would be fixed by Toyota. I was expecting a phone call to set up service only to be blindsided by a phone call asking me if I was told to contact my insurance company. I told them absolutely not and that I am not going to be responsible for this defect. I am now getting the run around and even had someone close my case while I was waiting for a phone call back. So now I am back at square one> I am beyond upset and angry. I have been a Toyota customer for over 11 years or more and was planning on turning this car in at the end of our lease and get another Toyota but now I can’t say that I will. I’m so appalled at such ridiculous stuff. I’m now waiting again for another call.

Call corporate again. They should be calling the dealership.
See if there is an email for customer support at corporate level, get a written response.

I wonder what they mean by that term? Some sort of optical phenomenon is causing the sun’s rays to focus on the plastic , like you’d melt a chocolate bar with a magnifying glass as a kid? If that were the case then you’d think this same thing would happen in all those models. My guess OP will eventually find the right person at Toyota who will resolve it for them. When you lease, you don’t expect this sort of time-consuming problem. Avoiding this sort of thing, that’s a big benefit of leasing.

An example of solar convergence;

“I live in apartment complex with a parking lot. US, Houston. Sunbeam reflected from 2nd floor windows melts cars parked at the parking lot inside complex. As a result quite a number of cars has plastic molding melted. Around month ago we reported the issue to the leasing office including senior management.” 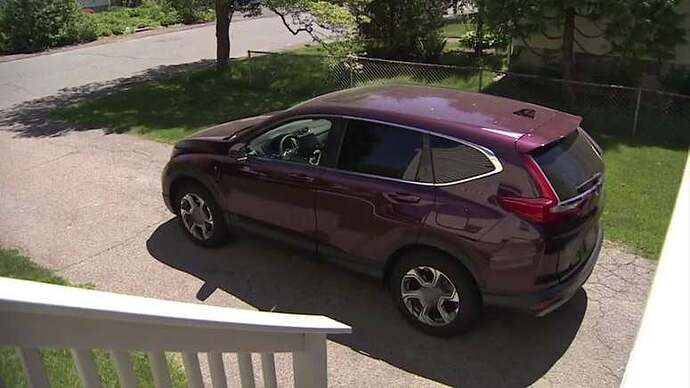 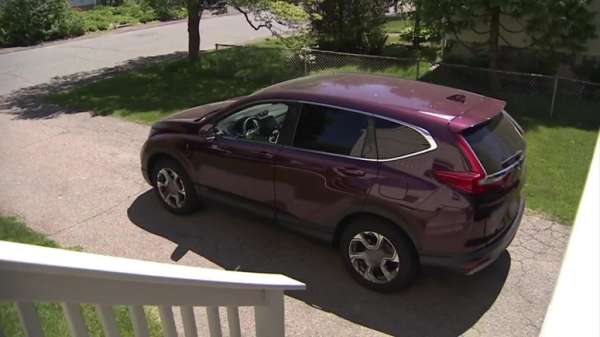 RANDOLPH, MASS. (WHDH) - It’s a melting car mystery. Why are parts on one local family’s vehicles bending and buckling? You’ve got to see to...

Ah, that makes sense. Might not be related to the car design, but instead to where OP parks. I’ve seen a similar problem in neighborhoods, somebody installs new windows in their house, and the new windows reflect more sunshine than the old ones, reflects onto the next door house’s siding and resultant damage.

I wonder if comprehensive car insurance would cover repairs.

@DonnaR_Frederick_MD - do you park somewhere that could be subject to bright reflections off of some office building? I remember some curved office buildings were melting various cars’ trim a while back with their focused reflections. They had to scuff up the Disney Concert Hall’s polished stainless steel in LA to reduce reflections.

We do have windows on the apartment building which could be the cause. Toyota flat out refuses to fix it even though it is under warranty.So now I need to contact our insurance company.

My oldest son has 3 degrees in the climate field and the thesis he did on the first one was about heat convergence and the heat island effect so glass and concrete does have an effect on the surroundings.

I’m curious as to your locale. I live here in northern OK and it’s gets brutally hot here with no signs of melting plastic. Big difference is not much in the line of tall glass buildings.
Been over 100 lately, over 100 for the next 10 days, and near 110 by next week. At least it keeps me from having to mow the grass…

We do have windows on the apartment building which could be the cause.

Have you asked your neighbors if anyone else has had this issue?

I’m just guessing, but I think you have something unusual going on with the reflections. The Rav4 is one of the largest selling vehicles, if it was just heat related I’d think we’d have lots of complaints/questions from folks in OK, TX, AZ, etc. You’re in MD, right? It gets hot there, but many places get hotter. So I’m back to the reflections causing a problem.

We do have windows on the apartment building which could be the cause. Toyota flat out refuses to fix it even though it is under warranty.So now I need to contact our insurance company.

It doesn’t seem like it would be fair to blame Toyota for the plastic melting problem if it is caused by sunlight reflecting/focusing from nearby objects. I have an aluminum coated inside-windshield fold-up screen I use when I park my Corolla in the sun to prevent the passenger compartment from heating up. Does an excellent job. More help than I thought it would. I wonder if you could use some of that same sort of material to cover the plastic areas when you park? Since you’d have to place it outside the car, you’d have to come up w/a way to prevent it from blowing away in the wind.

If it happened recently then you should be able to park in the same spot and see what object the sun reflected off of to melt the plastic. If too much time went by then the sun will have moved and may not reflect on to the same parking spot.