I was offered this car to buy, but i was’t too sure why it was offered to me at a low price in according to my country’s currency. I was told the car’s engine exhaust and cooling system was the only issue it has.

I would avoid it…Land Rover’s aren’t known to be either reliable or cheap to repair…and this one is 17 years old with unknown mileage and (presumably) and unknown repair history. I’d avoid this like the plague

I was told the car’s engine exhaust and cooling system was the only issue it has.

and if they were simple or cheap to repair, the owner would probably repair them themselves…

+1 to Pyrolord’s comment.
That vehicle was at the bottom of the barrel in terms of reliability when it was new.
Surely it hasn’t gotten more reliable after 17 years of use.

A neighbor of mine had the misfortune to buy one of these vehicles about 10 years ago, and it had to go back to the dealership at least once each month for repairs. Of course, he got a loaner car each time that he took it in for repair, and the standing joke on the street was…
What color is Tony’s Land Rover this week?

As soon as the warranty ended, he got rid of that overpriced rolling wreck.

Another vote for passing on this so called bargain .

) my right arm - lenght wise - than being an owner of such a money crater. And my left arm is allready pretty much useless.

I was offered this car to buy,

Just for conversation did you ask about this money pit ? Or did some you know offer it out of the blue.

If you decide to pursue it, get it checked out by a mechanic, the cooling problem could be a giant red flag!

Unless you enjoy a challenge, do most of your own work, have alternative transportation, and don’t mind waiting for and paying high prices for parts, this is not a vehicle to own.

It’s a Land Rover. You’d lose money if it were free. 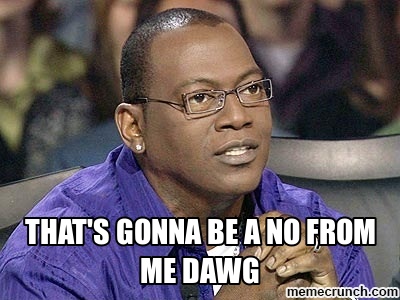 In sales class we were taught not to sell but to allow the prospect to buy. Heh heh. Don’t fall for it. See how much oil drips out over night.

I’m going against the grain. Buy it and stay in touch. We all need a good laugh, and your tribulations with this Landy would be great fun.

My memory of Land Rovers is ancient, but it was of high reliability, made for rough use in remote areas with unpaved roads and no mechanics. 50 years ago, a friend proud of his Toyota Land Cruiser admired them. I take it this is outdated.

I dunno. There’s a reason the Land Rover in The Gods Must Be Crazy was called the Antichrist.

They weren’t overly reliable then either. They were just very, very good off-road and when you’re bashing your way through the bush, reliability takes a backseat to capability if a reliable, capable vehicle is not available. And there was a little storage area in the back to carry tools and spare parts.

A few leaks from the early models is traditional and ones that are too perfect just look wrong to some fans. There’s a restoration shop just up the highway from here (with the union jack painted on the side of the building facing the highway) that will leave the finished product a little scruffy so you can use it but everything has been gone through.

When this freelander was new it was suggested by Top Gear magazine that you’ll be on a first name basis with the service manager and be inviting him to dinner by Christmas.

The only thing the Freelander has in common with those classics Land Rovers is the company name. The Freelander was a RAV4 competitor, but a very bad one.

The early Land Rovers were very tough and capable. That didn’t mean they didn’t need repairs when you got back home, but they were designed to get you back home. Things like gauges heaters wipersm wouldn’t stop you from getting home. Even when you broke the rear springs, there were heavy canvas straps to keep the rear axle with the vehicle.