Hello so im dealing with a crank no start issue that is really confusing me and I would love some input. The issue started about a week ago. It first started off as intermittent. My van was running exactly the same as always and then one morning it was just cranking and cranking and wouldnt turn over. It took me about a day to get it to start the first time, and then it ran great for a couple days until the same thing happened again. This repeated a few times and now im permanently broken down.
Heres what ive learned about the condition so far:
I have spark. If fires right up with starter fluid but stops as soon as the spray is stopped.
I have fuel pressure. Tested it at my schrader valve and i have over 50 psi. It holds well too. Sure its 5-10 psi below specs but when it runs, it runs totally fine. No symptoms of low fuel pressure.
At first i thought it could be an issue with an anititheft system but i bought the van used and it has always turned over without a key just by twisting the lip of the ignition cylinder. So this seems unlikely.
At this point im pretty sure its that my fuel injectors arent getting pulse for some reason. The part that confuses me is that whenever ive gotten it to start it runs great. It has started up usually about 4 times in a row with driving in between before the issue comes back. Id think if it was a sensor issue i would have some kind of symptoms. I also have no error codes present.
Does anyone know how to test if its my ecm?
Any advice would be very appreciated!! Im in a really tough spot right now and i have to fix this.

Sounds like you need a fuel pump. Start with a fuel filter and make sure it isn’t causing any flow issue.
you can try taking a rubber mallet and giving a good whack to the bottom of the fuel tank with key on. Then see if it will start. You may be able to knock enough sense into the fuel pump to get it to move. but this will only work so many times.

If the van has the 4.3 liter engine. it uses the CPFI system. 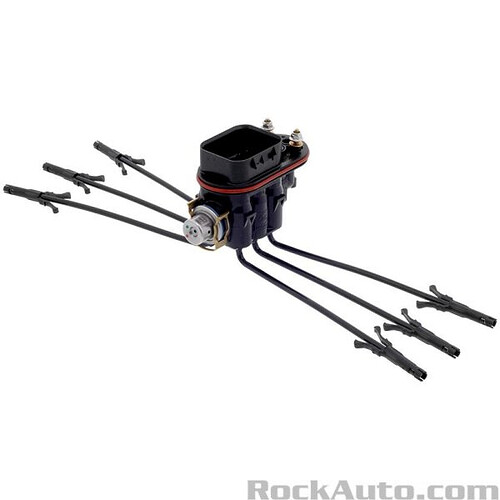 If the fuel pressure is below spec, the poppet valves can’t be blown open to introduce fuel into the engine, so the engine won’t start.

Hi Im sorry i should have specified. It has a vortec 5.7l tbi small block.

Thanks for the input. I will try to find someone to help me with the ruber mallet. I just have been doubting that it would be the fuel pump because it has been intermittently starting and when it does it runs exactly like it always has. No symptoms of low pressure.

Highly doubt with 50 psi its the pump. Sounds like the injectors are randomly not getting pulsed. So the sensors or control circuit that activate pulse probably has an issue. Id buy a 30 buck noid light kit, rent one, or use a test light and check for pulse the next no start. In the meantime check the wiring for any bad grounds or issues.

Thank you. Im thinking the same thing. I did see someone post on another forum that the 5.7l tbi vortecs wont let the fuel injectors work with less than 55 psi but im having trouble finding evidence to back up that claim or understanding why it would be true. I agree it seems likely the fuel injectors arent getting pulse, im gonna try to rent a noid light today. But this morning after reconnecting my battery from testing wiring yesterday i now have no crank which is super confusing. My battery isnt dead either. So gotta fix that first.

I have fuel pressure. Tested it at my schrader valve and i have over 50 psi. It holds well too. Sure its 5-10 psi below specs but when it runs, it runs totally fine. No symptoms of low fuel pressure.

This is a textbook symptom of a weak fuel pump. These engines use poppet nozzle injectors, as @Tester explained. The system fuel pressure spec is 55-61 psi, and I can tell you from experience that under 59.5psi is not enough to get those poppets open on startup. 60psi or it’s a no start. Once it’s running your pressure can drop to the 40’s and you won’t really notice. I’ll bet if you can cycle the key on/off a few times before cranking to get that pressure to 60, the engine would start.

Im sorry i thought the 5.7l tbi doesnt have poppet valve injectors? I was told that by a mechanic yesterday. Is that incorrect?

5.7tbi is Throttle Body Injectors. That’s the older system with 2 injectors sitting on top of the throttle, where the carburetor used to be. Long gone by 1997. You have the injectors inside the intake manifold.

No experience w/your engine so unsure about the minimum fuel pressure required to start the engine. However if the fuel pressure is tested at 5-10 psi low, and the test is done correctly, and measurement equipment is accurate, suggest to not discount low fuel pressure entirely as the cause of the cranks but won’t start. However, if I had that problem myself and no clear and absolute reason to believe the fuel pressure was the actual cause, I’d probably ignore the fuel pressure temporarily, and look for another cause. Accurate fuel pressure measurement isn’t a super-easy task for a driveway diy’er. So says a prior owner of a 70’s VW Rabbit.

Since it starts with starter spray, not much chance of a crank/cam sensor or ignition module problem. My guess, injectors either aren’t being pulsed, or if the are pulsed, they aren’t squirting enough gasoline per pulse. There’s a relatively inexpensive gadget available , I think it is called a “noid test light”, that would quickly tell you if injectors are being pulsed during cranking. You’d need a lab o’scope however to determine that the pulse length was correct. If that all tested ok, next up, something is clogging the fuel injector path somewhere. Maybe it just that the fuel filter is clogged. Usually that would show up first as the car would idle and run a low speed ok, but lose power when going uphill or going fast. Any symptoms like that before the no-start occurred?

Thank you for the reply! Nope i didnt have any symptoms like that before the issue occured, at least not that i noticed. However i was also doing only city driving at low speeds on flat streets so maybe i missed it. Im going to try to get a noid light asap and test foe pulse at my injectors.

Thank you for the info. Im sorry im so uninformed its been hard for me to find all this info for some reason. So my engine is not tbi? Could you tell me what this type of engine is called? Really appreciate it.

Here;s the spider assembly for your engine. 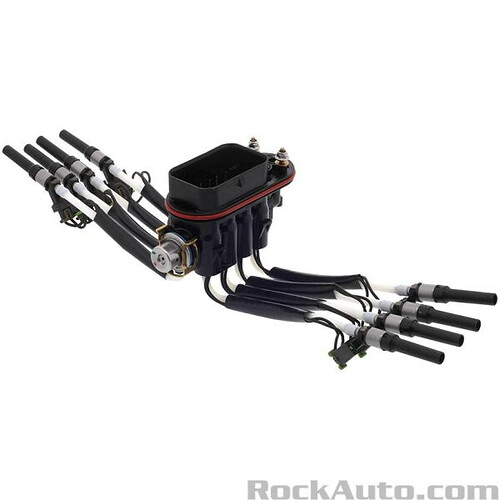 No symptoms of low pressure.

My van was running exactly the same as always and then one morning it was just cranking and cranking and wouldnt turn over. It took me about a day to get it to start the first time, and then it ran great for a couple days until the same thing happened again.

I can’t verify 100% over the web, but having owned and worked on several Chevy’s, this is classic low fuel pressure / failing fuel pump symptoms on a Chevy fuel pump. I nursed my personal one for about a month before i got annoyed enough at it to replace the fuel pump.

You don’t need someone to help bang on the fuel tank. Turn the key on, climb under, and bang on it. Climb back out and try to crank it (after getting it back to cranking, of course.)
The key dance that @asemaster suggested is also a good idea to test.

most of that info is in the op’s posts:
1997 Chevy Express 5.7L
not sure why the transmission is relevant.

OP, post a picture of your intake area. Needs to be verified if you run a spider or not. As far as your new, new issue… thats odd. confirm battery voltage above 12.6 then confirm starter is getting same.Could be the relay or fuse went.

Could you tell me what this type of engine is called?

Tested it at my schrader valve and i have over 50 psi.

I think i fixed the issue!!! After all of that haha i finally found a loose connection on my starter. It was so subtle that i didnt even notice it before but it had gotten looser and looser. I put some grase on it and tightened it up and bam my van is starting ever time now. I feel ver silly. And also insanely relieved because ive been broken down on the side of the road for a week haha. However I will still be checking my fuel pressure again and checking out why its low if it still is.