Why you shouldn't park next to a fire hydrant

Kudos to these firemen for their quick thinking regarding how to save the house and the possible fire victims inside the house: 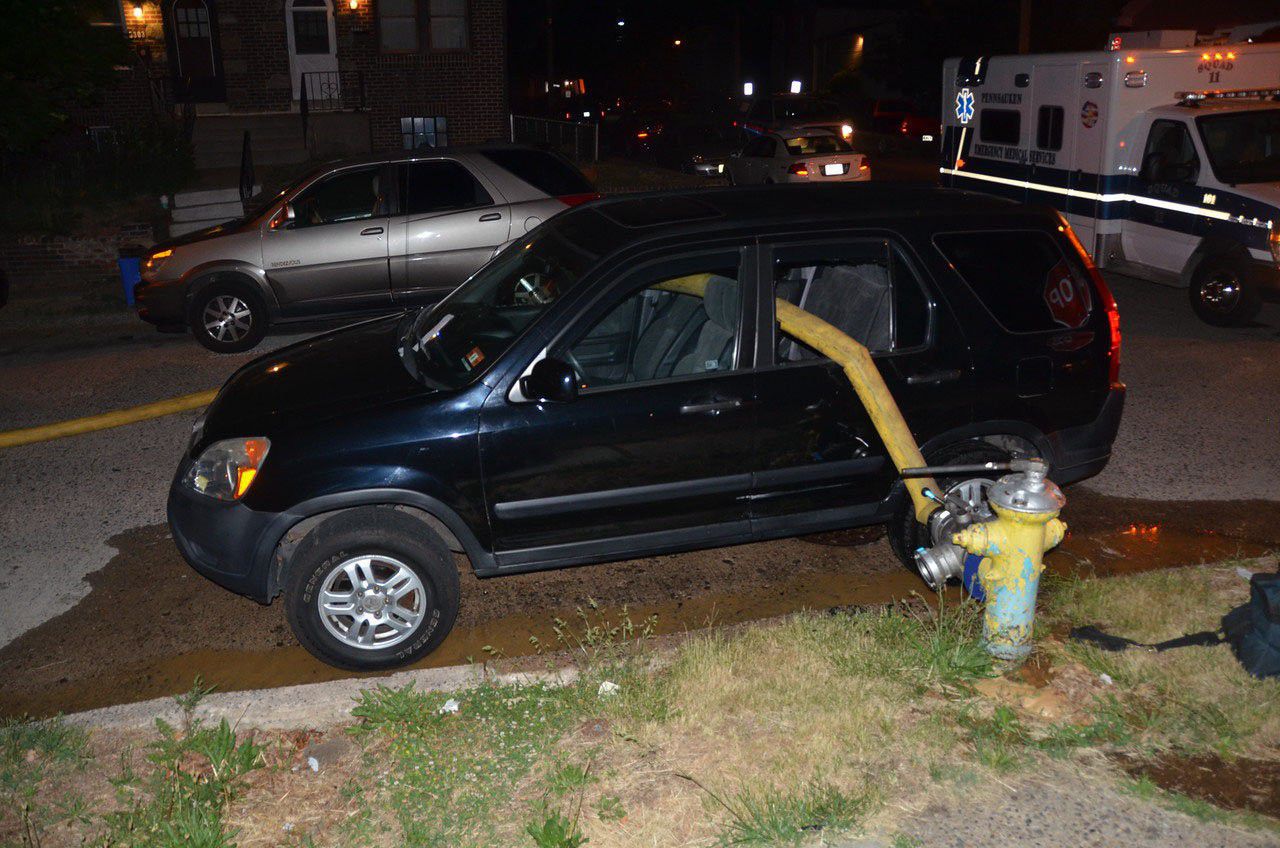 This is what could happen if you park in front of a fire hydrant in N.J.

An early morning blaze in Pennsauken forced first responders to shatter two windows of a vehicle parked in front of a fire hydrant, according to police and reports following the incident.

That happened in Boston last year. BMW was parked in front of hydrant for a town-house that was on fire. Unfortunately 2 firemen lost their lives in that fire. A Boston BMW owner made the mistake of parking illegally in front of a fire hydrant, so fire fighters battling an 8-alarm blaze simply smashed a hose through the windows Wednesday night.

It’s impossible for me to dredge up any sympathy for someone who blocks a hydrant.
My late father was a firefighter for almost 40 years after leaving the Navy and up to the time of his passing he always had to study something related to chemicals, hoses, pressures, pumps and their characteristics, techniques, etc, etc.

I know they’re correct in stating that bends in hoses do affect water pressure and volume and Dad would have knocked the glass out or shoved the car out of the way.
That was something he seldom had to contend with as he worked at several Air Force bases and had very little involvement in the civilian arena so to speak.

I understand why they busted out the windows of that Honda, I also agree that it shouldn’t have been parked there. But I can’t help but feel that it was the squatters who were apparently living in house that they didn’t own or rent who are to blame for the situation happening in the first place.

I agree also, but think there could be a plan b, though hopefully a lesson learned!

Maybe the CR-V belonged to the squatters. That would be justice in action.

This isn’t the first time we’ve had this discussion. A year or more ago we had a similar thread with a different vehicle, but the same situation.

Outstanding!
A salute to the fire fighters. Nice work.

I think we were up to about ten pages of comments when this came up last time, so I’ll just refrain from comment.

It’s standard operating procedure. Ask any fire fighter who has been on the job a while. It just doesn’t often make the news.

Everybody has an excuse.
How about just apologizing to the firefighters and the community, paying the ticket, and then just keeping your mouth shut?

Just a question though. I don’t know anything about fire hydrants, but aren’t those three different hose connectors on the hydrant? Wouldn’t you just pick the connection on the left since the hose is going down the street that direction anyway? And sounds like the building was vacant. I’d be interested in who the guy was that was standing around though. Might have been arson.

Again its the management of scarce resources rather than provide a sufficient supply of off street parking. We have regulations on the number of off street stalls that have to be provided for apartment buildings. That’s the real problem. But yeah pay the fine or plea your case.

Fire hydrants typically have a 4" or larger connection facing the street, this feeds the pumper. The pumper can then feed several hoses ( 1 1/2" to 2 1/2") the firefighter advances to the fire. The side connections are 2 1/2", you want as much water as possible feeding the pumper and the 2 1/2 does not have enough volume to effectivly feed the hoses.

I was wondering the same thing @Bing. I always thought that there were three threaded points to attach the hoses to.

Not that it would make it Ok to park blocking one!!!

We have one across the street and I’m the only one that ever goes out there and shovels out the area. I clear an area 4 feet all around and out to the road.

You never know when the wife may decide to try …I mean, cooking again!!!

She was pregnant, couldn’t find a spot, was fearful of an unidentified man loitering around, yada, yada, yada.

Granted, the pic doesn’t show much in either direction but it does appear there was enough room where she could have parked a little farther down. Four or five feet to the left should have cleared the hydrant with ease and possibly prevented a ticket and some glass work.

The phrase unthinking and uncaring oaf comes to mind; pregnant female or not.

Thanks @SteveCBT, for explaining that. Makes sense!!!

I suppose this means I can’t park in front of my own house? “I used to work in a place that made fire hydrants… You couldn’t park anywhere near the place.” --Steven Wright

I suppose this means I can't park in front of my own house?

You can’t. Is that fire hydrant to be used ONLY on your house? What happens if your neighbors house catches on fire. Even if there is more then one hydrant…a big fire the fire department will hook-up to several hydrants.

At least you have a hydrant in your neighborhood. Closest hydrant to my house is several miles away. Several years ago there was a brush fire in the neighborhood behind us…they had to bring in 10 tanker trucks from other communities.