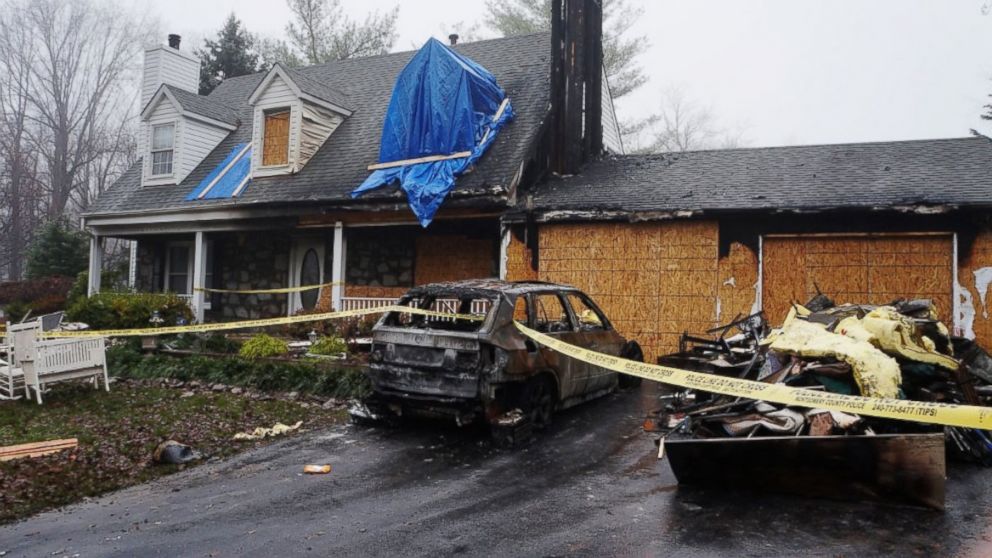 Vehicle owners and fire departments across the country are asking BMW to explain how some parked cars could suddenly burst into flames. An ABC News investigation airing today on Good Morning America, World News Tonight with David Muir and Nightline...

What do you think ?

BMWs are electrical nightmares. It would not surprise me if BMWs had wiring faults that caused fires.

That said, this story doesn’t show evidence of that. I counted 11 separate BMW’s (if you count the Mini they snuck in there) in the article, with years spanning from around 2003 to today. In those years they’ve sold nearly 4 million cars in the US alone.

11 cars out of 4 million is not indicative of a pattern. In fact, to find things that are less likely to happen based on this story, you have to start talking about winning the Powerball, or getting hit by a meteor.

If the “journalist” had been more interested in facts and numbers and less interested in sensationalism and Darth Vader costumes, I might be swayed into wondering if this were true. But as it stands, it’s just a BS story trying to scare people into watching the newscast.

I will also point out that this is a “book” month, which happens 4 times a year. It’s the period in which the Nielsen ratings company measures viewership. That measurement is used to determine how much stations can charge companies to advertise on their air. You tend to see a lot of sensationalist BS during a book month because it’s a lot easier to spew out BS to draw eyeballs to your network than it is to do actual in-depth journalism.

I have to totally disagree with you.

Don’t know about you, but getting your house burned down is as serious as it gets.

It’s very lucky no one has been killed.

Do you work for BMW ?

And the fact that BMW has no responded or offered any compensation speaks of a lack of responsibility and shows a cold-hearted company.

I am sure there will be lawsuits that will “motivate” them to do the right thing.

I gotta go with @shadowfax here. The newest of the cars cited was 7 years old. BMW’s have dodgy electrical systems. The article says 5 million cars but gives no total number of fires. Sure its a small number, a very small number. I am sure BMW is looking into the problem but apologizing for something that may or may not be a problem opens up a can o’ worms, legally. You apologize and you own it, no matter what the real cause is.

The bottom line is: Any car can catch fire pretty much on its own. Fuel systems remain under pressure after the car shuts off. Damage to fuel lines from rocks or rodents can cause them to fail and leak. A car sitting for days before bursting into flames has had an electrical problem, more than likely. It happens. It happens to some VERY expensive cars at a MUCH higher rate - because the volumes are so low.

Its a shame the house was burned but no one was hurt. Stuff can be replaced.

The bottom line is: Any car can catch fire pretty much on its own. Fuel systems remain under pressure after the car shuts off. Damage to fuel lines from rocks or rodents can cause them to fail and leak. A car sitting for days before bursting into flames has had an electrical problem, more than likely. It happens. It happens to some VERY expensive cars at a MUCH higher rate - because the volumes are so low.

I worked in labs for 25 years.

A fire requires oxygen,fuel, and an ignition source.

Oxygen being present is a given.

I do not know what is causing those fires, but an electrical short is a good candidate.

I am wondering why a fuse did not blow which would have preventing wires melting their insulation etc ?

And your thinking is flawed.

Kias are not immune:

Nope, not at all. Fuel is present in every car, including electric ones (not gasoline but flammable materials). Oxygen is all around us, as you say. Ignition is the easy one. Hot engine, hot exhaust, and electrical shorts. Electrical being a very good candidate for fires in cars sitting for days. Not all wires have or can be fused. Especially the big ones. Battery cables. And some cars (BMW’s) have batteries in the trunk with thick, long cables. And those big ones can cause some might big ignition sources.

I worked for 26 years for and auto company as an engineer and then 5 for an electric forklift manufacturer in R&D management. I’ve got a pretty good handle on “electrical events” becoming “thermal events”.

Nope, not at all. Fuel is present in every car, including electric ones (not gasoline but flammable materials). Oxygen is all around us, as you say. Ignition is the easy one. Hot engine, hot exhaust, and electrical shorts.

Hot exhaust and hot engine are NOT ignition sources.

It takes a flame or spark.

As an engineer, you should know that. ??

Thanks for the interesting video.

Maybe a BMW engineer helped with that design ?

I seem to recall Ford having some cars that caught fire.

My thinking is fine.

Your attitude is what’s flawed and distorted.

Nope, not at all. Fuel is present in every car, including electric ones (not gasoline but flammable materials). Oxygen is all around us, as you say. Ignition is the easy one. Hot engine, hot exhaust, and electrical shorts.

Hot exhaust and hot engine are NOT ignition sources.

It takes a flame or spark.

As an engineer, you should know that. ??

An ignition source is a process or event which can cause a fire or explosion. Open flames, sparks, static electricity, and hot surfaces are all possible ignition sources. An explosion can occur when flammable gases or vapors in the air come in contact with an ignition source such as a spark.

Really? You think so? Would you like to test that theory? Splash a little gasoline on a hot exhaust manifold or a hot catalytic convertor and watch what happens. Report back after you put out the fire.

Auto ignition for gasoline is only 536 F, an exhaust manifold will exceed 1000 degrees as will a hot cat.

I’ve watched it happen in real life and helped extinguish the fire. @bravesfan314 has it right.

I’ve watched it happen in real life and helped extinguish the fire. @bravesfan314 has it right.

I have too, but with toluene (which has the same flash point as gasoline) from the good old days when I used to work in the printing industry

I’m beginning to suspect Andrews 25 years working in labs was as a test subject for experimental psychotropic drugs.

Yeah Ford was having that problem. My sister’s house suffered fire damage when their Ford caught on fire in the garage. I think that was traced to the faulty cruise control module or something. At any rate the BMW problem is not fuel leakage after sitting for five days so most likely some type of electrical failure. If current is flowing all the time and contacts in a component fail and heat up, guess it just depends what flammables happens to be near the failed component. Is there any manufacturer now that has not been accused of turning a blind eye to failures? Yesterday it was KIA /Hyundai, then it was Toyota, and Honda, and Ford, and of course GM, and VW and Audi, and . . .and. . .

Just as an aside, I contracted for some fire safety training at work once where we trained people in using a fire extinguisher. Everyone put a fire out and it was drilled into us to shoot the extinguisher at the base of the fire not on top. So then why are they sticking the hose under the hood instead of underneath? They hose the cars and house down from the top down, instead of from the bottom up. Just seemed like it had little effect on the flames. Remember that though folks, shoot that extinguisher at the base. It runs out very quickly so you only have one chance.

Every car maker has had an issue with some catching on fire; usually due to an electrical glitch. The Recall letter I got from Ford on my Lincoln advised me to not park the car near shrubs, trees, houses, or other structures due to a fire risk.

Even Subaru has had a few hiccups.

Karen Swicker, a social worker in Massachusetts, was on her way to visit a client when she noticed a puff of smoke next to her left elbow. The door o...

As to what can cause a fire in a car that has been sitting in a garage for days so that it has no hot surfaces, how about a fuel leak coupled with a spark from a freezer, refrigerator, generator or air compressor. Also spontaneous combustion from oily rags, a dropped cigarette or faulty wiring in the garage. None of these ignition sources have anything to do with the manufacturer and any car can leak fuel.

You are correct. Flash point is the temperature when a flammable liquid evaporates sufficiently to create highly combustible vapors/fumes. As a Military Aviation and DOD/OSHA safety specialist I spent years of being trained and training others regarding this subject. Around 30 years ago there was a local news article concerning a car that suffered a catastrophic engine compartment fire while simply driving down the road. The investigation revealed the owner/driver had “fixed” a valve cover leak by stuffing rags between the valve cover and exhaust manifold! They survived and were unfortunately still of breeding age.

Based on your answer, I am thinking you did NOT research into flashpoints.

What is the flashpoint of gasoline?

The flash point of gasoline is negative 45 degrees Fahrenheit. At this point, enough of the liquid vaporizes to create a combustible gas. The flash point is one indicator of the flammability of a...