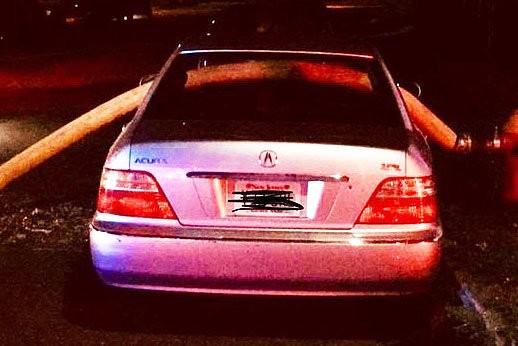 I saw a similar photo from years back with a Mercedes. Of course they could have shoved the hose under the vehicle but it was a statement of principle which I agree with. Today I was approaching a stop sign and a large SUV was making a left hand turn in front of me. Far to fast to make a proper 90 degree turn. I stopped well before the stop line as they put all four wheels in my lane! I laid on the horn then threw my hands in the air. Of course they could not care less!!! They are large and in charge!!!

If the car is close enough to the hydrant the hose cannot be bent to go under the car, even going through the window it has risk of a pinch in it reducing the flow.

I have not had the experience of being a fireman. Thank you for the information. I am now even more OK with smashing the arrogant idiot’s windows!

My dad was a lifelong firefighter after getting out of the Navy. He said at times they had to resort to “not being nice” to not only get the job done safely and efficiently but to make a point.

SteveCBT is correct about kinking one of those hoses. I remember that my dad had to study hoses, pressures, and a 100 other things all the time; even after being a fireman for 30 years. It was a non-stop schooling.
I don’t remember the details but I’ve heard him talk about pressure and volume being greatly affected on a kinked or partially flattened hose.

But, but, but . . . did it have a sign in three languages with flashing lights informing the person that it was no parking? Was there a parking Ap? I dunno but I think this could become a constitutional issue. The right to life, liberty, and the freedom to park anywhere you want.