Every 200 miles add some distilled water,

"Bosch’s new WaterBoost system is geared to drivers accelerating quickly or driving on highways, where the additional injected water reduces fuel consumption up to 13 percent. The higher compression ratio in the engine also leads to a carbon reduction of up to four percent in WLTC (Worldwide harmonized Light vehicles Test Procedures), Bosch said in a press release.

German automotive supplier has made what it calls the first system using water to cool engines for fuel savings and emissions reductions.

Bosch wants to put water in your engine - Roadshow

Water injection can provide a number of benefits, even if most folks think water and engines aren't supposed to mix.

Many WW-2 radial aircraft engines used water injection when the pilot asked for take-off power or war emergency power throttle settings…It’s purpose was to suppress detonation by cooling the intake charge at high power settings. This is not, by any means, new technology…It was particularly important on the turbocharged engines designed to run at high altitude at high boost…

where the additional injected water reduces fuel consumption up to 13 percent.

The words “up to” really need to be underscored. I guess compared to someone else driving with his foot hard on the gas pedal all the time. During “normal” driving, no water is injected. It’s sort of an alternative to having the fuel injection go rich during high power demand to stave off detonation. Who knows, perhaps the water injection is activated by the knock sensor also.

The hot-rod world has been doing this for at least 30 years. Got the idea from WW2 fighter planes (@Caddyman).

I remember water injection kits being sold by JC Whitney when the octane ratings of the “new” unleaded gas was too low to supply the 10:1 CR motors sold in the late 60’s. And as knock suppression so you could advance timing to improve mileage. Lately places like Summit Racing have been selling water/alcohol injection systems to guys jacking up their turbo cars boost levels.

I believe that the hydrogen generators were just vapor generators with “smoke and mirror” marketing.

Yup!
When Olds introduced a turbo-charged engine for its original compact F-85 model, it featured water injection, in order to reduce/eliminate the likelihood of detonation.
Unfortunately, a lot of F-85 owners failed to refill the water reservoir, or they balked at the price of the alcohol additive that GM sold for the purpose of preventing freeze-up of the water reservoir in the winter.

Wow, I forgot about that! The 215 aluminum V8 with a single turbo. Later the tooling was sold to Rover w/o turbo.

I did not even think about the water freezing up in winter, I wonder what percent of methanol is needed, HEET is not too expensive, I think it is methanol.

Water injection could also be used in non-supercharged engines to allow a higher compression ratio without having to use premium fuel. In this case, the water would only be injected when the manifold vacuum dropped to a certain point.
Actually, this has been done, in early John Deere model D tractors allowing the engine to burn low octane petroleum distillates or kerosene. The water was metered by a drip feed system with a shutoff valve controlled by vacuum and also a mechanical shutoff to keep water from dripping into the intake when the engine was shut off. The water tank was the engine’s cooling system and while plowing, you had to stop every once in a while to scoop up some water out of the creek and top off the radiator tank, straining out the frogs and minnows first.
I understand that it could also be shut off manually in case you got a hold of some good automotive gasoline.

Pilots DO check fuel tanks for water. We carry around test tube like cups to drain fuel from tanks and then look for water droplets. Each tank has its own “Curtis valve”, each engine has its own drain. On twin engine planes, the crossfeed lines have drains also. Water will settle to the bottom of the tester since it’s heavier than avgas (8lbs/gallon vs 6 lbs/gal for avgas).

Nearly 60 years ago I rode in a surplus WW II flight trainer that the local Civil Defense kept and it had a petcock under each wing tank. The pilot opened each long enough to get his fingers wet to test for water. Preflights on planes were quite simple back in the GOOD OLE DAYS. I saw a sediment bowl on a plane back then also but sediment bowls were very common on engines then. Even Briggs & Stratton 3 hp engines had sediment bowls with permanent filters in them.

And I also remember J.C.Whitney offered that water injection system dating back to before 1960 @Mustangman, and it was still available in the late 60s. The Ford 390 and 292 engines were notorious for heavy detonation in the hot summers here and I have seen the 1 gallon jugs strapped onto fender liners with plumbing running through PCV style valve then into the intake on many old Fords back in the day. I owned a 1963 1/2 Glaxie for a few months in the early 70s and if you could afford to hold it to the floor it might rattle a little but it was one of those cars that when you floored it the fuel gauge swung to the left in unison to the speedometer swinging to the right. 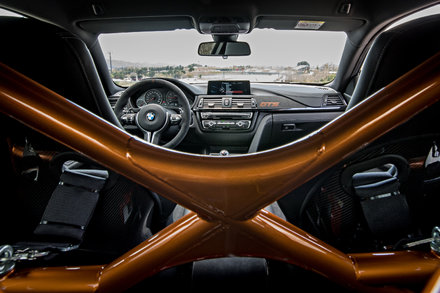 Water injection technology is well-known, but has not caught on in consumer autos. Bosch is betting that environmental regulations will help it go mainstream.