Understated elegance at its finest

to any 1959 offering from Detroit and wonder what inspires Americans to buy what they buy.

Yesterday I saw a late model Jaguar sedan that was quite similar to that 1959 model and it looks GRAND compared to what is currently being pedaled to US, even by Lexus.

When I was in high school, one of the regular substitutes was married to the owner of a large bus company, so they had… a lot of money. She drove an almost-identical Jag sedan onto the school grounds most days, and it definitely looked much more classy than the old Fords, Chevys, and Plymouths that the other teachers drove. I particularly liked the inlaid wood dashboards and interior trim that these Jags had.

That being said, based on the rust perforation at the bottom of the doors, and the surface rust in the trunk, I hope that the purchaser is prepared to spend a lot of money on restoration/preservation.

If I compare the Mark I to a 59 anything from the US, I’d say the styling looks old fashioned by comparison. This car is the 4th year of a design first seen in 55 and it looks like something from 1950. 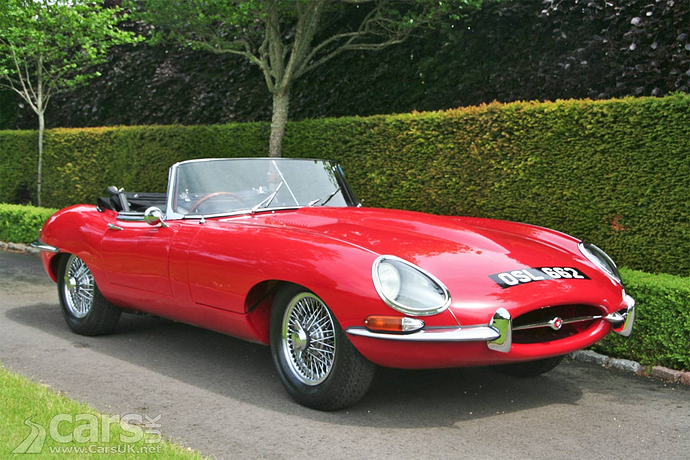 In 1950… THIS was the pinnacle of design… No kidding, this very car was displayed at the Museum of Modern Art in 1951 in New York as part of the best in automotive design along with 7 others. 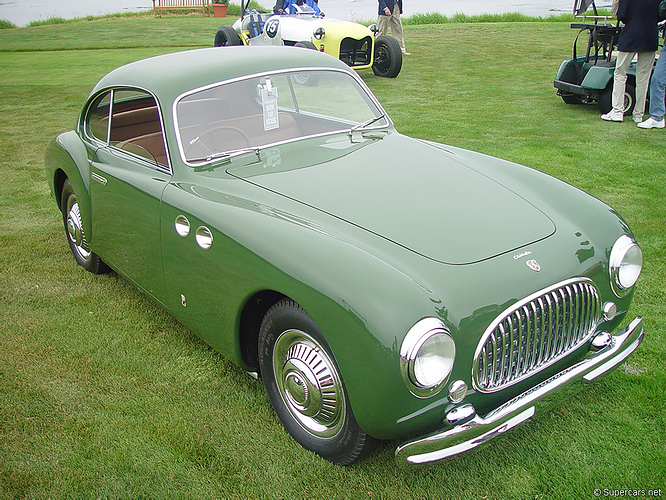 One of my friends bought a 1969 Jag XKE back in the early 90s for $1500. Only thing wrong with it was it was stored and wouldn’t start. I helped tow it home and found the fuel pumps miswired. It fired right up but ran poorly. After rebuilding the carbs, it was a solid car he drove for several years.

and found the fuel pumps miswired.

Because the Jag’s positive ground?

It’s been awhile but here’s what I recall. In negotiations, the father was selling it for his son who had been deployed overseas. His story was the car ran when it was parked. It wouldn’t start. Hemmed and hawed over it and we talked him down significantly due to the unknowns. Got it to friend’s house and the first thing I found was no fuel. The pumps accessible from trunk. Saw the wiring looked funny, connected up in a way that didn’t make sense for the wire lengths and how they would naturally lay. Unplugged them, put them into most natural position. Turned key, pumps ran. Primed carbs, fired right up.

I think Enzo Ferrari called the XKE the most beautiful car ever built.

I have also heard that Enzo said that. I think he is correct. This design still looks good today. As does the XJ6 sedan before the big bumpers in 73.

I liked the Studebaker Avanti for a long time but it has not aged well.

I liked the Studebaker Avanti for a long time but it has not aged well.

There is a gorgeously maintained Avanti I often see at car shows around St. Louis. It certainly has a very distinctive look. The first time I saw it some years ago I had no clue what make/model it was.

Anyone else care to buy a Cisitalia, with new technology, maybe even a plug-in hybrid? That is one great looking car. I’d never heard of it.

Crotchety old fart, not that impressed by the 59 Jaguar.

Another crotchety old fart but having grown tired of the 90’s GM Coke Bottle styling, the following Lincoln Box Car designs and the current Everybody’s Worn Bar of Soap (is that even design?), I love the lines.

Streamlined and with a touch of old school class and for it’s day had remarkable handling and performance.

The Jaguar S TYPE tried to copy it’s styling, but so did the Kia Amati a little bit.There was a S type on a local used car lot but it appears to have sold. It looked like they had it down to $999 with over 200,000 on it.

When I was a kid a neighbor had a Jag like that but nowhere near as nice. It was black of course but used as a daily driver.

To me, the XKE has to be the most beautiful car design ever. It looks as good in 2020 as is did back in the 60s.
My best friend’s uncle was an insurance agent and he used to collect XKEs although they were far cheaper back then. He would restore and sell some and keep a few. He was also a custom painter and used to paint a very subtle spider web design on some of the hood bulges. In a garage or in the shadows it was not noticeable but in the sun it could be seen and really made the car stand out even if not original.

Cisitalia was started by the man who sold the Italian army all its uniforms for WW2. Pere Dusio. He started the car company using uniform money and lots of Fiat parts. Only built cars for a few years because he hired Porsche to build Formula 1 cars for him.

Racing takes a fortune and turns it into pocket change…

this was a Smallish car compared to most American V8s of 1959 and it held 4 people while all the fgill sized V8s held 6 and more is you crammed them in and the American V8s would pull a 36 foot house trailer. The Jag at $4667 while a Full size Ford started at less than $2700.

The most famous Jaguar Mk II belonged to Inspector Morse, it only had the base 2.4 engine, I din’t know if they imported them here with that engine.