I was wondering if anyone has ever attempted this. I have a 88 Ford Tempo 2.3 HSC motor. I was wondering if anyone has ever attempted to turbocharge this motor. I bought a turbo off of a 88 Ford Thunderbird turbo coupe, which was also a 2.3. How much work do you think I would have to do to install this to my motor. To mount it I was going to have a custom header made to mount it. I also found there is already a spot on the oil pan to install the oil line.Has anyone ever attempted this? I would really like to know if anyone has ever done this or if you could give me some expertise about turbocharging. I have a little experience in cars but I am only 15. I plan on using it for drag racing and I figured it would give me some extra umph. Also, the motor will be going in an Escort GT. If you could help me it would be greatly appreciated!

It can’t be done.

Super-charged engines have lower compression ratios than the unblown versions. There is a great deal of convoluted physics involved with volumetric efficiency/rpm that you may consider investigating before installing a turbo. And also, a 2.3 HSC engine is a push-rod engine with little in common with the OHC 2.3 T-bird engine. Plus, it is my understanding the lag time on turbos makes them ill suited to drag racing.

I’ll ponder this a while and give you my opinion later. Some things may be improbable, but not impossible is the way I look at it.
Here’s my ex-turbocharged Ford 2.3 that now has a modded 5.0 with a supercharger from a Thunderbird SuperCoupe. Works “pretty well” for a pushrod motor.

Here’s a turbocharged, pushrod motor for ya! 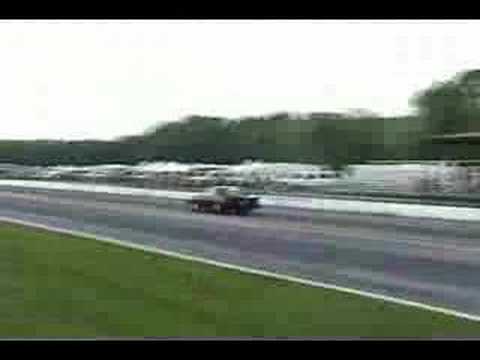 What a terrible response. “Yeah, you lousy 15 year old, quit being curious about things.” What a terrible thing to say to someone who wants knowledge and experience.

You want to run away from this forum before your head gets so full of “it can’t be done” and “you’ll never get it right” that you become disillusioned and give up.

The Ford Escort Owners Association is probably a better place to be hanging out.

Ford Escort forums at FEOA. A community covering all years of the Ford Escort.

Not very nice. Spending on time on cars that may never work is far better than hanging with the wrong crowd kids etc, drinking and doing drugs.

I doubt it will work either, but having a passion is good for a kid as it keeps them occupied.

After looking over a few things, I think this is a doable deal. The only thing I would NOT do is make a header for it. Find the entire shooting match off a turbo car; manifolds, throttle body, intake ducts, oil/coolant lines and fittings, etc. and go that route. It’s much easier.

As to compression issues the spec sheet shows both the turbo-charged and naturally aspirated engines at 9.0 compression UNTIL the early 80s when the ratio dropped to 8.0. What brought this drop on? The phase out of leaded gas.
Depending on the Tempo engine the comp. ratio is 8.5 to 9.0 and you should be fine with that. On the track you would want to run high octane AND you will also want to retard the ignition timing.

I also think the engine will hold together just fine under boost. Why? Because I have a turbo 2.3 that has been thrashed with zero problems. A gentleman who showed up at the local road race course about 5 or so years ago had a turbo 2.3 with the boost at 25 PSI! Stock bottom end and stock cylinder head (exc. for cam and porting). If that car will stand up at the track under 25 PSI under wide open throttle then that Tempo motor will hold up under 7 or 8 PSI.

Personally, I think it’s great a young guy is enthused enough to even attempt something like this. Will there be bugs? Yes, there always is and tha’s true of any modification. The fun is slogging your way through them and learning stuff along the way.It’s too bad that more people don’t get involved with vehicles like this guy and my hat is off to him even thinking about it.
There’s going to be some frustration and bad words at times but it comes with the territory.
OP, for what it’s worth I’m not a net surfer much at all. CarTalk and a few other sites such as eBay are the only ones I frequent at all with CT being my favorite. I’m usually around here and will be glad to answer questions as best as I can anyway, although sometimes it can be hard to do over the net. JMHO and hope it helps.

I’ll try to get some underhood pics when the ice melts off of the car and I can get the hood up. There’s some pics on my desktop but for some reason I can’t get them to open. I don’t think it’s the camera but the software. The wife has been slogging through that end of it since I gave up.
Might be time for a new camera, software, and start over.

Will rummage through some of the old files and see what’s there since I do remember taking some underhood pics several times.

Only one problem, OK: as already pointed out, the 2.3 in the Tempo has virtually nothing in common with the 2.3 used in the RWD cars, so he can’t take the parts from a turbo car and just bolt them on to this engine. A custom setup will be needed.

But a turbo 2.3 in an Escort could be a real sleeper!

As long as the turbocharger is small in size like that(T3), 25 PSI is not a big deal at all. If you drive a RS500 Cosworth with 25 PSI of boost pressure at the race track, that’s going to be definitely different.

I’d be willing to get involved if this guy has enough knowledge about cars, age doesn’t matter. Safety first. Hope this guy has basic skills in order to avoid serious consequences could occur.

Whatever happened to blowers? Or should I get a life? 390- whatever you do, “run what you brung” at the track. I had a friend who used to street race a '69 Mustang and he’s not with us anymore. I won’t go into the details. Good luck to you, 390 and be safe.

Ah, agreed. I keep forgetting the pushrod end of this equation. A turbo 2.3 should make that car move pretty good; and especially so if the car is only used for the strip and lightened through gutting it out.
It’s still a doable deal even with a bit of exhaust engineering.

A guy showed up at the strip here a few years ago on a test and tune night and was running a yawn Dodge Shadow. Surprised me when he ripped off a 13.2 on the first pass (turbo, no NOS) and kept chipping away at it. When I left he was down to 12.3 and heard he hit 12.1 later. He did say that with street tires it was hard to take off from a traffic light since the tires always wanted to go up in smoke.
Not too shabby for an inexpensive econo-car.

Hmm, I am missing something here. The Tempo has a pushrod 2.3 and the Turbo coupe got the Pinto engine with the power adder? I had no idea that Ford was making a 4 cyl pushrod. I obviously never got very close to a Tempo.

What kind of answer is this? If thats what you think than Im sorry I was just trying something new. It may not work but I am considering it anyway. I’ve always been fasinated with turbo’s and wanted to try it. I was not going to run a lot of boost, probably around 5-8 psi.
And if you are wondering, I do have a life, a lot more of one than someone who tells people to get a life. My whole goal with cars is to learn new things and have fun with my dad and my friends while doing it,
even if it dont work.
By the way, thank you to everyone else who has sent actual information and cool websites about their cars and turbocharging!!!

I don’t know much about hot-rodding late model domestics. You might want to try a more specialized forum (either a ford or drag racing forum), you will get more useful advice and less “Dr. Laura” crazies. Good luck, be careful racing.

Any one can flag a post- if enough people do, it will be hidden and reviewed- the administrator is probably really busy and can’t check everything, so the more flags, the better. 390- let this weirdo crap go in one ear and out the other, and if you do get on other forums, make sure to post back here if and when you finish your project- I love to get feedback from any OP, whether it’s a
woman w/an AC problem or a young guy building a race car. Good luck.

P.S: This guy telling you to get a life is like the pot calling the kettle black, ain’t it?

Can’t find the file pics but after using a couple of gallons of hot water on 3" of ice I managed to get the hood open and get a pic in spite of the camera. That car (and a couple of others) is still iced in place at the moment.

Supercharger is on left where the alt. used to be and the Ford alt. has been replaced with a physcially smaller Subaru unit which now sits where the air compressor used to reside. It’s a blow-through system with an Edelbrock carb.
The SC was about a 6 month deal to figure out. Every time I found a place to put it about half a dozen reasons would appear as to why it would not work there. The SC mounting bracket took 2 weeks of spare time and is nade of 3 pieces of 1/4" plate steel that has been swiss-cheesed to cut the weight down.