Transmission issues in Honda Accord SE 2002

The OP needs to bear in mind that some older Honda had transmission “issues”, and the Accords from the early 2000s had transmission issues so severe that Honda extended the warranties on those transmissions to 100k miles. Unfortunately, the elapsed time factor of that extended warranty has expired, so American Honda will not come to your rescue at this point.

As Cavell suggested, if the car is rust-free, and if you have kept-up with ALL of the mfr’s recommended maintenance–including the timing belt–then it is probably worthwhile to spend the money for a trans overhaul on a proactive basis–before it suddenly fails one day.

Most people seem to think that catastrophic mechanical failure will take place in a convenient and safe location, at a convenient time. However, based on the fact that the trans is already slipping, the reality is that failure is likely to take place soon, and in a possibly undesirable place and/or at an undesirable time.

If the car is in otherwise good condition, the only thing that the OP has to “gain” from waiting for the transmission to totally stop functioning is that towing will be necessary, the OP may wind up having to miss work or an important appointment, or the OP may find himself/herself in a…not so nice location…when the transmission fails. If you consider those things to be “gains”, then by all means defer the repair, but if–as I suspect–the OP perceives those possibilities to be negatives, then it would be far preferable to schedule the trans overhaul rather than wind up with a…surprise. 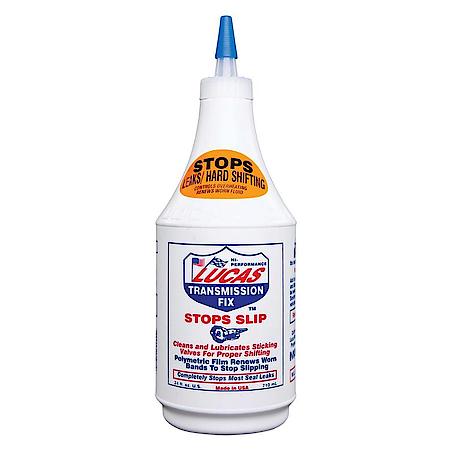 For our Lucas Transmission Fix review, I go over what the products offers and whether or not it helps with slipping, hard shifts, and leaks as it claims.

It might buy you more time before the transmission requires replacement.

The timing belt should have been done at 105,000 miles or 7 years, whichever occurs earliest. If it hasn’t been done, it needs to be done before you address the engine. Replace the water pump, coolant, and serpentine belt at the same time. It should cost about $700, depending on where you live. They should check the seals and pulleys at the same time and replace as needed. If you get those done, the price could rise to $900. If all that is done already, think about the transmission after trying @Tester’s cure. You should not flush the transmission of a Honda of this age. I have a 2005 Accord EX V6, and the owner’s manual says explicitly not to flush the transmission. If the fluid has not been changed, you might also try that as a cure. First check the fluid level to make sure it is full. Since you are working with a mechanic on this, he should (should) have checked that already. The Honda procedure is to drain and fill 3 times with a short drive between drains.

It sounds like worn clutches, which will eventually require a rebuild or transmission replacement. But there’s some chance you could get lucky and a proper service might do the trick. That means draining out the current fluid, and replacing it with fresh. If your transmission is configured so it is possible, the pan should be removed, inspected for metal debris, and thoroughly cleaned as part of this. And if your transmission sports a replaceable filter, that should be replaced. There’s also some chance that this is just a solenoid that’s gone bad. If so, you might get out of this without much expense. You’d need someone with the appropriate expertise to say one way or the other.