Ford Ranger is makeing a comeback, less than $25k? Bought my 03 for 10K, oh well, might take a look anyway. 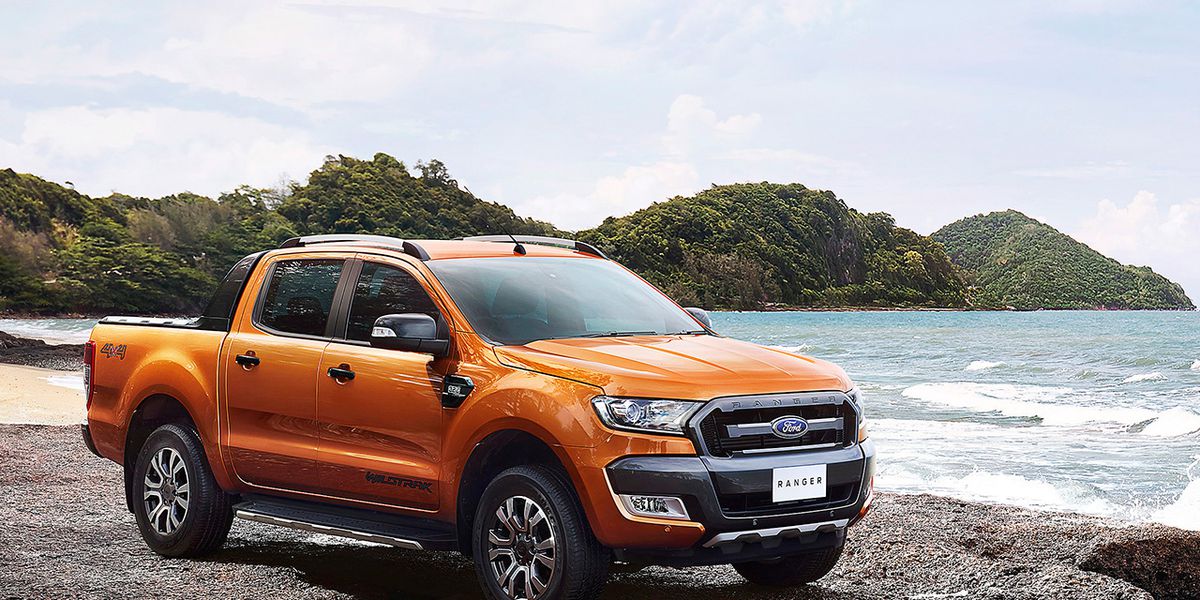 Expect a diesel and a base price below $25K, but no Splash edition.

I just received the March issue of Consumer Reports. Of the four SUVs tested, only one was under $40K. I guess today’s younger consumers have to have luxury. I think this is true in everything it tests. A year ago, our 25 year old washing machine needed a repair. After looking at CRs recommended machines, I elected to spend $275 to have our present machine repaired.

Be sure to pay attention to what is on Ford lots when the APR gets to 6% and gasoline approaches $4.

Ford offers 5.9% APR financing for 72 months, gasoline in California is $3.50, I don’t expect much to change when gasoline reaches $4 again.

Of the four SUVs tested, only one was under $40K.

Seems to me, CR tends to test higher end models…of everything.

I grew up reading CR and have been a subscriber for over 50 years. CR tested things I needed to buy, and the price level was in my range. For example, back in 1965, from its road test and report, I could make a decision whether I wanted a Rambler Classic, Ford Fairlane, or Chevrolet Chevelle. The front and rear legroom, measured in inches, the noise level, measured in sones or decibels, the turning circle radius, wheelbase and overall length were given, as well as overall driving impressions. Now fewer of the actual measurements are given.
I am not certain that the frequency of repair records for vehicles are all that meaningful. These repair records are the results of subscribers to CR. If the subscribers are only higher income people, whom CR seems to target in the products it tests, the results may be biased.
I do keep up my subscription because I like seeing what rich people purchase. However, for this old geezer, I’ll keep to simpler devices. For example, I may have to buy a new mower this coming spring. I’ll stick with a push mower as opposed to a self propelled which has more to go wrong. I don’t need an ice maker on my refrigerator as I have no trouble emptying ice cube trays into a bin. Our Toyota dealer has a restored Toyota Hilux pickup from the late 1960s or early 1970s on display. For me, this would be a very practical second vehicle to do the odd jobs I do for my church or around home.
Maybe, as a 76 year old geezer I’m stuck in the past. If today I am supposed to have a crew cab pickup that costs $50k, a $6000 designer refrigerator that sends a message to my smartphone that my beer supply is low, I’ll stay in the past. I can count the bottles of beer I have left in my refrigerator.

If you take a minute to look at what financing looked like in 1981 you will see just how serious the situation was @Nevada_545 .

The Early 80's Were Way Worse Than Today

And it presaged one of America's strongest economic expansions.

I financed a commercial truck in 1981 and 24 months at 16%+ was the best the bank could do. But then there was a hyped up 3 year depreciation schedule and because the truck was a domestic model I got a ~$1,100 tax cut indicating there was a lot of federal counter intuitive effort to control inflation.

As for the current APR on automobiles I am only aware of what I see on television and most dealerships are offering 0% to 1.9% with some heavy discounts but then the commercials fade away with vague mentioning of rates and bargains with the statement “to qualified buyers.”

But the point remains that I suspect a return to historically normal finance rates for automobile buyers and the automobile industry will result in a leaned down MSRP and a commensurate leaning down of luxury and power of models stocked on new car lots, dontchathink?

And that will get the attention of anyone on a budget

Sadly, no. Only that $1125 monthly payment will get any attention. Most people don’t even understand that they are paying $81 large for that $50K truck, or don’t care, as long as they can make that payment. They have little understanding of interest rates.

There was no financial education in my high school. None. I understand that there is some today but I don’t know to what degree.

It depends on the school system. IIRC, @bing said he had it. I didn’t have economics in high school, though I had to take it in college. I really didn’t learn about interest rates until I bought a house. Computing interest and remaining principal is easy with a spreadsheet.

Yes, everyone had economics in high school as part of Social Studies where we learned about GNP and micro and macro economics etc. But typing and general business were electives that you had to want to take. General Business was very good and included bookkeeping, stocks, personal finance, how to write a check, etc. We tried to make funny money in the market. We called the teacher crazy but he was very good. We all kept records of our expenses and the teacher said he stayed up all night looking for a 7 cent error in his records. Think it was the parking meter he forgot about. Also talked about business ethics. To bring it back to cars, he canceled a car deal after the bankers son mentioned to him that he was getting a new car. He thought that was a breech of confidentiality and canceled. Learned a lot.

I learned quite a bit from my dad about finances. I later took Econ 101 in college as well as a class on calculating the time value of money, interests rates and such.

I grew up working in the family’s neighborhood grocery store and a 400 acre farm raising beef and blisters. Somewhere in my early teens it occurred to me that for a business to succeed a considerable amount of cash was required to be kept on inventory. And as for high finance I saw a 160 acre farm and 2 nice homes purchased on a quit claim deed hand written on one side of a brown paper bag and a hand written check to pay for it on the other half of that bag. My own personal hands on experience with high finance involved throwing a few decimal points into Uhaul in 2009 on a dare and finding my hunch was correct a few years later.But the majority of Americans seem to know even less than me regarding that subject and far too many find themselves being lured into obligating future income on immediate pleasure and as I have mentioned easy money financing of automobiles is a common mistake. I read somewhere that the automobile market us currently oversold. Google searches seem to run down too many dirt roads but I did find that there are currently 1.9 automobiles registered per 1.8 licensed drivers. Obviously we bought too many in the last few years. And does anyone think that all those excess cars are 5 speed Kias and Hyundais?

The last 3 weekends, I have been traveling by train around the greater metropolitan Chicago area using the Metra weekend pass for unlimited rides. It is a good way to see the area. It was $8 and then went up to $10 this past weekend.

I saw a lot of nice scenery.

I saw a lot of junk yards with boats and automobiles. There were also idle train cars in train yards.

What can be done with all of this junk?

The last 3 weekends, I have been traveling by train around the greater metropolitan Chicago area using the Metra weekend pass for unlimited rides. It is a good way to see the area. It was $8 and then went up to $10 this past weekend.

I traveled out for a weekend vacation to Chicago in October last year, I was extremely impressed with both the price of their Metro System, how clean it was, and how reliably it ran.

As far as the junk goes, what can be done all depends on what the junk is and whether it’s been contaminated by hazardous and/or toxic waste

What can be done with all of this junk?

Junk cars can be melted down and made into new cars again. Or to anything constructed of steel and aluminum. Auto’s are very much recyclable.

An old friend in the wrecker business had accumulated 2 acres of abandoned cars and sold them for scrap. When the weighing was over his check was near $1million. I don’t know why he keeps working.

He keeps working because $1 million only provides $40,000 per year if he can get a 4% return. If he gets a lower return, he has to dip into the principal. If he had $3 million, now we’re talking about a living return with cushion for investment losses.

All things considered he must just enjoy working.

Could that be a sign of things to come?

They aren’t that common on lots but there is a base trim of the Chevy Colorado, manual only with a Sticker price of about $21,000 before any discounts.