'Sunroofs Are Growing in Size and Popularity. Rules Haven't Kept Up.' 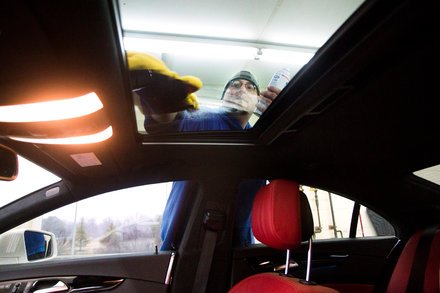 Sunroofs Are Growing in Size and Popularity. Rules Haven’t Kept Up.

More buyers are ticking the sunroof option box, and carmakers in search of an open-air feeling are making them bigger. Safety advocates see a problem.

ARG, improve the effectiveness of seat belts! Is not the danger of ejection greater in a convertible?

As far as sunroofs, I have no desire for one but another convertible-yes.

This is a lot of concern and cost for a very, very, small number of fatalities (less than 100) that may not even reduce the number an appreciable amount. Whether you go through the sunroof or impact the roof of the car in a rollover, the likelihood of injury or death is still pretty good. Use your seatbelts, boys and girls!

If you want to have an effect on fatalities, lets concentrate on kiddie pools (187 a year) or the 90-100 child bicycle deaths. Or the scourge of the kitchen - toaster deaths! 300 every year! I know this sound ridiculous but its true.

This is one of the reasons why the NYT is a failing news source.

Post a reply to the story at NYT and tell them about the toasters. That story will come next.

Ejections through sunroofs? Anyone who gets into an accident that causes them to be ejected through the sunroof (1) isn’t wearing their seatbelt, and (2) is probably driving extremely dangerously anyway. The NYT just found something that isn’t regulated, and in their mind that’s an un-American situation. The NYT gives idiots a bad name.

Sunroof problem ? Good Grief, here in Oklahoma the bigger problem is teenagers driving pickups to fast for conditions and not wearing seat belts

I sometimes wonder if Random Troll is on the NYT’s marketing staff.

Having just read the story, I see where the safety folks are getting the idea. I don’t like the panoramic ones for a number of reasons and safety is one reason. All that glass is heavy, heavier than metal and fabric and putting it up high is dumb. I also think it reduces the vehicle’s stiffness and its ability to handle impacts. Having had my Accord’s sunroof shatter and fall into my face on the highway, I would like to see a change to the glass used in all sunroofs. I keep the shade closed almost all the time and I like the new shades that allow light in, but would catch glass if the panel broke. As to the ejection part, as others say, seatbelts do work, and the story is incorrect on the point about “manufacturers not paying attention to the mandate to prevent ejections.” Seatbelt warnings were the correct, and totally annoying result of that mandate. I curse those chimes when I am moving vehicles around my property, which I do often. I test cars weekly and the panoramic moonroofs make no sense to me. They are not visible to the front passengers, so what is the point? 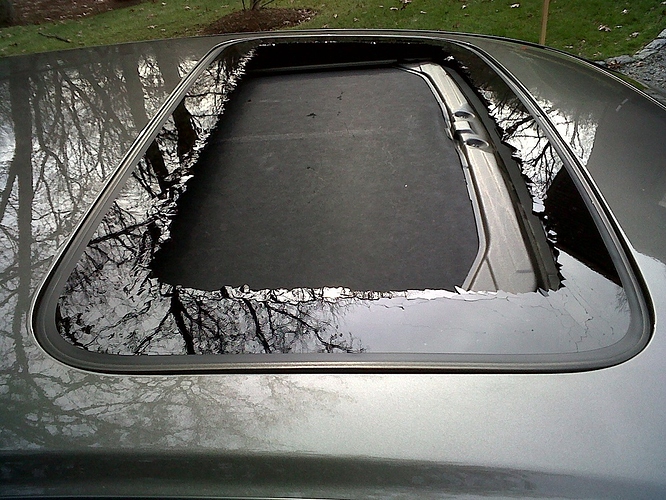 They are not visible to the front passengers, so what is the point?

Fresh air and sunshine. They aren’t there to be looked at.

If they make no sense to you, don’t get one. I love mine.

I love my sunroof during the day and at night it’s a moonroof.

I love them both.

My 59 VW had a sunroof with a canvass top. No seat belts, but I never got ejected once. I did make an emergency escape through it though. So if you are belted in, are you likely to be thrown out the sunroof? And if you are sailing into the roof, do you really want to hit something that doesn’t break away? Just wonderin’.

My 59 VW had a sunroof with a canvass top.

A friend had an old VW with a sunroof; because he lived in Iowa he called it a cloudroof.

if you are sailing into the roof, do you really want to hit something that doesn’t break away?

Don’t most drive in automobiles with roofs that don’t break away?

Still hired, paid and directed by the Gray Lady.

so what is the point?

Because some people like them. Don’t buy a car with one if you don’t like them. Simple.

In all my many years I’ve never once heard of anybody being ejected through a sunroof.
The whole idea that there needs to be yet more regulation to prevent it is ridiculous.

My wife insists on having a sunroof, so that settles it.

4 convertibles and 1 CJ 5, nobody ever ejected.

Some of my riders have wished for a driver ejection seat, too-not going to mention any names.

And there it is…