You are right, and your friend is wrong.
The Jag V-12, which was essentially two of their straight sixes put together in a V format, allowed the use of many existing components.

They made no production v-16, for sure, and I don’t think they made any show cars with one, either.

If your friend insists Jaguar produced a V-16 in the 1980s, ask him to prove it. Pictures of the engine or the vehicle in which it was installed would be nice.

I seriously doubt he will be able to produce any results, no matter how hard he searches.

What will you win?

I saw an old firetruck with a V16 in it. Can you believe it had a single barrel carburator!

Imagine the low end torque on that puppy

You could get some Jaguars with a 90 cubic inch V-16. The engine was built by Coventry Climax specifically for some XK-E models to be used in races limiting displacement to 90 cubic inches. It put out the same horsepower as the 6 cylinder.

Please provide a link to that information. I can’t find anything about it.

Coventry Climax made a FLAT 16, not a V16 in the early 60s for Formula 1 but it did not race. Problems with reliability. Exactly the same for a BRM flat 16.

Porsche also made an air cooled flat 16 from 2 of their flat 8 racing engines. Same deal.

A handful of companies made V16s for road cars. Cadillac and Marmon in the 30s and Cizeta-Moroder (sp?) in 1991.

My dad bought a v-16 caddy that had been swapped to a ford flathead v-8. They did crazy stuff after ww2. He worked at a Catskills garage as a teen. Has some wild stories of eccentric car owners.

The V16 Caddy was one of the best looking engines, ever, IMO: 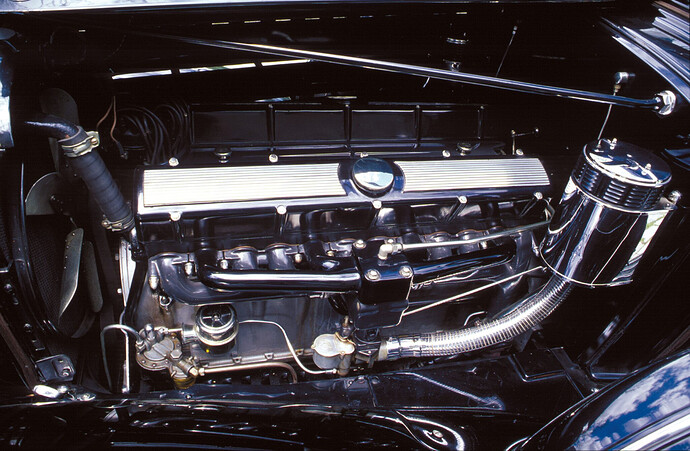