Seems Russia is running low on cars, decides to resume production of Moskvich. 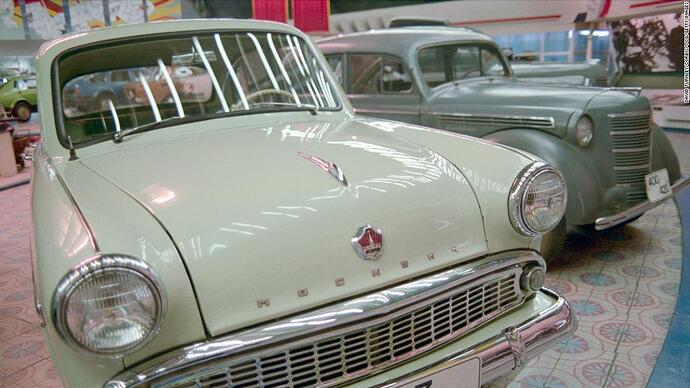 Russia needs cars, so it's rebooting this Soviet-era brand

After Renault announced its departure this week from the Russian auto market amid the country's war with Ukraine, Moscow's mayor announced its factory will be used to restart the defunct Soviet-era Moskvich car brand.

So Russia is going to continue to produce Renaults, which reminds me of when Yugoslavia decided to take over their domestic production of FIAT hatchbacks…and the result was the YUGO

Couldn’t happen to a stupider bunch of SOB’s and may their dashboard knobs forever fall off.
To quote Ben Franklin, “Experience is a hard school but a fool will learn in no other”. .

So Russia is going to continue to produce Renaults,

I think the Moskvich of the past may have been the car that had a separate pedal to add extra oil the engine bearings, you pushed the pedal when you thought it needed it. Well, its a work-a-round … lol …

The only thing that I recall about the absolutely-awful Moskvitch was that it featured a removable floor panel so that the owner could do some ice-fishing from the “comforts” of his Moskvitch’s interior.

Edited to add:
I think that the ice-fishing floor panel was a feature of the even-worse Soviet Zaphoprohorzets, rather than the Moskvitch.

I used to know a guy who was assigned to the USSR by the US State Department. He bought a Russian Zhiguli (pronounced “jigg-u-lee”) automobile while he was there, and he said that the ride was indeed… jiggly.

If I lived in ice fishing country, and liked to ice fish, that seems like a selling point a car buyer might consider. Esp if you could idle the engine to keep warm, without the engine noise scaring the fish.

As featured on Top gear the Zapho has the panel in the floor for ice fishing along with a lamp that plugs into the car to hang over the hole.

I’m about 3/4 way through my Russian history lectures but haven’t got to cars and probably won’t. They have had many challenges trying to unite Serbs and nobles and lagged behind industrially to not make good use of their vast resources. This whole thing is crazy times. At least they could make VW s or something.

Excuse my English but this dang computer keeps changing what I write. Turns vw into vows.

Circa 2001, I was driving past a used car lot on US Route-1, fairly close to my old school, and they had a Zil-111 sitting there. One day after work, another faculty member (who was also a car nut) went there with me to look at it. It didn’t have as much chrome as the one pictured below, but it looked essentially the same.

How (or why) that oddball car had wound-up there is a mystery because there was nobody in the lot’s little shack/office to whom we could speak. I did notice that the tires were badly dry-rotted, but the interior seemed to be in decent condition. And, of course, getting parts for that old monster of a car could be very difficult. 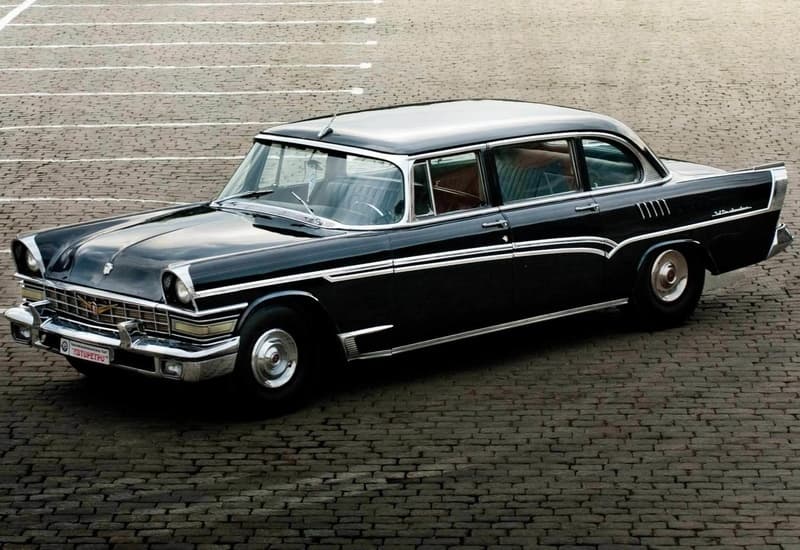 My Zil comment should have mentioned if MB and BMW stopped exports to Russia.
That Zil appears to have been heavily influence by the last non-Studebaker based Packards.

It was, and there was quite a bit of parts interchange between mid 50’s zils and contemporary Packards.

Maybe it was part of the Russian consulate fleet in NYC.

From the side, that quarter panel looks like a 58 Buick, and the front looks like a 56 mercury. I would expect rust to be a problem above the headlights just like in the 50s.

Do you mean serfs and nobles?

They’re also going to produce vehicles without niceties like airbags

I’m an American, lived in America all my life, neither of my vehicles has airbags. Somehow I manage. Lack of airbags is the least of the problems in that part of the world.