A Lada for Luddites

Unfortunately for the anti-technology faction, you can’t buy one in The US, or in Europe. 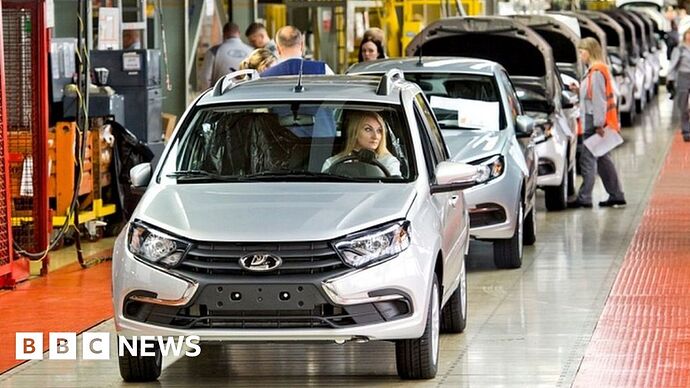 Russia's economy in for a bumpy ride as sanctions bite

Four months after Russia invaded Ukraine, the economy still works but it lacks some of its parts.

The car doesn’t look as terrible as I thought it would, to be honest. Although it probably is. Pretty impressive that they’re still able to manufacture them with only ABS, airbags, and seatbelt pretensioners missing.

The car doesn’t look as terrible as I thought it would, to be honest. Although it probably is.

How can you say that about a car that was developed with the “help” of Renault? 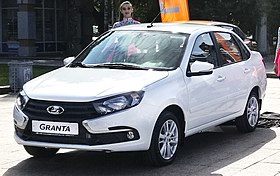 The Lada Granta (Russian: Ла́да Гра́нта) is a subcompact car developed by Russian automaker AvtoVAZ in collaboration with Renault, based on the Lada Kalina platform. Mass sales started in Russia on 1 December 2011. Additional production at the Izhevsk plant began in September 2012, after the old VAZ-2107 was removed from production. A five-door hatchback variant, aimed at replacing the discontinued Lada Samara 2 series in the line-up, debuted in 2014. The Lada Granta was the best-selling car ...

Renault ended the joint venture this year but it was designed for the Russian market, Dacia’s would have a better chance of coming here, but they don’t offer the luddite spec Sandero in the UK anymore,

I think the Lada looks pretty good. It’s reliability, safety, don’t know about that, but an econobox with no-airbags, no electronic stability control, no ABS, and simple seat belts, seems a step up the reliability ladder to me. The problem I expect for the average Russian citizen isn’t that there are no new cars for sale with airbags; the problem is they can’t justify making any big purchases b/c of the rest of the economic problems outlined. China’s and India’s “sanctions?
what sanctions?” massive purchases of Russian oil are about the only thing propping up their economy.