I recently acquired an old-school car, namely a 1969 El Camino. This animal is mostly restored and drives well, but there’s a few more things that I would like to do. First off, I just want to clean the thing. There’s a noticeable level of grime in the grill, bumpers, and on the engine. I want to clean this up, but I’m worried about damaging any parts and wrecking my new ride. Any suggestions?

Not much electronics to worry about, but still avoid power washing the engine bay. Several rolls of paper towels and engine cleaner spray will work wonders. As for the grill, I’d probably use window cleaner and cotton rags, for the bumper some chrome polish.

Nice.
I use this Klasse stuff to wash the body with, which does well at taking grime off. It also creates this very thin film layer that seems to repel dirt nicely. 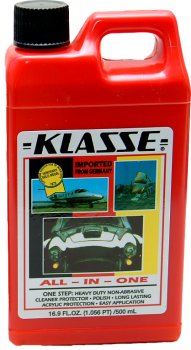 Amazon.com: Klasse All In One 10 oz.: Automotive 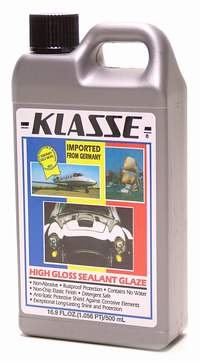 Thanks for the advice, I’ll be sure to check out your suggestions. Next I need to figure out how to install a windshield wiper motor and reinstall rubber linings around all the windows so it doesn’t leak on me.

Barnes & Nobles Bookstore has books on cleaning and refreshing classic and old vehicles. It might be worth a stop.

Look on SteeleRubber.com. They have a number of tips on how to put a window in. I’ve successfully used the ‘string technique’, where you use a string to guide the rubber over the sheetmetal.
In case your seal is bad, they likely have window rubber that fits - they have a very good selection of vintage rubber parts.
It is a bit spendy but of high quality so well worth it.

“Simple Green” is a good and safe all around cleaner that does a good job cleaning almost anything. It’s a concentrate you just dilute with water for the chore your doing.

Simple Green is indeed an amazing product; I’ve been using it for years on a variety of surfaces and it does a nice job.

Be very careful should you choose to use an engine degreaser/cleaner; some of them can damage painted surfaces, plastics, and rubbers. If your Camaro has been detailed under the hood at some point it might be best to stick to something more gentle. And be careful to keep water away from the distributor and carb/air cleaner.

CCComander, it’s an El Camino, not a Camaro. And, it sounds like the engine hasn’t been detailed in some time. But I agree. Keep water away from the distributor and carb. Neither likes water very much.

Keep water streams away from the distributor and the ALTERNATOR. As long as you don’t pour any down the carburetor don’t worry about getting the outside of it wet.

Whoops, good catch…saw the “C” and read it Camaro…

I just had to have a new windshield installed in a car. They did a fantastic job, looks like new perhaps even better. Go to a reputable glass installer and see about sealing up the windshield and back windows. I bet they can do a great job and the price might be better than you expect.

@UncleTurbo - thanks for the suggestion, although I have a feeling that the glass shop won’t want to touch my car. At the very least, they should be able to give me some sound advice.

If not a glass installer, maybe a bodyshop can give some helpful advice.

Once the windows are removed, the glass shop may balk at re-installing them if there is any rust. If there is rust in the window area, you will need to get that taken care of before you have the glass re-installed.

I needed to replace a leaking windshield gasket on my 67 Cougar. A local auto glass company would not touch the job unless I agreed not to hold them responsible if the windshield broke in removing it. I did. The windshield didn’t break. They charged me $45. I went home dry and happy.