I’m on a budget roughly $1,000-$1,500 I’ve never done heat reduction and i’m looking for the best bang for the buck result wise. The turbo is a garrett G25 on a LX honda civic 2009 with R18 motor, unfortunately not k series… During fall and spring never issues, Boost doesn’t leak, it grips n rips when you need her too. Summer whole different story i’m sure every turbo owner knows.

So far the list that came up in my head was
*Upgrading fans to low profile fans
*Changing all fluids
*Maybe re-tune but $600 just to strap it up… hasn’t been tuned since its been moddified but no parts have changed either.
*Turbo blanket and exhaust wrap on the front end of the car
*Removing front bumper during summer time (near the turbo)
*check to see if there additional oil cooling system for my car
*vented hood, tho i doubt it would be a huge help since on the lower part of the car.

So, what’s the best for result since im not looking to do each one, or did i miss anything else i should do?

No diy’er turbo experiment myself, but could the problem be a problematic inter-cooler?

You think just start with new intercooler and radiator? since might as well do a new radiator, if i gotta take it off anyways. 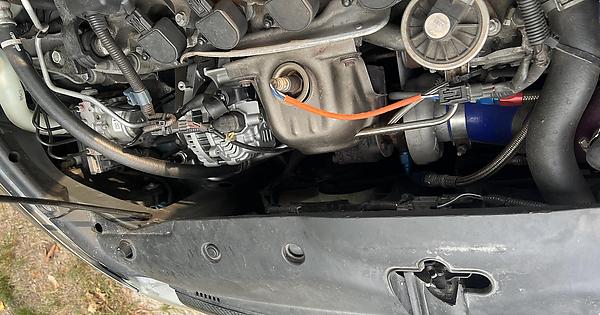 I’m not qualified on this topic enough to say with any certainty what your best course is, but if I had that problem myself I’d be very suspicious of insufficient intercooler functionality.

Wrap the turbo and vent the hood. Letting air out is as important as getting air in. The vents should be about 6 inches or so behind the radiator.

I assume you are talking about overall temps being a problem and not the power laying down when it is hot outside.

I think that is the intercooler rather than an oil cooler.

I asked the person about the oil cooler, little bit ago.

hopped on google in meantime, I guess the honda civic oil cooler kit brings up like 10 different intercolers. So not sure if the person meant just to say that, or if theres an unoffical name for it.

I wasn’t ever gonna modify the front bumper lip, but what about just not having one at all?

$1600 which is a little overbudget, now the only hard part is wondering how much result each one will give before investing lol.

Again I ask… exactly what is going on? Is the engine overheating? Or is the power reducing if the air temp is hot? The solution depends on which it is.

if 80 degrees and driving like grandma = full boost , no lag, grip n rip

OK, none of that info told me the coolant temp you see, or the oil temp (if you have it).

What do you mean by this? Low boost? or lots of lag?

By “heatsink” do you mean after a hot track run, the next one the power drops off? Or low boost?

Does the engine have knock sensors? Are you running premium gasoline or E85 or a mix?

And are you running the stock radiator or a thicker core racing radiator?

By “heatsink” do you mean after a hot track run, the next one the power drops off?

Maybe he’s concerned about heatsoak. If he’s running the stock radiator that could be an issue. Also if he’s running 87 octane, that could limit boost, but he said it hasn’t been tuned since the turbo went on. I’d be curious to learn more about the tune (canned or dyno) and if anything had been done to the car since then.

It’s running 92 premium from costco, It was dyno’d by the same shop that put all the parts on. It was a racetrack with a huge shop and dyno. So like kid in candyshop kinda place for coverttes, wrx’s that kinda deal.

So I’m not worried about a bad tune, I guess I was concerned after 60k miles do internals change and timings and this and that, which could add more stress if everything isnt combusting perfectly, I do have a wideband gauge installed Full throttle:11.3 coasting 14.8

for low spool i mean once its hot hot outside, it’ll take a long time for the turbines to kick up to normal. a way to describe the feeling is like theres a 500 pound weight sitting on the turbine and theres no air molecules to get it going, and also the car sits rich and car snails speed until everything gets going 3-5 second lag when its hot hot

but this is basically the same symtom of heat sink. I think your right and just gotta drill some holes in my hood because the only way for heat to go is under. so with this route

Typically cut with a friction wheel on a die-grinder. That makes the cleanest cut. You can drill the corners with a step drill to get a nice radius and friction gut between the holes.

is there any con of doing this, like do i have to try to hand wash my car so i dont soak the engine every car wash, any worries with cold air filter? probably have to build a box for it

Well, yes. The vents should not be immediately over the coils or the air filter. Position them so they don’t wet those even in the rain. If there is no way around it. you’ll need to fab a shield to redirect water.

You STILL haven’t told me if the engine is overheating!! Or if the radiator is stock!

Heatsink, or heat soak as @FoDaddy correctly calls it, is a problem of too much timing advance for conditions, inadequate intercooler size and inadequate cooling. So vents, intercooler and a bigger radiator as must-haves. Doubling the horsepower without increasing cooling is a recipe for a blown motor.

Also don’t shut the car off after a track run, let it idle with the fans going full blast and hood up for to let it cool down.

And consider running about 30% E85 in the tank. Test it with 10%, 20% and then 30%. The engine will use more fuel which will help cool it and the mix will add octane to keep the engine from trying to burn holes in the pistons. 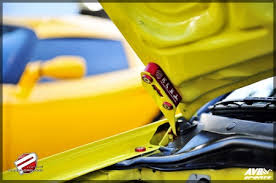 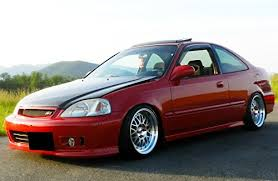